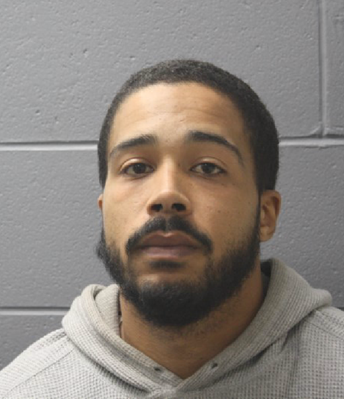 An arrest has been made but two suspects remain at large in the Feb. 5 burglary at the Foxborough, Mass., home of New England Patriots tight end Rob Gronkowski, the Foxborough Police Department announced Friday in a Facebook post.

Anthony Almeida, 31, was arrested Friday after a search warrant was executed at his home in Randolph, Mass., police said.

Police said items recovered in the course of the investigation so far include an Apple watch, a Rolex watch and two 19th century rare coins. Other stolen items including guns owned by Robert Goon had not yet been recovered, police said. Goon is Gronkowski's chauffeur and security guard, according to Reuters News Service.

Gronkowski, 28, who grew up in Amherst, is one of several New England Patriots players with a home in Foxborough, Reuters reports.

Goon tweeted a photo of the two at-large suspects with "You better hide I'm coming."