SALAMANCA – Five of the 11 healthiest watersheds in New York State outside of the Adirondacks are in or around Allegany State Park in Cattaraugus County, a first-of-its-kind state assessment shows. 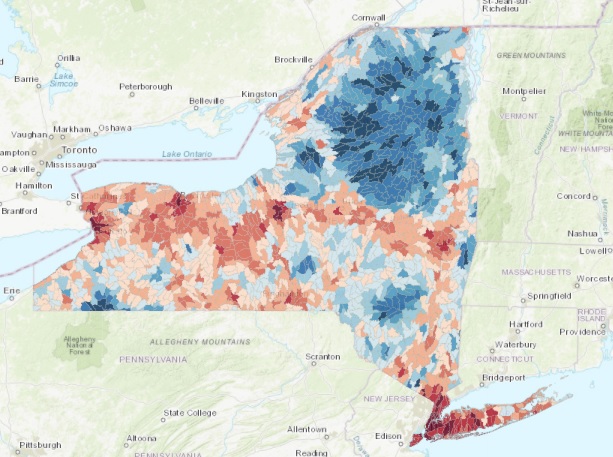 More than two dozen metrics were used to analyze wetland areas near rivers and streams as a way to map the ecological health, stress and resilience of the state's 1,673 subwatersheds in the Statewide Riparian Opportunity Assessment.

“We’re just blessed with really good water,” said Bleier, who runs an archery business near his home, a hundred or so yards from the park’s eastern border.

What makes the areas so healthy?

• Trees cover more than three-quarters of the land.
• Streams teem with fish and other organisms.
• The land remains among the least developed in the state.

“We’re in the middle of nowhere,” said Jaymie Ferrara, who runs the rustic Horseshoe Inn in Onoville.

The report by the state Department of Environmental Conservation's Natural Heritage Program shades broad swaths of Cattaraugus County in ecologically healthy hues of blue. It's the same report that revealed the Buffalo River and Scajaquada Creek are among the state’s most-imperiled watersheds.

State environmental officials want conservation groups and clean-water advocates to use the assessment maps to identify streams where more trees and plants should be planted and to protect those spots that are already healthy.

“You can use this tool on both ends of the spectrum,” said Karen Stainbrook, a DEC research scientist.

Trees for Tributaries started about 10 years ago in the Hudson River area.

Over the years, it’s been expanded to include places upstate. Officials said it could be introduced in Western New York as soon as this year.

“Our goal is to expand Trees for Tribs as we are able to develop new partnerships,” said Jeffrey Mapes, a DEC environmental program specialist. 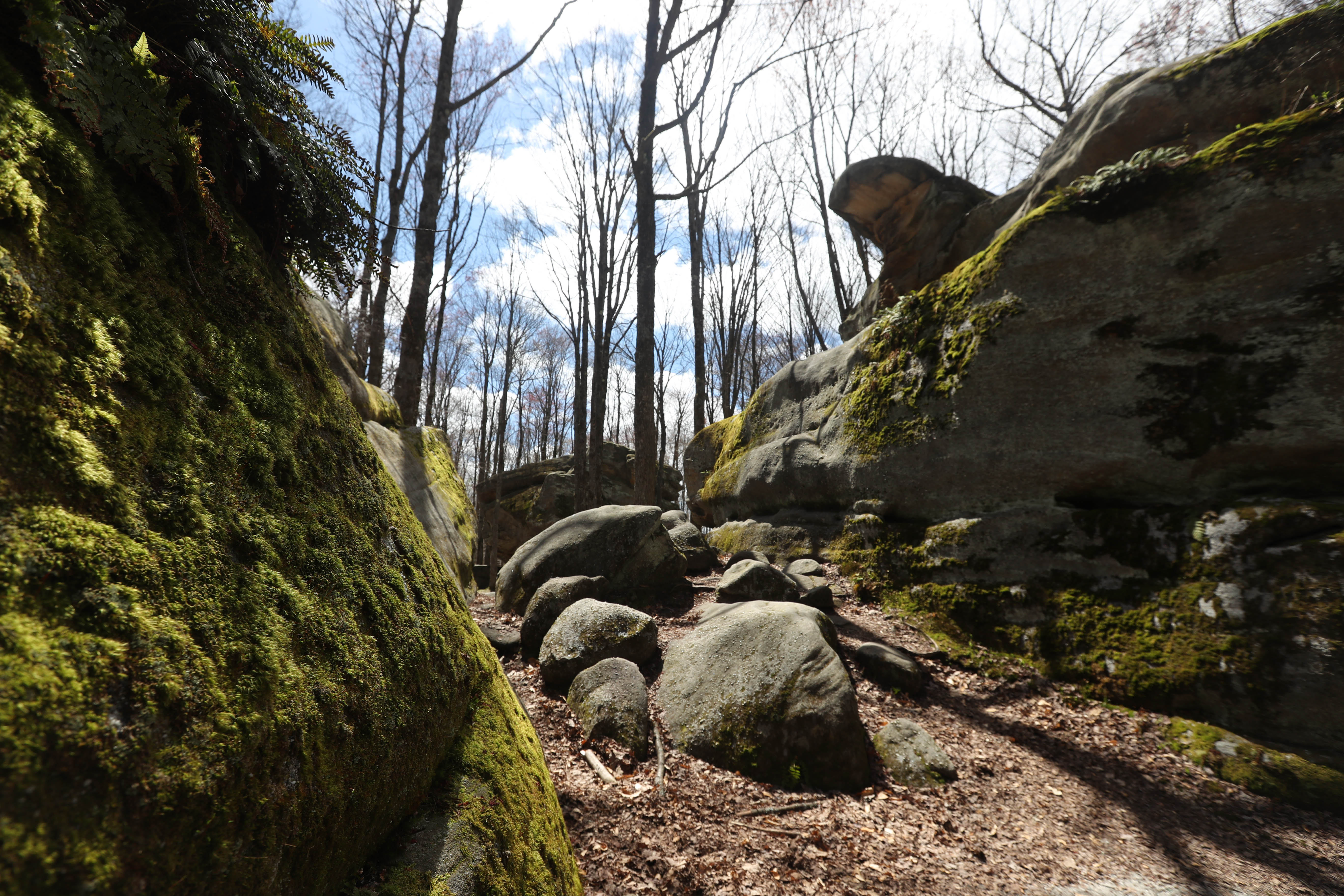 The tiny Willow Creek subwatershed in the park’s southwest corner near the Pennsylvania border is 88 percent covered in trees – the highest in New York State.

The Wolf Run subwatershed, also in the park, is the healthiest overall, among the top four watersheds for brook trout in Western New York.

The Red House Brook and Quaker Run subwatersheds top the list of spots west of Syracuse that have the most potential to be resilient in the face of a changing climate.

The lessons learned from the watersheds in and around the park's 65,000 acres can help make informed land use decisions in other places, officials said.

“In the natural world, clean water is essential to the health of many species, and therefore is vital to supporting biodiversity,” said Jay G. Bailey, the regional director for state parks in the Allegany Region. “The more biodiverse the ecosystem, the more stable and resilient it is.”

Near Bleier’s property, the flood plains along Tunungwant Creek are far and wide. Trees, plants and natural cover grow in them.

That helps to filter and clean the water as it flows northward to meet the Allegheny River near Carrollton. It also provides habitat for amphibians and wildlife.

On the western side of the park and beyond, near Onoville, streams teem with tadpoles and minnows, residents say. Brook trout and walleye bite in healthy numbers.

And, their well water is clear.

“The best walleye you can eat come right out of the Allegheny,” said Bill Snyder of Steamburg. “Better than lobster.”

Outside the Adirondacks and Tug Hill region, the assessment confirmed the Allegheny River subwatersheds are the state's healthiest, in addition to one in the Catskills.

Five of the state’s top 11 subwatersheds for ecological health outside of the Adirondack region include Quaker Run, Willow Creek, Red House Brook, Wolf Run and the Tunungwant Creek Outlet, the data showed.

“We’re not surprised that the watersheds are healthier and in better shape because of the way (the state) protected the land there,” said Tim Howard, the director of science for New York’s Natural Heritage Program.

And, more good news: The relatively unmolested, natural state of the watersheds near Allegany State Park should stay that way.

“Most of the park’s acreage was designated as a preservation area under the 2010 master plan to ensure that the lands and waters are maintained in as natural a state as possible,” Bailey said. 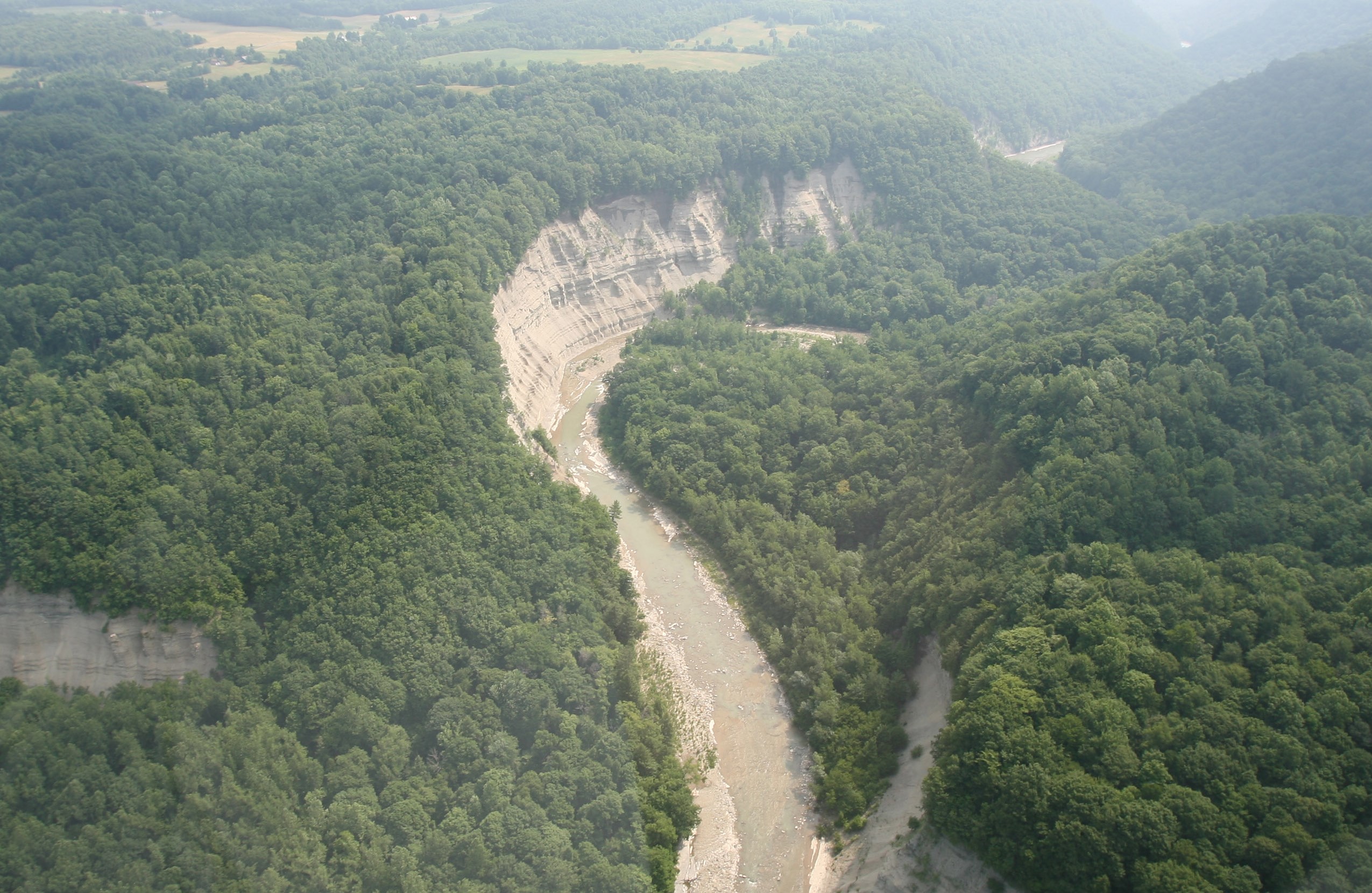 The state’s map shows a few other blue spots for ecologically healthy areas sprinkled across Western New York outside of southern Cattaraugus County in an otherwise sea of orange and red spots of environmental stress.

The Iroquois National Wildlife Refuge at Oak Orchard Creek – along the border of northwestern Genesee County and southwestern Orleans County – scored the highest for ecological health outside of the Allegany State Park area.

The data also shows a majority of the region’s tribal territories fall on the healthier end of the spectrum:

• The Black Creek-Tonawanda Creek subwatershed, mostly in the Seneca Nation’s Tonawanda Territory, has the highest tree canopy cover north of the New York State Thruway at 47 percent.
• Big Indian Creek-Cattaraugus Creek, in the western half of the Seneca’s Cattaraugus Territory, boasts the highest wetland habitat connectivity in Erie County south of Amherst.
• The subwatersheds in the Seneca’s Allegany Territory rank near the top of the state’s biological assessment profile, a critical metric in gauging an ecosystem’s health.

“Each time we recite our thanksgiving address, we give thanks for the water,” said Seneca Nation President Todd Gates. “Water is life, and it is all of our responsibility to protect it.”

It’s also why Gates and the Seneca Nation are taking a stance against a plan in Pennsylvania – just 65 miles south of its Allegany Territory – that would allow treated wastewater from the natural gas industry’s hydraulic fracturing operations there to be discharged into the Allegheny River.

The Allegheny River starts in Potter County, Pa., and flows north into New York State near Portville. It flows through Salamanca and the Seneca Nation's Allegany Territory and around Allegany State Park before returning to Pennsylvania in Warren County on its way to Pittsburgh.

Large banners opposing the proposal hang from highway overpasses on the Seneca’s Allegany Territory near Salamanca.

“In our beliefs, you don’t inherit the Earth,” Gates said. “It is not for any individual or group to destroy or contaminate the water, nor to deprive future generations of that most vital natural gift.” 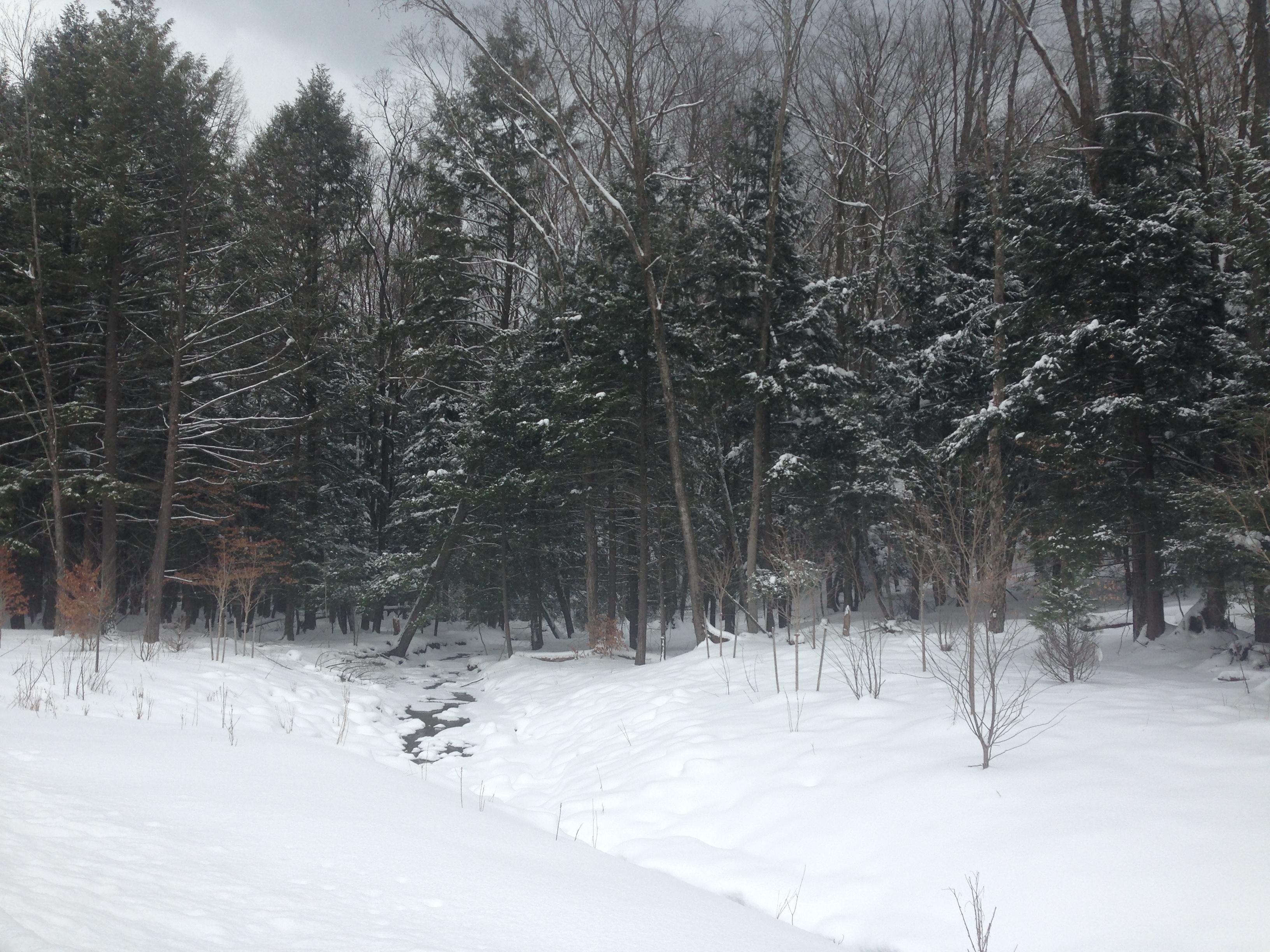