Dayana Schonwalder is a volcano expert, who traveled extensively while working on her doctorate in geological sciences at the University at Buffalo seven years ago. She now works as a research fellow at the Earth Observatory of Singapore, focusing on researching a crater left by a meteorite that struck Earth 800,000 years ago.

Brittany Cesar is a third-year student at UB's new medical school, preparing for a career in emergency medicine.

The three have something other than intelligence and a mind for science in common: an address.

Officially, 44 N. Pearl St. is known as The Ardmore, a stately Queen Anne-style keystone brick structure dating to 1905, in a part of Allentown known for large homes, tall trees and a European aura. 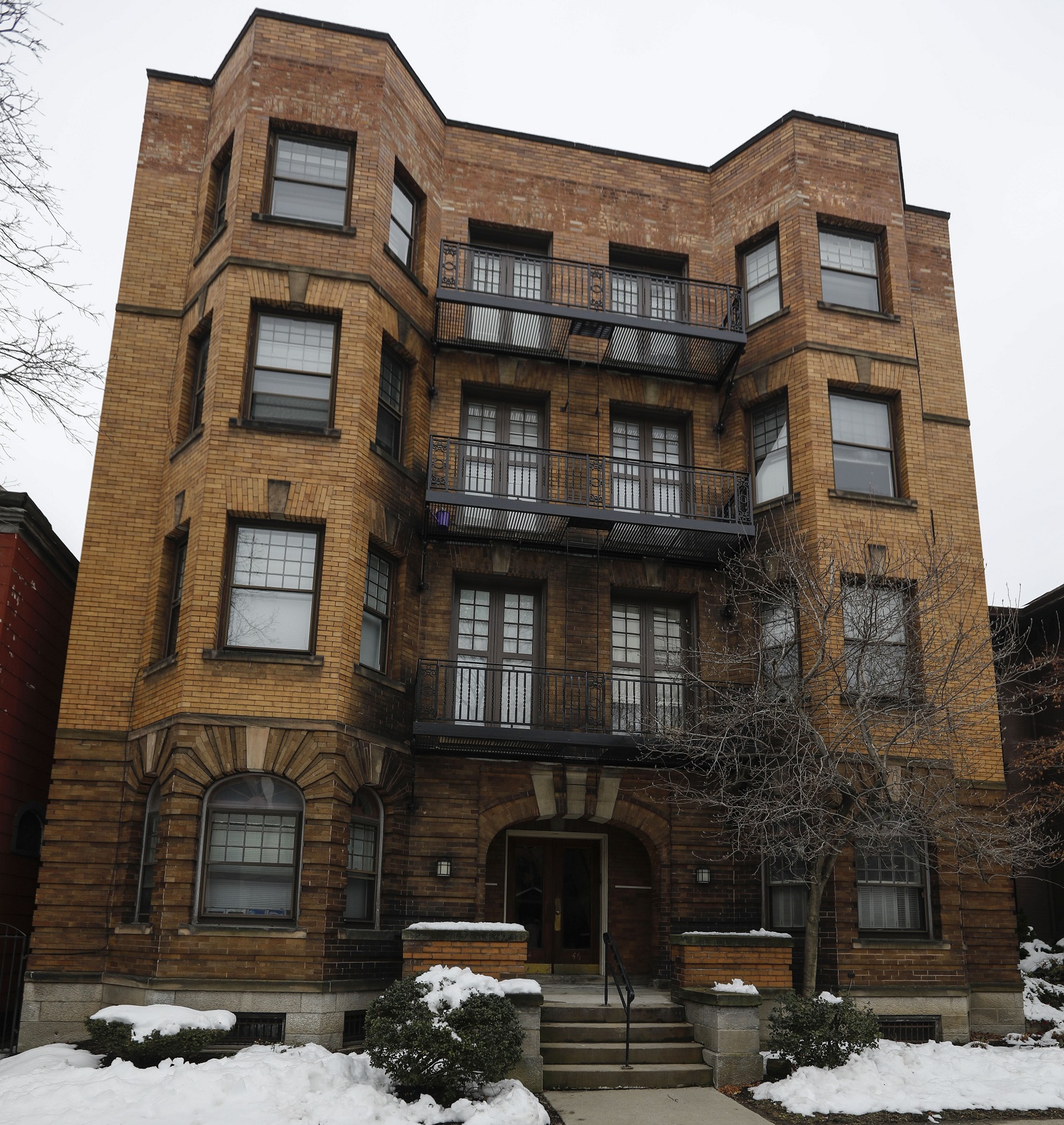 Unofficially, it's known as the "Think Tank," a residence for students pursuing their degrees in Buffalo and a launching pad for scientific minds around the world.

"It's an academic incubator because of the kids who come here," said Don Gilbert, 75, the building's third owner who years ago gave it its Think Tank nickname after a talented family relocated here from the West Coast.

Researchers, medical students and scientists who live there when they're not attending classes or going to work rarely know much about each other. But they know enough about their neighbors to be impressed by the company they keep.

"It's nice to know that the people who are creating the best possible future for Buffalo are all in close proximity and living under the same roof," said Jim Schuler, 25, who is studying to be a pediatric physician-scientist. He moved in in October to room with two fellow medical students.

"It's certainly nice to think of the history of the building and who might have been here before. In its current form, you know people upstairs and across the hall are doing great things," he said. "A couple of other medical students are going to graduate in a few weeks, and I'll have to start calling them doctor."

The building, which was designed by architect Sidney Woodruff, initially contained eight single-family units. Its first owner was Buffalo diamond importer Aaron E. Sipe, who named it "The Sipe." Some of Sipe's tenants included Buffalo physicians, according to Gilbert. At the time, Buffalo's elite were moving into luxurious, staffed apartment buildings. 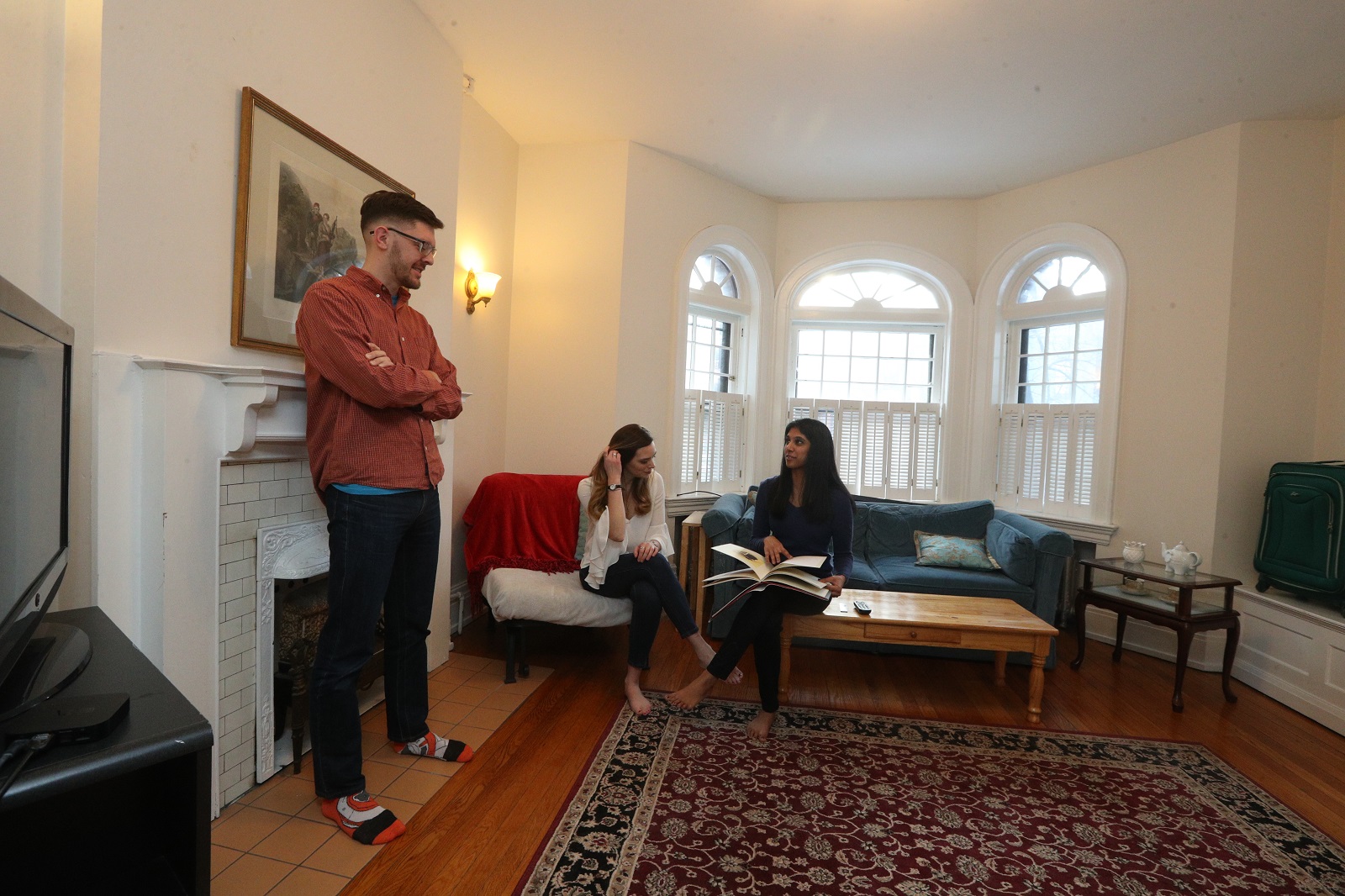 UB medical students Jim Schuler, Brittany Cesar and Esha Chebolu live in the only remaining original apartment like it was designed in 1905. (John Hickey/Buffalo News)

Today, the building has 22 apartments - the majority studios and one-bedrooms - and just one original residence remains: Apartment 5 with 1,600 square feet has maid's quarters just off the kitchen, three bedrooms, a fireplace with stained glass accents, old woodwork, arched windows and window seats. The back of the apartment was painted by Charles E. Burchfield.

"It's like a dream place to live," Cesar said.

In 1998, Lauri Johnson had just moved from Seattle with her two children and husband for what turned into an 11-year stay. She began work at UB as an assistant professor in educational leadership. They lived in Apartment 5 when the Medical Campus was in its infancy.

"I don't think we expected to stay in that apartment for 11 years," said Johnson, now associate professor and chairwoman of the Department of Educational Leadership and Higher Education at Boston College. "But it was a good place for us to live. We liked the fact that the kids could walk to City Honors and we just settled in there. We made it our home." 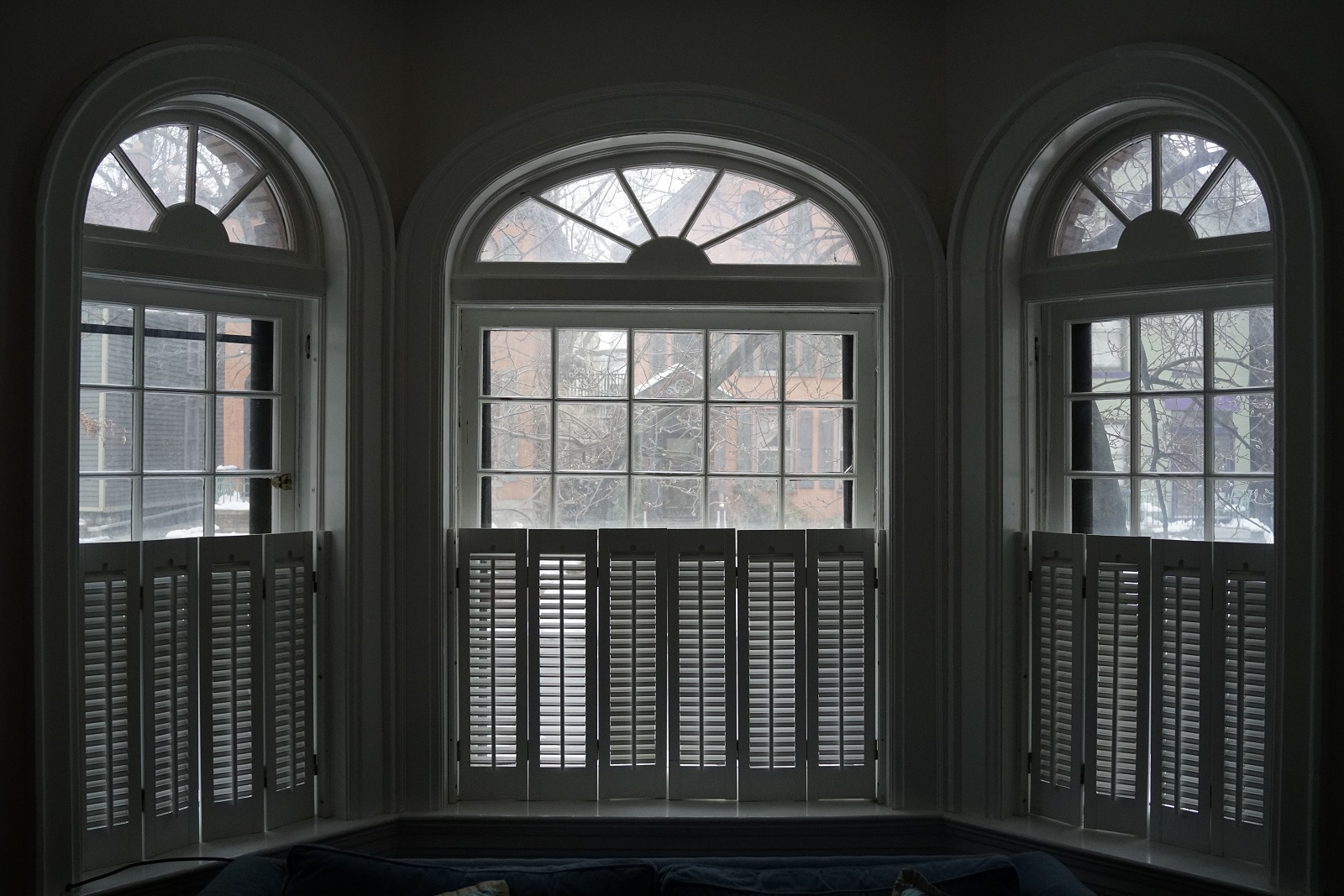 The arched windows in the living room of a Think Tank apartment. (Derek Gee/Buffalo News)

Early in the Depression the apartment house became The Ardmore. Gradually it was converted into individual apartments after World War II ended. Gilbert bought it 34 years ago.

Vincent Chong, 34, a postdoctoral research affiliate at Roswell Park, specializing in oral cancer, lives on the top floor in a one-bedroom apartment that Gilbert has dubbed the "Penthouse." It's known for its spectacular views of downtown and fireworks displays after baseball games at Coca Cola Field. He said part of its appeal is the architecture, but the real treat comes when he looks outside.

The building's connection to the science and medical community is not new. Down the block, a large apartment building at St. Louis Place is where the city's first hospital, Buffalo Hospital of the Sisters of Charity, opened in 1848. Around the corner at Virginia and Main streets, UB's first medical college was located where today's Church of Scientology of Buffalo is today.

Gilbert keeps track of his tenants, even after they move away. He wants his current tenants to have an experience like those who came before, so he encourages them to get to know Buffalo, encouraging them to read Lauren Belfer's "City of Light," check out the nearby Theodore Roosevelt Inaugural National Historic Site and sample a fish fry at the Hamlin House. "I welcome them to Buffalo and tell them Buffalo has a story and they should explore the story," he said.

Kathleen Owczarczyk, a Rite Aid pharmacy technician, is the veteran resident, having lived there for at least 30 years. Even though she's not part of the traditional medical mix, she's well-acquainted with the reputation of the address.

"There are people from all over the world, but it's not like in the laundry room, we sit around and talk," she said. "No one would typically know by walking by, that there's a big Think Tank going on in there. I'm just trying to absorb some of it through the walls."