William Tierney is a sophomore at Niagara Falls High School. He finished classes Thursday and walked outside into sunshine and cold air, where he understood on some mysterious level this would be the day.

He took the bus home and threw on a pair of sweatpants, a hoodie, his maroon Jordans, and then he went into the closet and found the 2-year-old basketball — rubber grip worn down to just the right soft and dusty feel — that he uses specifically for playground ball.

The last time he took it outdoors was forever ago, way back in the fall.

William hustled over to Legends Park from his home on nearby Lockport Street. He texted his friend Shawn, who texted back that he was on his way. They figured they would play one-on-one and maybe some 21, a game of beautifully casual repetition, built around what you can do from the foul line.

Still, until Shawn arrived — and when he said he was "on his way," he was going by the inscrutable elements of a teenage clock — William had some time to shoot around by himself.

The sun remained bright in late afternoon, and the ball cast a shadow on the court like the dark side of the moon. Forget iPhones, or Facebook, or Snapchat. William for a moment shook loose from the digital world, and he shot and ran hard to grab his own rebounds, and then he threw some solitary moves at an invisible defender before rolling toward the hoop and using his left hand to knock in a couple of bankers.

He was a Western New York kid playing outdoor basketball for the first time of the year, even if there was snow on the ground, because this was the day when the air was warm enough that he knew intuitively that he no longer needed gloves.

Close your eyes. We all remember that day. We remember being 16 and so sick of the winter it made our legs tremble as we sat in class, and finally — enough was enough — the March day came when we could dig out the basketball after school and hurry toward that playground, that driveway, that portable metal hoop in the street.

The big challenge was keeping the ball from bouncing into the snow, because a snowy ball was the one thing that could make our fingers freeze.

William couldn't realize: Alone on that playground, he took us back. He was all of us. 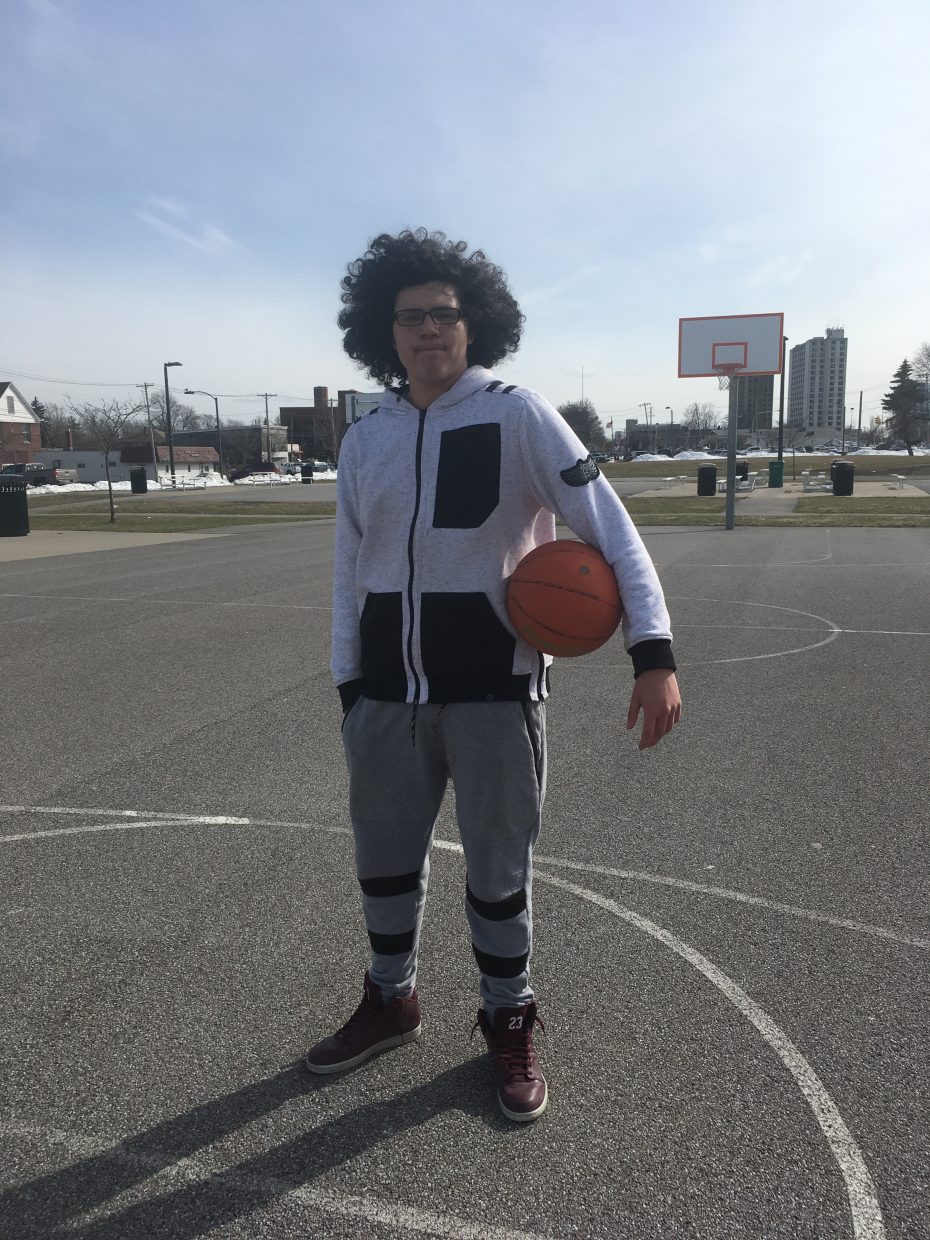 William Tierney: No gloves as he shoots hoops, for the first time this year. (Sean Kirst/Buffalo News)

As he shot, as he chased the ball, as he threw moves at phantom opponents, he told me his story. With pro ball, he's a Golden State Warriors fan, and he's hoping the Syracuse University men's team keeps rolling tonight in the NCAA tournament.

He also played wideout on the JV football team at school, a wideout who happened to be left-handed. Yes, he said, that can be kind of a pain, because it still seems like the world isn't quite suited for left-handers. Even now, when he opens a binder and picks up a pencil, it's a little like driving in the wrong way lane of a right-handed expressway.

Not that William was complaining. He was in a good mood, and looking ahead. A few squawking gulls wheeled overhead in the blue sky, and William said it wouldn't be long — only a couple of weeks — before the court was filled with kids going full-court after school.

They would shoot foul shots to choose captains, and then the captains would choose teams, and they would go 5-on-5 until the sun began to drop in the sky, and the only worry in the world would be who scored the next hoop, and whether William would get the shots he wanted in the paint.

By that time, the snow would be a memory.

Thursday, it was no memory. There still was plenty of it visible in the area around the court, and when you walked outside your warm breath rose like smoke in the cold air. You had to be thankful for the first sign of true spring, which in Niagara Falls was not a crocus or a robin.

It was William, all alone, going hard to the hole.