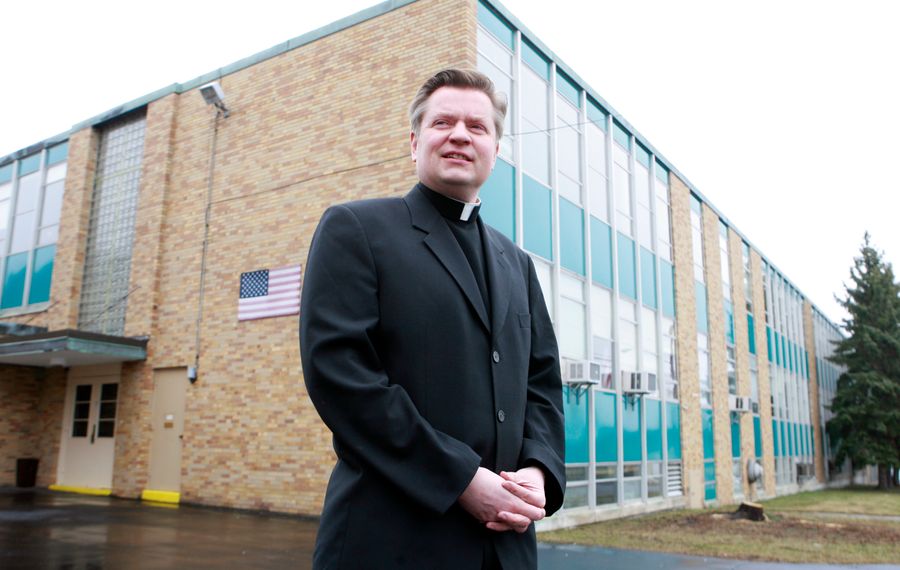 Eight priests from the Diocese of Buffalo accused of sexually abusing children live within a short walk of area elementary and middle schools.

Beyond naming the priests, the diocese has declined to disclose addresses or any other information about the 42 priests it said on Tuesday had credible allegations of sexual misconduct involving minors brought against them.

Seventeen of the 42 clergy on the list are alive.

A Buffalo News search of public records showed eight of the living priests resided within blocks of a school. In some cases, they lived across the street from a school or down the road a few houses.

"Obviously, it's a cause for concern. It's an issue that the community needs to recognize," said Erie County District Attorney John J. Flynn. "The problem is that these individuals are not required to be registered. They were never found guilty of any offense. They're not in any local database for sex registry offenses. So legally, there's nothing that anyone can do to prevent them from living near a school. That's the unfortunate reality here."

The Rev. David W. Bialkowski , 56, former pastor of St. John Gualbert Church in Cheektowaga, was removed from ministry following accusations in 2011 from two altar boys that he had behaved inappropriately with them years earlier.

Former Buffalo Bishop Edward U. Kmiec placed Bialkowski on "administrative leave" under the terms of a nationwide Catholic church policy aimed at protecting children from sex abuse. Despite several inquiries by The News at the time, diocesan officials revealed no other information about the case, and Bialkowski quietly moved on.

He now lives in an apartment across the street from a playground and near William J. Grabiarz School of Excellence on Lawn Avenue.

"How could you have a person who's been accused of these types of things around children?" said Stocker. "I just felt like a community should be put on alert."

Bialkowski did not return a phone from The News. His attorney, Kevin Spitler, returned the call on Bialkowski's behalf and said in a voice message that neither of them will comment.

Priest admits he crossed the line

The Rev. Martin L. Pavlock, who also is on the diocesan list, admitted that he had "crossed the line" on one occasion during his ministry as a priest many years ago.

Pavlock, 78, said he is not a serial abuser and made a mistake that he regrets.

"I went to the bishop and I told him I believed I crossed the line. I said I needed help and I got it," he said. 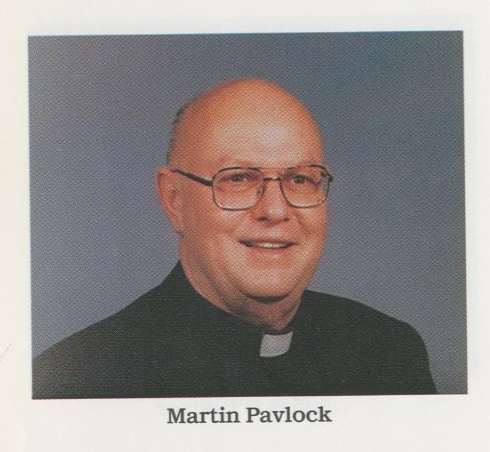 The Buffalo Diocese removed the Rev. Martin Pavlock from priestly duties in 2002 because he admitted to a sexual indiscretion involving a child. Now he lives seven houses away from Persell Middle School in Jamestown. (1995 Priets' Pictorial Directory)

Pavlock said he spent seven months at Southdown Institute, a counseling and therapy facility outside Toronto where the Buffalo diocese sent priests for mental health treatment and other issues.

Pavlock declined to provide more details about what happened or when he went to Southdown.

"I can't go into all of that," he said. "I just did something I shouldn't have done."

Pavlock was without an official assignment in 1986, according to the official diocesan Catholic Directory, which listed his address that year as being "in care of" the diocesan chancery.  He was assigned to St. John Fisher Church in South Dayton and St. Elizabeth Church in Cherry Creek in 1985.

His next assignment was at St. Gregory the Great Church in Amherst in 1987.

Pavlock said he had no other incidents before or after his treatment at Southdown, but was removed in 2002 from Holy Trinity Church in Dunkirk when the diocese needed to comply with a new policy adopted by the U.S. Conference of Catholic Bishops on handling allegations of sex abuse. The new policy called for the removal of any clergy with even a single credible allegation of sexual misconduct with a minor.

Pavlock said he doesn't know if anyone came forward with an allegation against him, but because of his admissions to the bishop years earlier, he was removed. The News has not spoken to anyone who has accused Pavlock of sexual abuse.

After the removal, Pavlock said he took care of his aging mother. He now lives in her home, which is located seven houses away from Persell Middle School, which is on Baker Street in Jamestown.

In retirement, he still goes to therapy sessions. He also works out at a gym, visits a church daily for Eucharistic adoration and celebrates Mass at home, he said.

Other accused priests who live close to schools are:

A 58-year-old man who now lives in Boston, Mass., told The News that Fafinski sexually abused him in the 1970s when he was a student at Archbishop Walsh. The man, Steve Lilly-Weber, reported the abuse in 1994 and two years later reached a settlement with the diocese for $28,000.

The settlement bound Lilly-Weber to confidentiality but he said he agreed to discuss it because he wanted to see the name of his alleged abuser made public.

"I think it's important that these people be named publicly," said Lilly-Weber.

Lilly-Weber said he wasn't necessarily alarmed by Fafinski's residing near a school, as long as he's not involved in any kind of direct ministry with kids.

"If he were running a youth activity, that would be a concern," he said.

Two of the accused priests had rural addresses that aren't near schools: Norbert F. Orsolits in Springville and Brian M. Hatrick in Friendship.

Some of the accused priests or former priests on the list no longer live in Western New York. John P. Hajduk appears to be residing in Alexandria, Va.; Donald Becker is in Fort Myers, Fla.; James A. Spielman owns property in Hawaii and in Allegany County; and Gerald C. Jasinski is in Midlothian, Va.

Jasinski, 76, pleaded guilty to one misdemeanor count of attempted sexual abuse in 1986, after he was accused of molesting two males, 18 and 15, in a cabin in Wyoming County. He was sentenced to five years' probation and later left the priesthood. When reached by telephone on Friday, Jasinski  had no response to his name being on the diocese's list or to the 1986 charges.

The News was unable to locate addresses for the Rev. Timothy J. Kelley, the Rev. Thomas L. Kemp and the Rev. Robert W. Wood.

The News found addresses for most of the priests using a computer database of records, double-checked the addresses against property and voter registration records, and attempted to contact the priests by phone.