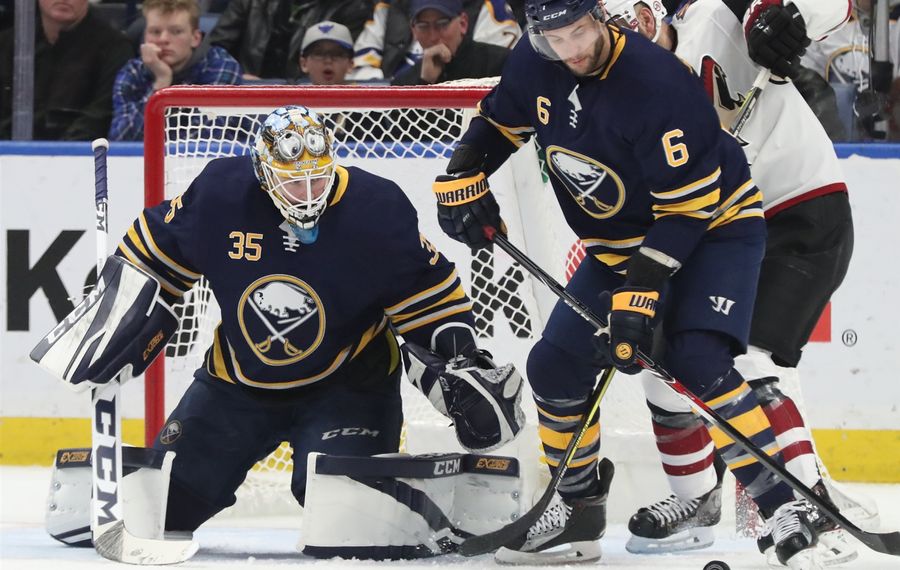 Only three home games remain for the Buffalo Sabres, starting with Friday's visit by Montreal.

Here are Five Things to Know as the Sabres hope to impress the folks in KeyBank Center.

Friday was historically the Sabres' big home date. This will be only the seventh (and final) Friday home game. The Sabres haven't hosted a Friday night game since Dec. 22, 2017, when Philadelphia visited.

As fans know all too well, home games have rarely been fun no matter what the day. Buffalo is last in the NHL with an 11-22-5 home record, including just 86 goals in the 38 games (2.26 average).

The Sabres have just one goal in the last two home games. They lost, 4-0, to Nashville and were a no-show in a 4-1 loss to Arizona on Wednesday.

"We have to recognize that we had a bump in the road last game," coach Phil Housley said Friday morning. "We addressed it. We recognized it. We talked about it, and we've got to move forward."

Forward Justin Bailey and defensemen Nathan Beaulieu and Justin Falk will be the healthy scratches. Bailey had played in five straight since being recalled from Rochester, scoring once. He had three shots in 11:32 against Arizona.

Beaulieu will be a healthy scratch for the second time in seven games. He has a minor upper-body ailment, but that's not why he's sitting.

"He's a little sore, but he was not playing in this game," Housley said. "Beau had a tough start to the season. I think that affected his confidence. He had a great opportunity coming to a new team, and things just didn't work out for him.

"But his last 20 games have been pretty solid. I think he's been better in his own end. I think he's trying to add to the offense, but again, there's a couple critical times and errors in the games that affected our team, and we're just giving some other guys an opportunity."

Josh Gorges and Victor Antipin will return to the blue line.

The Sabres have been good against divisional opponents. They are 7-2-1 in the last 10 meetings with Tampa Bay, Boston, Toronto, Florida, Detroit, Montreal and Ottawa, improving their Atlantic Division record to 10-8-3.

"We have seven divisional games remaining," Housley said. "These games are meaningful. This is one area in our season that we can hang our hat on something. It's got to start tonight."

Left wing Zemgus Girgensons will return after missing two games with an undisclosed injury. He will play with center Jack Eichel and right wing Jason Pominville.

"He's taken his game to a new level," Housley said. "He brings a physical element. He's one of our best penalty killers. He's willing to block shots and get in harm's way.

"But I think he brings a work ethic that we're looking for, getting on the forecheck, going to the net, going to the hard areas. That's how he's going to complement Jack, just doing some of that work and getting the puck to him."

Sabres Notebook: The day after, Housley still miffed by Coyotes' loss; Ullmark to start against Habs

Goaltender Chad Johnson, who left the Arizona game after taking a puck to the head but did not get a concussion, skated but remains day to day. Linus Ullmark will start for the Sabres.