A federal court in Buffalo has authorized Bank of America Corp. to seize the assets of CCS Oncology, putting the future of the prominent local cancer practice at risk after its owners, Dr. Won Sam Yi and Sung Eun Yi, defaulted on more than $16.2 million in debt to the bank.

The ruling by U.S. District Court Judge Elizabeth A. Wolford this week concluded that the Yis and the CCS businesses had failed to comply with the terms of their lines of credit, security agreement and other contracts with the bank.

Wolford also found that the bank was entitled to take possession of the collateral backing the debt, and directed the bank to file a formal seizure order within seven days for her approval.

"The evidence indisputably demonstrates that defendants have defaulted upon their obligations to plaintiff," Wolford wrote.

She directed the bank to post a $23.1 million bond to protect CCS in case of any error, but also issued a preliminary injunction barring the Yis and CCS from transferring any assets or taking any actions that would diminish their value to the bank.

"There is no good outcome to the pending motions," Wolford wrote. "Defendants provide benefits to the local and regional community as employers of medical professionals and as healthcare providers for apparently thousands of cancer patients. The relief requested by plaintiff will likely result in a forced shutdown of defendants' businesses."

Yi could not be reached for comment and an attorney for CCS, Robert Carbone of Woods Oviatt Gilman, did not respond directly to the ruling.

However, CCS officials say, they plan to appeal the decision. In the meantime, the firm is still in business and operating as usual, said CCS spokesman Brendan Chiarilli. "All of our offices are open and rendering care to patients and we will be open," Chiarilli said.

The ruling covers the medical group's accounts, inventory, equipment, deposits, investments and files, according to the court ruling. Wolford noted that the primary collateral in this case is limited to about $8.1 million in accounts receivable and another $3.5 million worth of equipment, since there's not a lot of inventory or other assets. 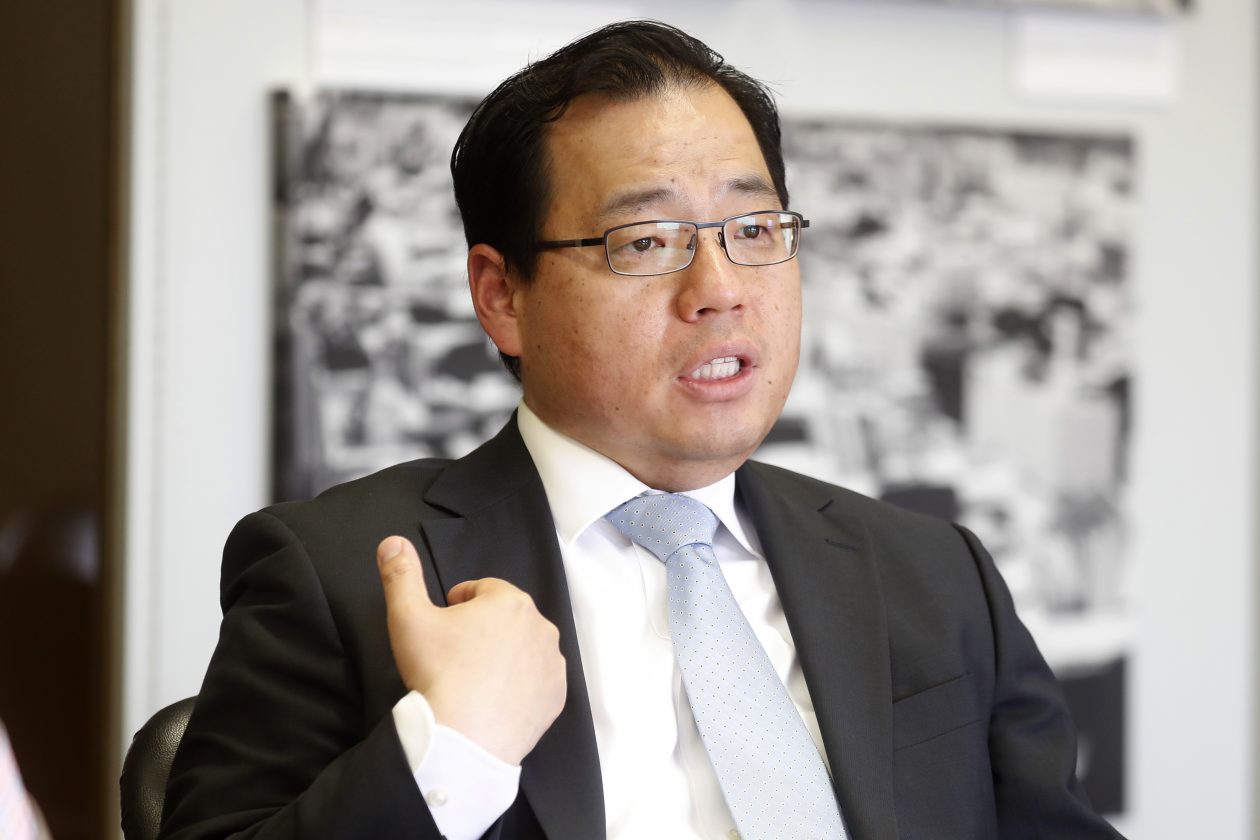 Dr. W. Sam Yi, the CEO of CCS Oncology, is the subject of a civil lawsuit filed by Bank of America. (John Hickey/Buffalo News)

That's more than the $4.3 million owed personally by the Yis as a guarantee on the loan. But it's still not enough to cover the full debt.

"Plaintiff seeks to recover the debt owed by defendants, but in reality the requested seizure order and preliminary injunction will likely not fully compensate plaintiff for its losses," the judge wrote. "The financial debt owed by defendants to plaintiff and the federal and state taxing authorities is substantial and it appears only to be growing."

While the Yis and CCS have been working to "prepare and develop a firm plan" to address the debt, Wolford wrote, "defendants are unable to demonstrate that their present circumstances will materially change if the court declines to grant the relief requested at this time."

The court ruling marks the latest blow to CCS and Yi in their ongoing struggle to stay afloat amid a series of challenges that began when health insurer Independent Health dropped the practice from its network in late 2016. That led to a loss of patients and oncologists from a business that once claimed to hold 30 percent of the cancer care market in the area.

The News has previously reported that CCS Oncology and a related company faced financial stress, including a federal tax lien and state tax warrants. The News reported last year that the federal government is investigating CCS billing irregularities, at the same time that a whistleblower had filed a lawsuit alleging widespread misconduct at the practice. And former vendors have sued CCS for nonpayment and other allegations of wrongdoing.

Additionally, patients and family members filed seven medical malpractice lawsuits against CCS Oncology or a related company over the past three years. The lawsuits claim the practice's employees are at least in part to blame for the patients' injuries – and, in three cases, their deaths. Some of the lawsuits filed in state Supreme Court target more than one physician or institution. One suit was withdrawn, and six remain active.

CCS, one of the Buffalo region's largest providers of community-based cancer care, isn't the only medical provider to face malpractice lawsuits, of course. But it adds to the firm's woes.

"Basically, any person that practices medicine in this day and age, there's always a chance that they'll be named as a defendant in a lawsuit," said John T. Loss, an attorney with Connors LLP who represents CCS. "And so the fact that anybody's named in a lawsuit doesn't speak to whether the case has merit or doesn't have merit."

Yi, the medical director of CCS Oncology, denied any wrongdoing.

Meanwhile, CCS on Feb. 14 vacated its largest location, at 45 Spindrift Drive in Amherst, which is part of Windsong Medical Park and is owned by representatives of Windsong Radiology Group. CCS provided chemotherapy and radiation at the site.

Benjamin M. Zuffranieri, Jr., an attorney for Windsong, said he couldn't comment on the reason why, but said the rent was paid through the end of 2017.

"When you have these kinds of things piling up, the tax liens in particular, they are in serious, serious difficulty, financially," said Larry Zielinski, a former president of Buffalo General Medical Center who now is executive in residence in health care administration at the University at Buffalo Management School. "Now, I never want to suggest that there is jeopardy in terms of patient care. But if I were a patient at CCS, I would at least be looking at my options now."

The current case stems from four separate lines of credit that CCS and its affiliates took out from Bank of America in January 2016, backed by a security agreement that gave the bank an interest in all of the company's assets as collateral.

Yi also agreed under a separate contract to make certain payments to the bank if CCS defaulted on its debt, and signed a "limited guaranty" of $300,000 as additional security.

As the firm's troubles mounted and became public, the bank and Yi agreed to increase the guaranty to $2.3 million, then $3.33 million, and eventually $4.3 million. Yi also agreed to pay down some of the debt using state and federal tax refunds.

But Bank of America said the Yis and CCS defaulted when they failed to make the payments and fell behind on taxes, prompting the bank to demand payments, call the full debt and eventually file suit in December. Officials initially limited their action to just the Yis, to allow time for a potential sale or refinancing of the business, but after that fell through, the bank added CCS itself to the litigation in early February.

CCS sought to delay any court action at least until April, if not June, to allow more time to work out alternatives. But even Yi admitted in a deposition that CCS failed to pay its tax liabilities or the bank debt, "and remains unable to do so," the judge noted.

"Indeed, defendants are not even able to stay current with their ordinary debts, such as lease payments, utility bills and vendor commitments," she added. "It is evident that Defendants' request is supported merely by the hope that their fortunes will change, with no plan to effectuate such action."