In the game of stadium concessions, bigger and weirder is usually better.

The Buffalo Bisons and the Consumer's Pub at the Park have worked together to develop a few new gargantuan food choices for the Triple-A team's home slate, which begins at 2 p.m. April 12 at Coca-Cola Field.

At a media event Thursday, the Buster Burger – two half-pound Angus beef patties, red onion, balsamic drizzle, sliced jalapenos and blue cheese ($12) – stole the show, as the behemoth named after the Herd's mascot maintained a surprising amount of flavor, thanks to the toppings, despite being cooked close to well done.

Good luck wrapping your mouth around the towering burger for a comprehensive bite, so consider it a worthy eating challenge. We doubt Buster himself could accomplish the feat. (Sadly, Chip Sliders will have to wait until next year).

A late culinary arrival to the press event drew a stronger reaction on Twitter, as Rob Free, vice president of food and drink for the Bisons, introduced the Giant Buffalo Pierogi, an oversized pocket stuffed with Sahlen's hot dogs, Weber's mustard and sauerkraut. Claiming it's a pound might be a conservative estimate. Be sure to begin eating before you return to your seat, as it's best when piping hot. 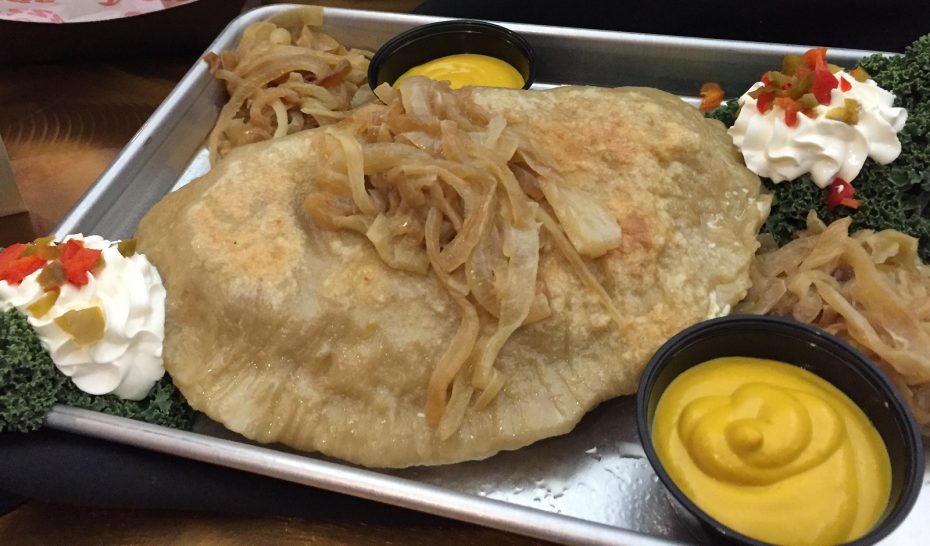 A local joint effort with a West Side brewery paid dividends, too, as the Resurgence cheddar beer dip, served with soft pretzel bites, were a fearsome double-play combination (checks off box for corny baseball metaphor). 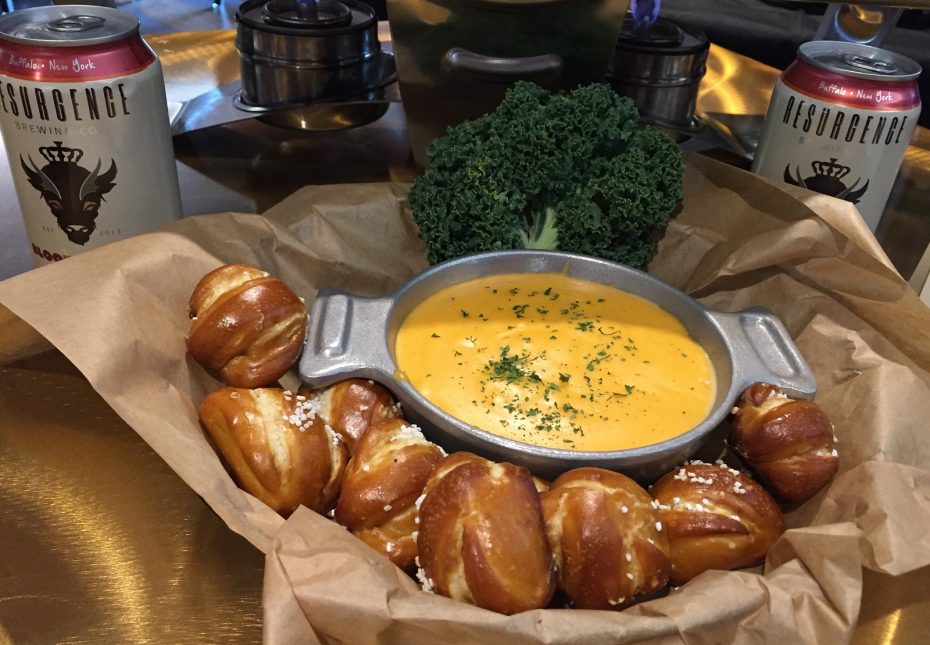 A mac-and-cheese cone with bacon, waffle-battered chicken sliders, shrimp po' boy, turkey pot roast sandwich and a variety of topped Sahlen's hot dogs – including a poutine dog and one with barbecue sauce and onion rings – were further additions to the regular stadium fare.

The new foods were complemented by beverage news, as the Pub at the Park trumpeted a new Founders Brewing Co. "Backstop" stand that will be in Section 105, directly behind home plate.

Five taps dedicated to the Michigan brewery will rotate in flavors, but expect the All-Day IPA to never leave the menu. Free also mentioned the Kentucky Breakfast Stout as another popular Founders brew that will be featured. 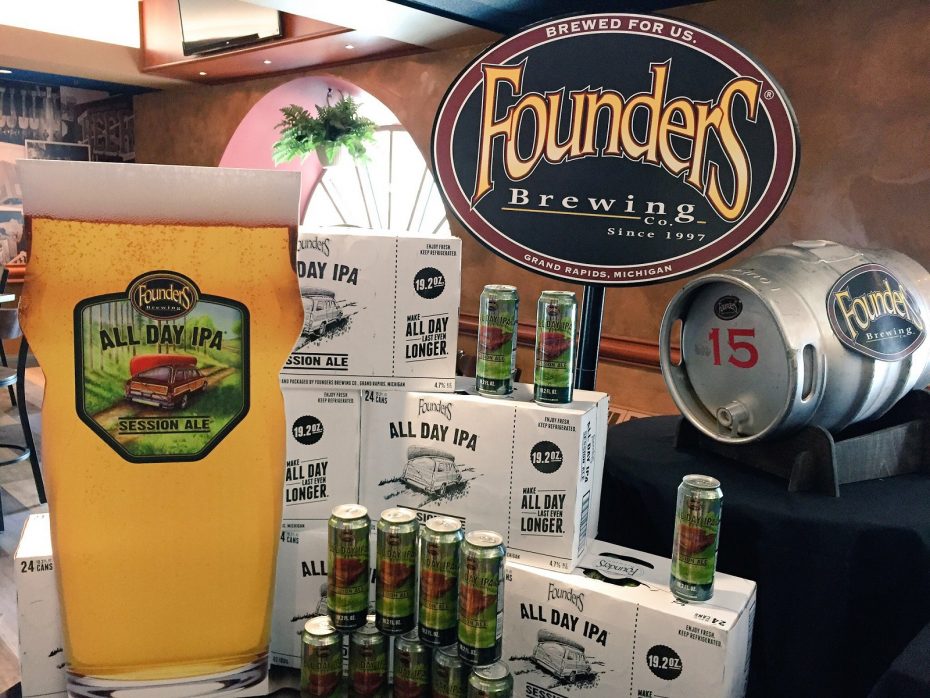 A memo to Bisons fans: If you plan to eat at a ballgame and want to try something new, make sure you're hungry, or don't hesitate to share.

*Read more on the Bisons before the 2018 season, courtesy of The News' Mike Harrington: 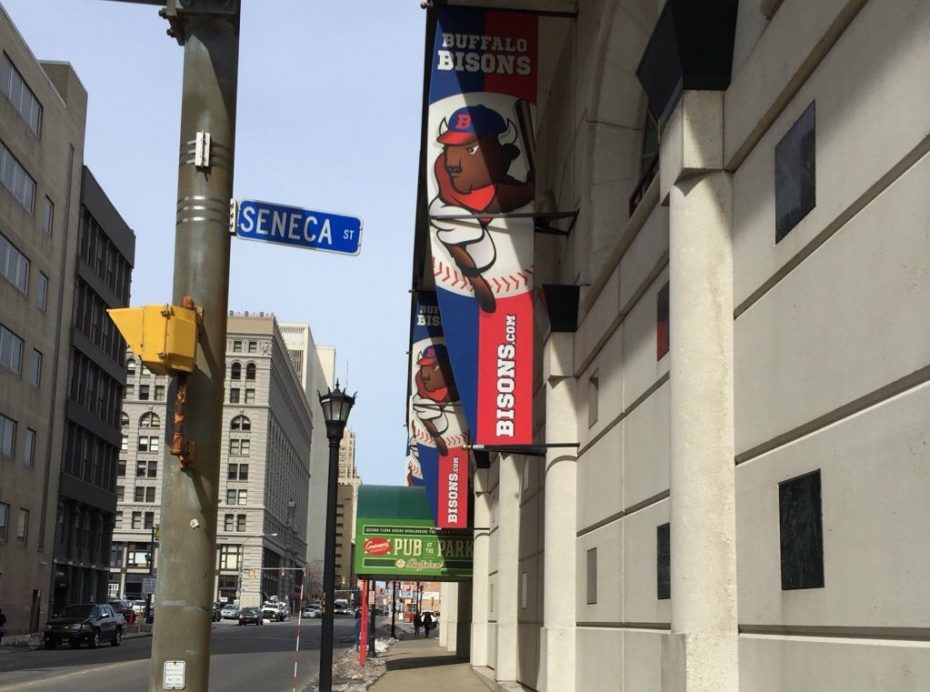 The outside entrance to Coca-Cola Field and the Pub at the Park on Washington Street. (Ben Tsujimoto/Buffalo News)