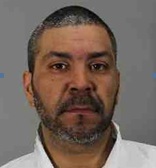 A Buffalo man charged with robbing a Cheektowaga bank on Wednesday is also the suspect in two attempted robberies on Feb. 20, according to Cheektowaga police.

Asencio was arrested in a parking lot at the Walden Galleria. At the time of his arrest, Asencio was in possession of an opened gravity knife and cash from the bank, police said.