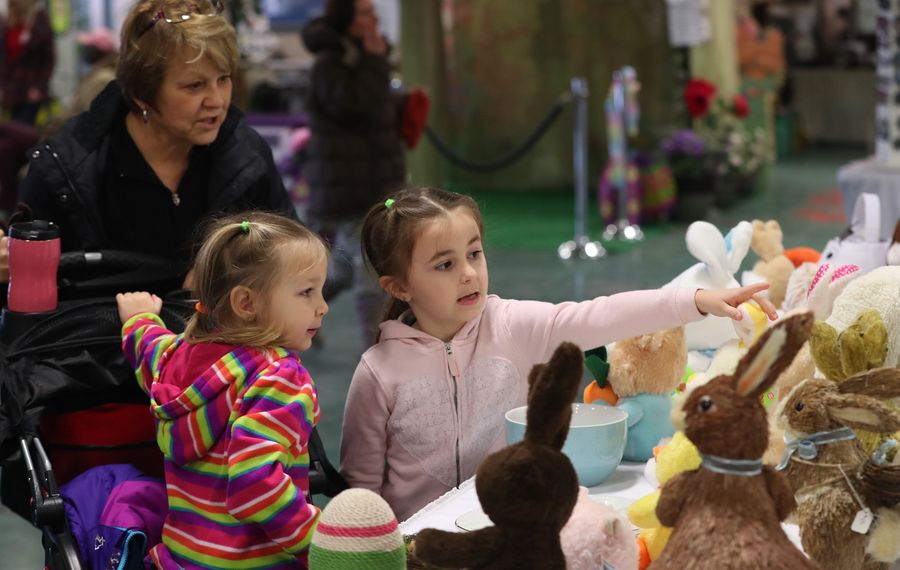 Fall has its fans, with its changing leaves and football Sundays. Winter is cherished by the ski and oversized sweater-clad community. Summer is the region’s reward for dealing with particular harsh iterations of the other seasons.

But spring rarely makes its way to the top of the rankings. Whether because of its unpredictable climate, its streets covered in winter’s garbage-strewn residue, or simply its role as the seasonal waiting room for Buffalo’s cherished summers, it is annually overlooked—and that’s a shame.

Baseball. Dyngus Day. Easter. All are intermingled through spring every year, and starting on March 20, this year’s boasts plenty of excitement for those who have previously relegated the season to the bottom of their depth chart. Save that designation for the still-lingering winter, and consider these 10 reasons to embrace this spring.

Can consumers now buy their Malczewski’s butter lambs at Wegmans? Yes, but such a lazy maneuver deprives shoppers from purchasing one amid the seasonal spectacle that is Easter season inside Buffalo’s Broadway Market.

A trip to the annual tradition offers visitors a plethora of holiday goods and grocery fare, live music and a visit with the Easter Bunny within a locale that’s bustled in multiple iterations since 1888. Info: broadwaymarket.org

Read a book—or eat one

Whether motivated by Just Buffalo Literary Center’s list of BABEL series authors or compiling planned summer beach reads, spring is a good time to get excited about literature.

The Western New York Book Arts Center (468 Washington St.) knows this—and for the last nine years, it has given local readers the chance to pair this enthusiasm with eating, via the internationally celebrated Edible Book Festival.

During the 10th edition of the festival, 3 to 6 p.m. March 31, visitors can bask in the bookish design of desserts, then search out the inedible inspiration for each at a later date. Info: wnybookarts.org

The call to play ball

Are these elements of Buffalo Bisons baseball synonymous with summer’s idyllic afternoons and evenings? Yes—but we’re not there yet.

In the meantime, bundling in the stands of Coca-Cola Field amid spring’s early season schedule—starting with the team’s home opener against Indianapolis on April 12—provides an annual indication that winter’s finally (hopefully) over. Info: bisons.com

Return to the water

Throughout winter, locals flock downtown to Canalside’s frozen waterways for ice skating, curling and ice biking. But after St. Patrick’s Day weekend, the expanse’s massive ice rink flips back to the flowing waters that interpret the original imprint of the Erie Canal.

The thaw brings back the paddleboats and water sports, and in the shadow of rising Explore & More Children’s Museum, signal the start of a new season off the city’s reborn waterfront. Info: canalsidebuffalo.com

There are plenty of local food trucks operators who ignore the elements and deal dishes at curbside year-round. But once the calendar flips to spring, the Buffalo fleet multiplies to all corners, emerging to sling everything from burritos and banh mi to supposedly healthy hot dogs.

And if you want to wrangle as many of these vehicles in the same place, you head to Larkin Square, whose Food Truck Tuesdays—set to return on April 10—have become a local weekly ritual, as well as an official sign of seasonal shift. Info: larkinsquare.com

The winter to spring shift welcomes a change in drinking tastes, with imbibers stashing the heavier stouts and porters for the sunnier tastes of lighter-hued brews.

But with the seemingly unending establishment of exciting local breweries, choosing a go-to can be daunting. That’s what makes the Museum of Science’s Beerology bonanza—set for the Humboldt Parkway museum from 7 to 10 p.m. March 24 - a good primer for spring drinking plans [Update: It's now sold out].

Guests can taste drafts from more than 40 locales while getting scientific information on brewing which makes for a refreshing education. Info: sciencebuff.org

It’s hard to argue with anyone (Anderson Cooper or otherwise) who finds Buffalo’s elaborate Dyngus Day celebration ridiculous. The squirt guns, pussy willows and gratuitous use of the word dupa are nonsensical to the unfamiliar—but that’s all the more reason to dive into the ridiculousness of the post-Easter bash on April 2.

Orchestrated throughout the city’s Polonia District, draped in Polish reds and soaked with all the Tyskie and Krupnik one can handle, it’s become the Queen City’s party of the spring, and it’s only getting bigger. Info: dyngusday.com

You said you would ride last year, and the year before. You didn’t have a good bike, and you weren’t sure how hundreds of cyclists can peacefully maneuver city streets as one while familiarizing each other with Buffalo thoroughfares. Well, it happens—and it’s a community-wide experience that’s become emblematic of the term Buffalove.

Summer concert announcements have been trickling in for weeks, with names like Jay-Z, Beyonce and Band of Horses on marquees, and an Artpark schedule that’s outdone itself with every new booking. But before any of them kick off, Buffalo’s biannual Porchfest kicks first.

The community-wide jam session—set off the front doors of Elmwood Village residences on May 19—gives local music fans a grassroots dose of the outdoor singing and swaying that dominates the regional sound scene through September. Info: buffaloporchfest.org

You know those Under Armor-clad overachievers you’ve seen jogging past the windows of your neighborhood coffee shop? Some of them are training for the Buffalo Marathon, set to start its 26.2-mile course from Delaware Avenue on May 27.

With only two months to go, chances of signing up today, training and safely finishing the race are likely slim. But for those who would like to run the event’s more popular (and more sane) Half Marathon, that’s a viable option. Registration is open until May 20 for the ambitious—or those looking to reverse months of dietary regrets. Info: buffalomarathon.com