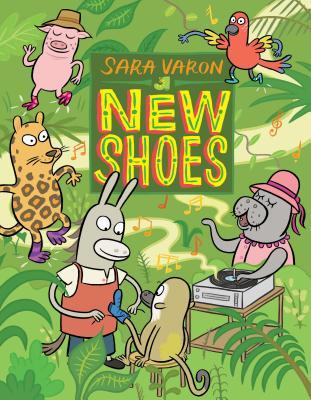 GRAPHIC NOVEL
New Shoes by Sara Varon; First Second, 205 pages ($17.99)
...
From the creator of the acclaimed "Robot Dreams, "Bake Sale, "Odd Duck" and "Sweather Weather" comes another adorable, wondrously imaginative tale, set in a village in the Amazon rainforest, of friendship, community and venturing out of your comfort zone. Francis the donkey is the best shoemaker in the village, crafting his custom shoes with coconut wood for the soles, insoles padded with wool "from goats down the road" and uppers made of wild tiger grass "purchased from his friend and neighbor Nigel, a squirrel monkey." For an extra fee, Francis would even embroider portraits on the toes. Then one day Francis gets an order for special shoes for his idol, the famous calypso singer Miss Manatee, the River Queen. The order will require wild tiger grass, but Nigel is nowhere to be found, so Francis must venture on his own into the jungle.  Traveling with his friend, the parrot, Francis encounters many scary firsts: a river he must cross, animals which may or may not be friendly. Helpfully, Francis has brought along a guidebook he can whip out when needed, describing the capybara, the black caiman, the anaconda, bush dogs, the kinkajou. When the friends run out of food, we get a botany lesson about the bounty of the jungle with the cashew fruit, the stinking toe, the awarra, the star apple, the soursop. But what has become of Nigel? And is he really to be tried as a thief, as the rumors suggest? Varon's humorous, descriptive prose and droll, carefully detailed cartoons create a wonderfully vivid picture of this jungle village,  of animal friends listening to calypso records, sipping tamarind juice, of the abundance and wonderful diversity of animal and plant life, of the interconnectedness of everything. "New Shoes" includes an afterword by Varon with many photos of the town in Guyana which inspired her story; the end paper illustrations are Varon's cartoon characters superimposed on a photo of the town. 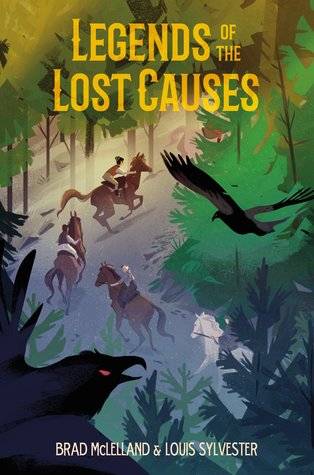 CHILDREN'S
Legends of the Lost Causes No. 1 by Brad McLelland and Louis Sylvester; Henry Holt; 325 pages ($16.99) Ages 10 to 14.
...
The forests and dusty towns of the pre-Civil War Wild West of Missouri form the colorful backdrop for this thrilling debut novel about a band of orphans battling a nasty assortment of zombie outlaws, led by a one-eyed menace named Bad Whiskey, in a race to find the legendary Char Stone. Keech Blackwood has only a confused, frightening memory of his real parents before he and other orphans came to live with Pa Abner and Granny Nell in the remote Home for Lost Causes. Pa has spent hours and hours training Keech and Sam to find their way in the woods, to track, to fight. The lessons will save Keech's life when Bad Whiskey comes calling, and Keech finds himself alone, then joining a ragtag group of fellow orphans all seeking to avenge their parents' deaths. Vividly drawn characters, evocative writing, thrilling suspense along with the harrowing angle of the evil undead leave the reader eagerly awaiting the promised next installment. The use of number codes standing for Bible verses is a nice touch.