Katie and James Guziec had second, third and even fourth thoughts about buying their dream home on old Eden Evans Center Road six years ago.

They loved the nearly 2.5 acres and well-kept 1920s house, but the vacant house across the street gave them pause.

"We almost didn't buy this house because of that property across the street," Katie Guziec said. 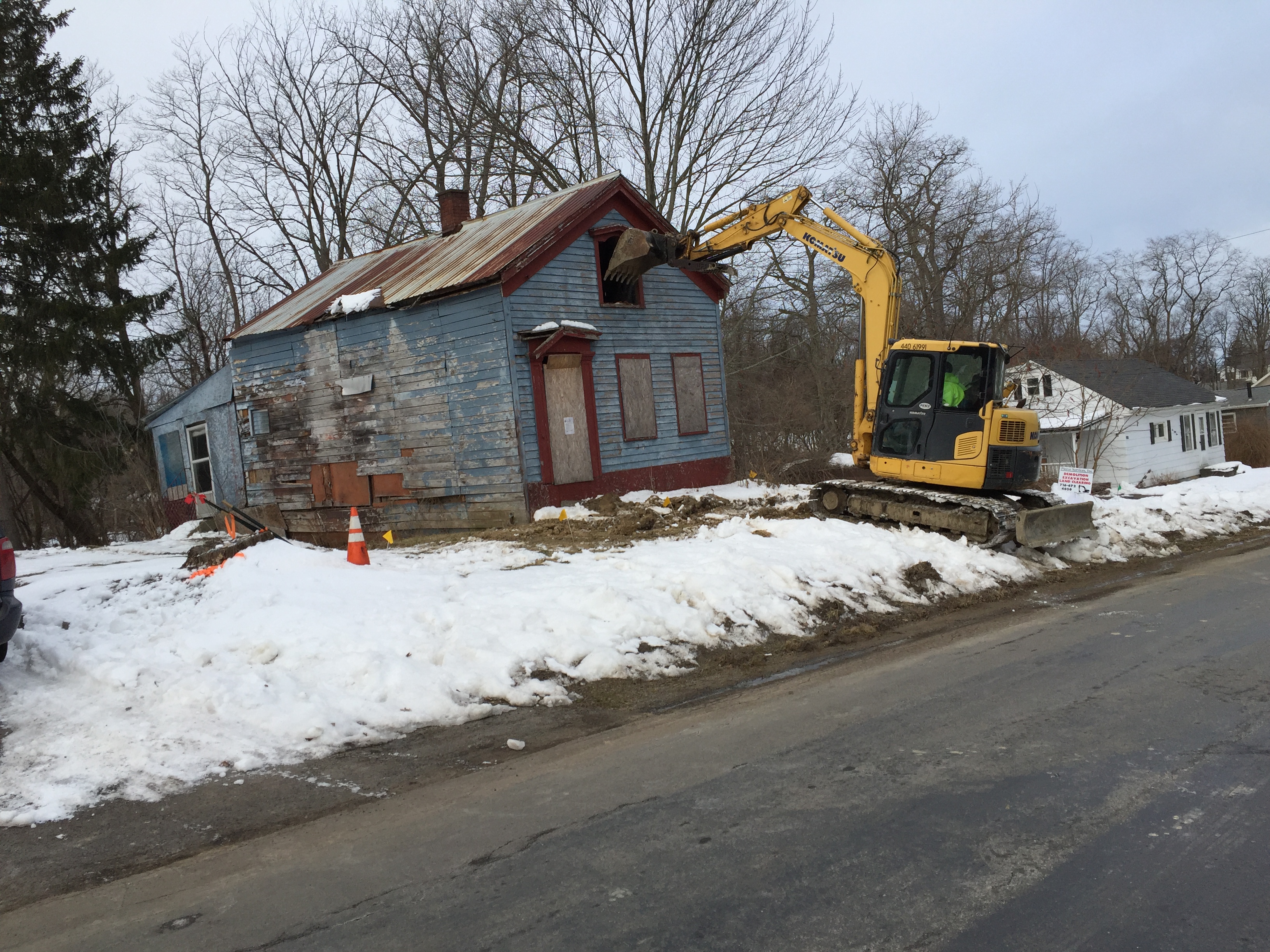 A backhoe from Pierce Services of Fredonia starts knocking out the second-floor window.

The long vacant house, with boarded-up windows, at 1035 Eden Evans Center Road, built in 1815, according to Erie County real property records, had been abandoned for years.

But today it's the property that is vacant, after the demolition of the house Wednesday. The house, which had been vacant about 10 years, was one of 12 that are being torn down through a $189,419 state grant, Supervisor Mary K. Hosler said.

The property has generated the most complaints to the town, Hosler said, but now the town is getting inquiries from neighbors who want to buy the property.

Hosler established the At-Risk Property Task Force in 2016 to address the large number of vacant, abandoned and zombie properties in the town. Zombie properties are stuck in an incomplete foreclosure process. The task force identified the most at-risk, previously condemned properties and applied for the grant.

"When I took office in 2016, the town had previously been spending over a quarter of a million of taxpayer dollars on vacant and abandoned properties each year, to cut grass and demolish these types of homes," Hosler said.