The derogatory tag of Rust Belt is a term in transition.

Attached to Great Lakes-bordering cities hobbled by industrial job losses, it’s now a label proudly repurposed across member cities like Cleveland, Pittsburgh and Buffalo. The designation has a fighter’s edge to it, so it’s expected to identify businesses and brands with their own personalized serving of blue-collar snarl.

This makes the moniker above Blasdell’s Rust Belt Bar & Grill a bit misleading.

It’s not that the former Armando’s space off Route 5 doesn’t lack for working-class surroundings, with the adjacent Ford Stamping Plant and Hoover Road’s tattered warehouse and storage spaces flanking its perimeter. Its outdoor signage is cut into the shape of an illuminated, rust-brushed buffalo, and its locale even starred as a seedy motel in the even rustier cult movie, “Buffalo 66.”

What’s confounding about the locale is that despite a name that would normally swing over some sawdust-strewn gin mill, Rust Belt is a surprisingly elegant outpost for those salivating for suburban-set seafood, veal marsala or chilled martinis. 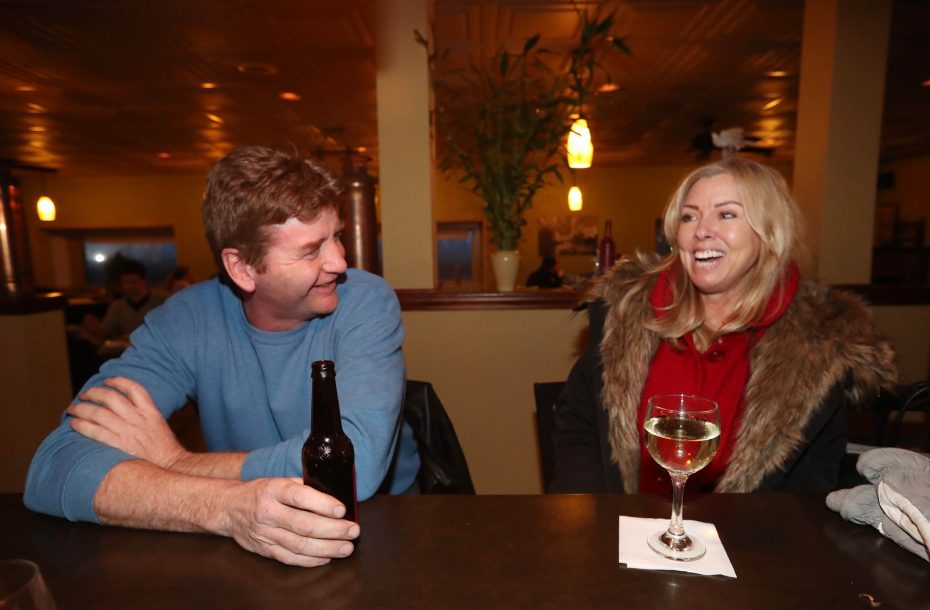 Mike Kelly of the Town of Tonawanda and Denise Krzanowicz of Angola enjoy a drink at Rust Belt Bar & Grill. (Sharon Cantillon/Buffalo News)

Opened in 2013 by owner Anthony Moutsatsos, the bar and restaurant boast the same mandatory offerings as any location of its ilk. There are the rounds of domestic and Canadian bottled beers, 70-cent wing nights (every Wednesday), and the wail of '80s heroes like Billy Idol and Phil Collins ricocheting throughout the spacious dining space and barroom.

Couples and coworkers can cozy up to dinner tables or barstools at the rear L-shaped bar, exchange casual conversation over glasses of the house cabernet ($6), and enjoy the type of interior ambiance expected inside a laundry list of dependable Southtowns favorites, whether on or off the waterfront.

This is just fine. But what you might not expect inside a place shadowed by an auto factory is an adherence to defying its name-related expectations, both with its dynamic dinner menu and drinks.

Visitors can find both adventurous and aquatic culinary fare, whether via its Monday night four-course meal ($19) featuring entrees like half rack of lamb or Parmesan-encrusted haddock, or its regular menu’s banana pepper chicken soup ($5), blackened tuna ($20) and steaming seafood cioppino ($24).

All can be enjoyed in the dining room or at the bar, but you may want to designate the latter as compact space for rush-hour rounds and weekend toasts, diversified by Rust Belt’s cocktail and wine menu.

Yes, the Labatt bottles and Big Ditch drafts are available at standard prices, but during the bar’s Happy Hour or weekly $10 Tuesday, drinkers benefit if they skew from the brew. From to 4 to 7 every night, patrons can enjoy $1 off house wine and well drinks. On Tuesdays, visitors can hoist two glasses of wine or two martinis—including Rust Belt’s fresh-squeezed Lemon Drop edition—for $10. 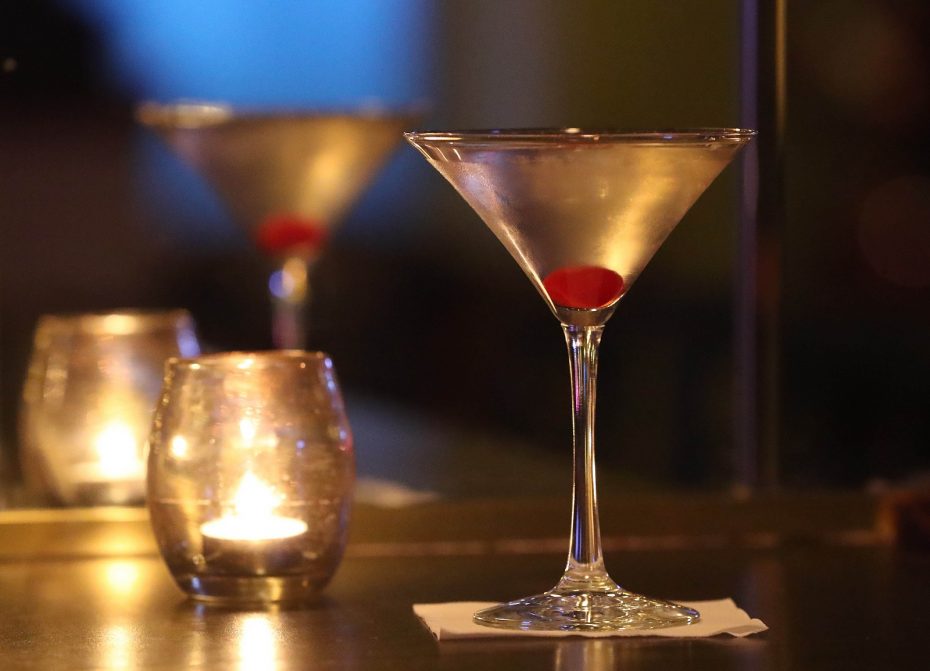 Rust Belt Bar & Grill's signature martini is the only one which includes white wine as one of its ingredients. (Sharon Cantillon/Buffalo News)

Diversified on other evenings with copper-cupped Moscow Mules ($7) or generous pours of Mark West pinot noir ($8), the barroom’s offerings and orders may defy the expectations of the first-time visitor.

This is consistent with the id of its host locale, and in contrast to a name once synonymous with decline. But just like its fellow geographic neighbors, Rust Belt seems intent on turning a once-stinging critique into chic—and unexpectedly so.

Parking: Back and side parking lot. 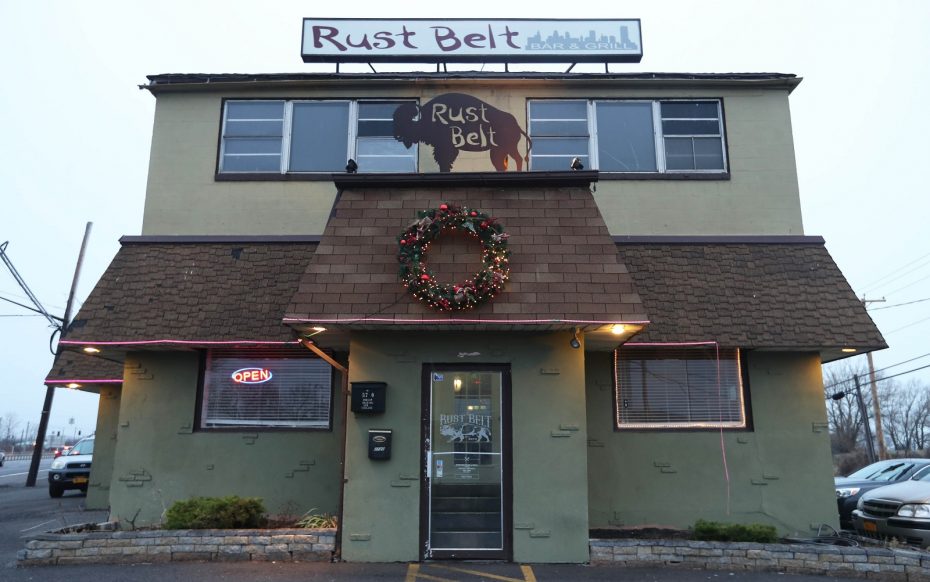