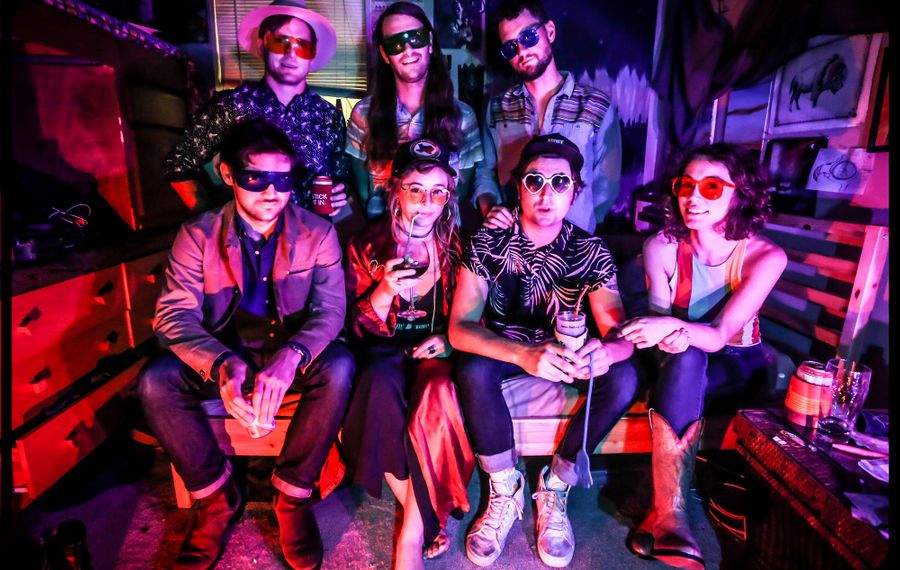 Fresh off delivering a healthy dose of Irish punk at Thin Man Brewery during last weekend's St. Patrick's Day festivities, Super-Tugger will make a quick return to the stage to play a fellow Elmwood Village haunt.

Formally an outlet for members to share their love of '70s and '80s punk rock, the high-energy band has since drifted away from covers, which included the likes of Stooges, Damned, Dead Kennedy, Sex Pistols and Bad Brains, to tackle its own original music. Super-Tugger features current and former members of seasoned local acts including Rhubarb and the Viva Noir.

Joining the band will be an opening set of fuzzy guitar rock heroics from the full band version of Sonny Baker and alt-rock outfit the Serftones.

Next on deck at Thin Man is a set from Zak Ward Trio. One of the many projects of songwriter Zak Ward, the trio features Jeff Schaller from Ward's driving rock project First Ward on drums and long-time musical collaborator Brad Robbins on bass. The trio was last seen setting up shop in Undergrounds Coffee House during this past weekend's Old First Ward Parade celebrations.

Other concerts at the Elmwood Village brewery will include performances from Aircraft and the Tins (April 13), Leroy Townes (April 14) and Pine Fever (April 21). Keep an eye on Thin Man's Facebook page for future musical events.

Bonus points go to those who make a weekend of Thin Man and catch local MC Dr. Ooo serving up a DJ set at 11 a.m. the next day (March 25) during the brewery's monthly Hip Hop Brunch series.

Austin's Wild Child is slowly becoming a household name in Buffalo. Since 2016, the orchestral-pop collective has performed at the Tralf Music Hall, landed an opening gig for Shakey Graves at Canalside and added a spot at last year's inaugural Cobblestone Live! to its growing resume.

Currently on tour in support of its recently released new album, the colorful "Expectations," the spirited indie outfit (think a folksy Florence and the Machine) premiered the record in a rather interesting event on Facebook. The listening party and Q&A featured the band taking part in a power hour during the live stream. For every minute the album played, each member threw back a shot of beer.

This weekend's gig at Iron Works will be the band's biggest headlining set so far in our neck of the woods, so if you haven't had the chance to catch the Texas darlings yet, now is as good of a time as any.