Life Storage has blossomed into a company with more than 700 self-storage facilities spread across 28 states and more than 1,600 employees.

Now two of its co-founders, Robert J. Attea and Kenneth F. Myszka, are retiring from the board of the company that they helped shape.

"The band is breaking up a little bit, but it's been 33 years," said David Rogers, another co-founder and the CEO since 2012.

Attea and Myszka will leave the board following the company's annual shareholders meeting. They are a link to the origin of the Amherst-based company, formerly known as Sovran Self Storage.

Sovran evolved from a company that launched as a financial planning firm. In 1985, Sovran bought its first self-storage property, a location in Sunrise, Fla., that the company continues to own. From that deal on, the company bought nothing but self-storage facilities. Attea and Myszka were co-founders of the company, along with Rogers and Charles Lannon, who remains on the board.

In 1995, the company went public. Sovran was renamed Life Storage in 2016; the brand name of the properties it operated also changed to Life Storage from Uncle Bob's last year. Last year, Life Storage recorded funds from operations of $229 million, which is a measure of a real estate investment trust's profitability.

As part of the leadership transition, the company will add three directors to its board, including Rogers. 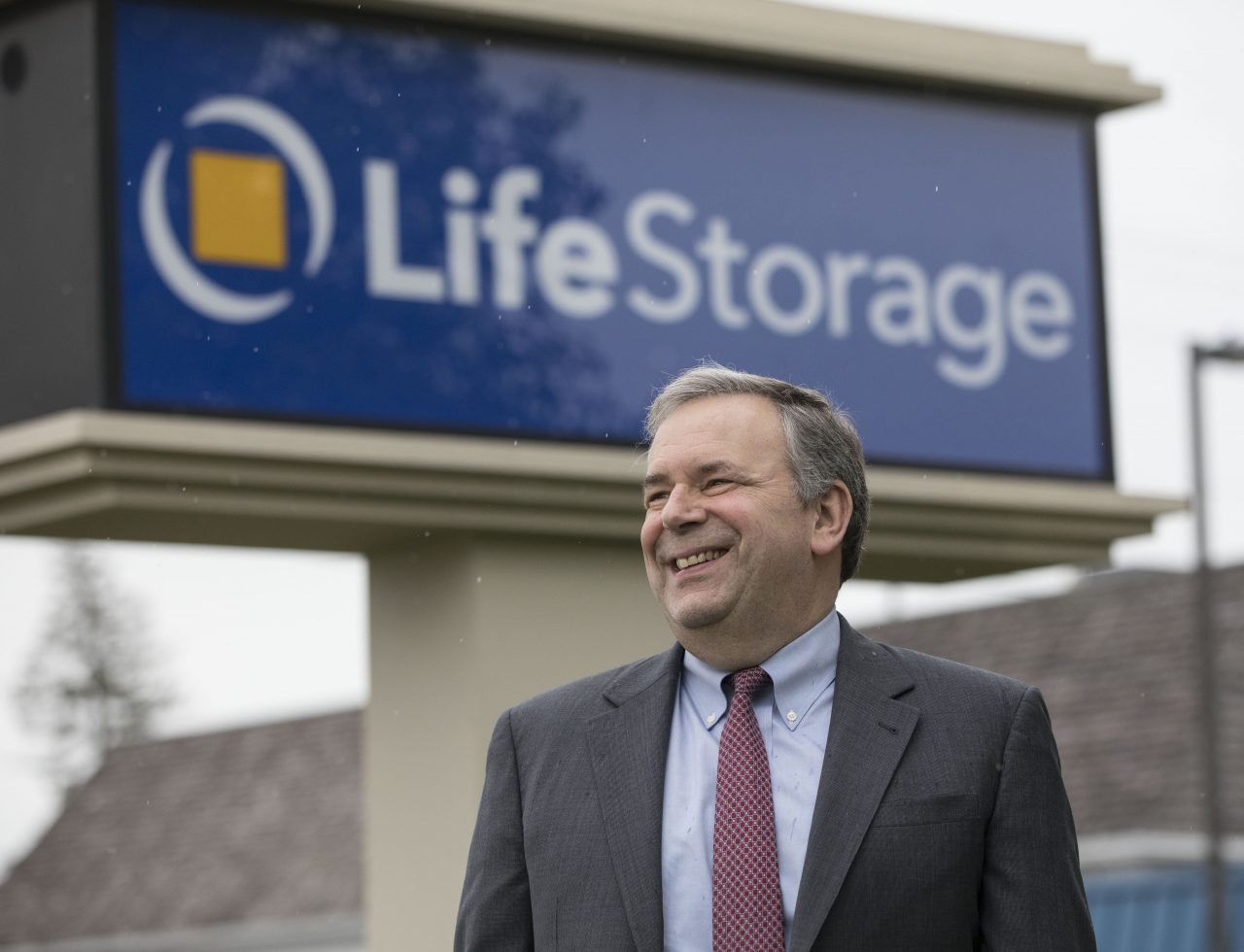 Myszka, Life Storage's president, has been a board member since 1995, and served as chief operating officer for about 18 years, until early 2015. Myszka will remain involved with Life Storage's operations through the end of this year, when his employment agreement runs out.

Rogers said the company has followed through on the vision the co-founders had back in the 1980s. "We built it to last, we wanted it to be here," he said. "We said when we founded it that we want our jobs to be in Western New York.

"Now we've got 250-plus employees right here in our home office," Rogers said.

Rogers joins the board along with two independent directors, Dana Hamilton and Edward Pettinella. Rogers said as the company has grown in size and complexity, the makeup of the board has had to keep pace. "We've got to make sure we get all the right skill sets, in terms of operations, security, cybersecurity and capital markets and governance," he said.

Hamilton is a partner and head of real estate at Pretium Partners, an investment management firm. Pettinella is CEO and director of Home Properties, an apartment Real Estate Investment Trust.