The homeownership rate in the Buffalo Niagara region dropped to its second-lowest level in 25 years in 2017, according to new data released by the Census Bureau.

Not since 2009 during the Great Recession has the region's homeownership rate been lower than last year's 62.4 percent.

A marked uptick in rentals accompanied the drop in homeownership.

The region's rental vacancy rate dropped to 6.4 percent last year, about half of what it was two years ago, when the region had the third-highest vacancy rate in the nation at 12 percent.

"Clearly, the housing market has tightened quickly, and it makes sense that as fewer people can afford buying a house, more are renting and driving vacancy down and rents up," said Sam Magavern, executive director of Partnership for the Public Good, a research and advocacy group focused on government, social justice and civic engagement issues.

Experts point to several reasons for the lower homeownership and rental vacancy rates.

Among them: The region's population remains flat, an infusion of immigrants lack the financial means to buy a house and many residents can't qualify for mortgages.

Other contributing factors, they say, are millennial job insecurity and debt as well as institutional racism.

The homeownership rate is the percentage of households that are owner-occupied.

"In the end, this is the story of the region," said Jason Knight, an assistant professor in SUNY Buffalo State's Department of Geography and Planning. "This is not a 'resurgence' story. It's a same-old, same-old story."

"Some places, such as Elmwood Village, North Buffalo and the suburbs continue to do well, and some places, including the East Side, Black Rock/Riverside, the West Side and parts of our first-ring suburbs and rural communities, continue to struggle," he said.

PUSH Buffalo officials, who work on housing issues on the West Side, have seen prices there rise significantly, as people priced out of Elmwood Village cross Richmond Avenue to look for homes.

An influx of national investors and refinancing for home improvements also are upending the housing market by pushing prices up, said Aaron Bartley, PUSH's executive director.

"Homes are appreciating beyond the socioeconomic capacity of Western New York, which is a working-class region," Bartley said.

"I believe there is a disjoint between the imagined housing market that many developers, brokers and others in the industry are pushing, and the reality of the economic situation where we haven't seen much wage or job growth," Bartley said. "That is what concerns me most."

"What this data shows is that as people are priced out of appreciated prices for home buying, they are shifting into rentals," he said. "It also shows there are systemic problems with credit that have not been resolved since the financial crisis.

"Both the debt people took on when they lost their homes 10 years ago, and the historic levels of credit card and student debt we see today are preventing people from accessing mortgages and loans," he said. 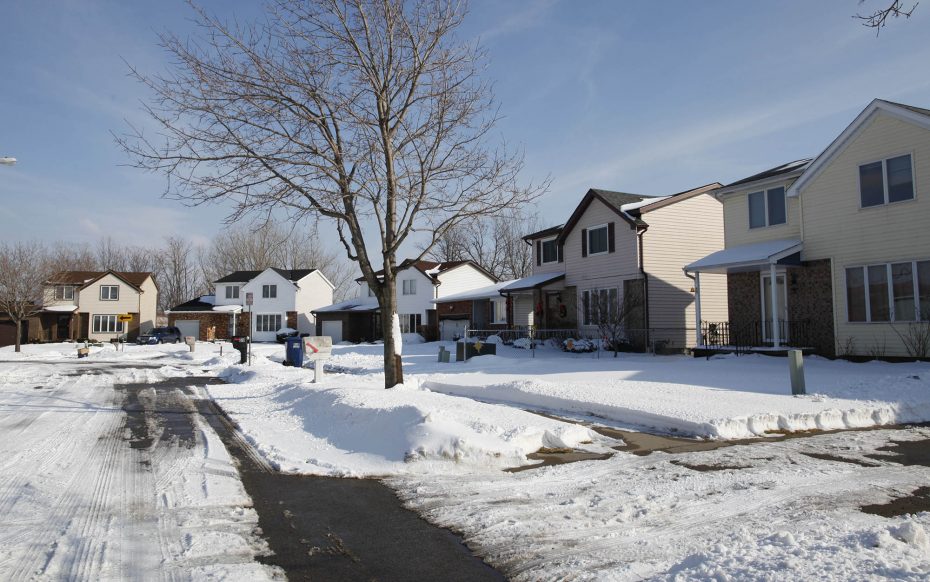 "On top of that are the systemic issues of racism that have been well-documented regarding mortgage access by race, preventing a lot of people from buying homes in the region," he said.

An Apartment List study released in August showed the Buffalo region with the largest homeownership gap among races among the nation's 50 biggest metro areas. The white homeownership rate was 67.8 percent in 2015, while the rate across minority races was 27.3 percent, according to the study. That 40.5 percentage-point gap widened by 5 percentage points since 2000, according to the study.

The Partnership for the Public Good said banks need to do a better job lending to first-time home buyers in distressed neighborhoods, where homes are in need of repair and homeowners lack the funds to make improvements.

Magavern said the state should also offer more support to community development institutions that he said tend to do a better job than banks in serving low- to moderate-income people.

The inability of many people to qualify for mortgages is due, in part, to tighter financial regulations, said Fred Floss, who is chairman of SUNY Buffalo State's Economics and Business Department.

"Many of these people would have bought but were declined loans," Floss said. "That's essentially what's happening when you don't meet income requirements."

The Census Bureau estimates on homeownership don't jibe with what he sees, said John Leonardi, CEO of Buffalo Niagara Association of Realtors.

The association, which tracks an eight-county area, sold the third-most homes in its history last year, averaging 1,050 homes per month from March 2017 through February 2018. And that happened despite the lowest inventory on record.

"As soon as something comes on, it goes off," Leonardi said.

"That's why there is no inventory. We're down to 2.4 months of inventory when we'd prefer to see six months. I can tell you that when inventory is this low, houses are selling," Leonardi said.

Knight finds the Census Bureau's American Community Survey, which uses larger sample sizes and has a lower margin of error, provides more accurate data with less variability. He said that survey has shown little change in homeownership rates from year to year.

The same survey found fewer changes in rental vacancy rates – and even those estimates might say more about the change in the number of rental units on the market than about vacancies.

Other data, Knight said, show the number of households has been flat. There have been small increases in housing units and vacant units, while owner-occupied and renter-occupied housing remained virtually the same from 2011 to 2016, he said.

Anecdotal evidence suggests that aging baby boomers moving out of their houses to live in downtown apartments or into assisted living units could help explain the falling rental vacancy rate, said Floss of Buffalo State.

Also, the economic security eluding millennials is a factor, more so than for previous generations but not unique to the Buffalo region.

"That isn't going to explain why we're different from other places, but it adds into why more people are renting," said Floss, also a fellow with the Fiscal Policy Institute in Albany.

The region's 6.4 percent rental vacancy rate ranks 45th in the nation, lower than other Rust Belt cities like Pittsburgh (9.7 percent) and Cleveland (8 percent rate) and about the same as Milwaukee (6.4 percent).