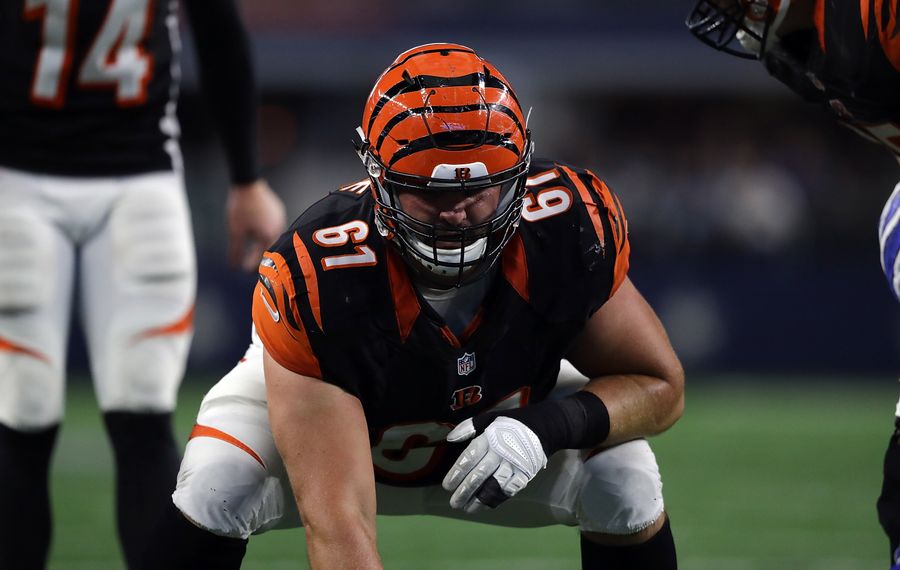 The Buffalo Bills added some depth and competition to their offensive line Monday.

The team agreed to contracts with former Bengals center Russell Bodine and former Raiders right tackle Marshall Newhouse. Bodine, 25, got a two-year contract, while the 29-year-old Newhouse signed on for one year.

Bodine, a 6-foot-3, 308-pounder is a former fourth-round draft pick out of North Carolina in 2017 who has started all 64 games in his career. At the 2014 NFL Scouting Combine, Bodine did 42 reps on the 225-pound bench press, six more than any other player.

The Bills were in the market for offensive line depth with the pending retirement of center Eric Wood because of a neck injury. Ryan Groy is penciled in as the starter, but Bodine figures to now compete for that job.

Newhouse, 6-4 and 330 pounds, has started 70 of 100 career games. He has a championship ring from his time with the Green Bay Packers in Super Bowl XLV. Newhouse was released by Oakland last week after starting 14 games in the 2017 season. He's also spent time with the Packers, Bengals and Giants.

According to PFF, Newhouse allowed 38 quarterback pressures last season, the most among Oakland's offensive line starters. His eight sacks allowed ranked tied for fourth most in the NFL, according to PFF.

The Bills needed depth at tackle after trading Cordy Glenn to Cincinnati and losing Seantrel Henderson in free agency to Houston.