Betsy Carmichael was born out of crisis.

In 2015, as O'Connell and Company prepared to stage "The Queen of Bingo," they received a cease-and-desist letter from the show's authors, who objected to the fact the company planned to cast two men in roles meant to be played by women.

On the fly, instead of canceling the show, Buffalo performer and writer Joey Bucheker got to work on a new script. Six days later, "Betsy Carmichael's Late Nite Bingo" emerged, almost fully formed.

Since then, Bucheker has honed and improved the character of Betsy Carmichael at fringe festivals and theaters in Indianapolis, Chicago, Pittsburgh and Providence. He's brought her back to the O'Connell and Company stage for "The Betsy Carmichael Christmas Special" in 2016. And now, his muumuu-sporting, bingo-obsessed character is returning for a three-day performance of "Betsy Carmichael's Bingo Palace" in Shea's Smith Theatre.

On a recent afternoon, Bucheker talked about his inspiration for the show, his creation of a mini-franchise and the personal and creative freedom that comes from wearing a muumuu. 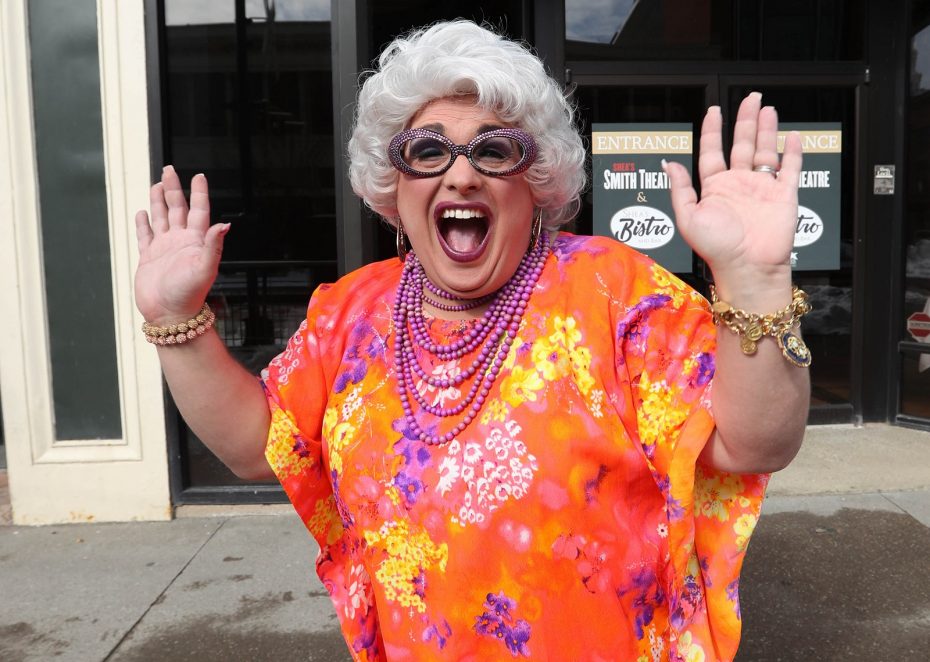 Question: Who is Betsy Carmichael?

Answer: Betsy is originally from Buffalo. She grew up as a bingo-caller's daughter, and she was very close to her family. Her father called at the local parish. And when she was just a little girl, her mother would take her and her sisters there to spend time with her father. She grew up in a bingo environment, and after she won her first game, she was hooked and devoted her life to bingo.

As she grew up, she was a card-check girl. She assisted her father, and then one day he was stuck in a blizzard and she became the first female bingo caller in the Buffalo Diocese. She broke the glass bingo cage.

A: She's very optimistic. She's a genuinely happy person. She's witty. And sees the best in people, but is always looking to have a good time. The only person she picks on is her brother-in-law. But she's not a negative person, she doesn't shame people. Because the next win is just one bingo game away.

Q: What has it been like for you to create this mini franchise?

A: People light up when they see her. It's very interesting. When we were doing marketing, I said, the more you can get me on TV or doing the weather or just being there, the better. The more you see her, the more you buy and just adore her.

It's shocking how many people have no clue that Betsy's not Betsy. Numerous times, there will be people waiting in the lobby to meet the little old lady. That's the one that's funny to me. What it means is they bought into it. It's shocking to me.

Q: It seems like you're having a lot of fun with it.

There's a freedom with Betsy that Joe doesn't have. Betsy can do whatever the hell she wants, and there's some comfort in that. Because my weight fluctuates on an hourly basis -- there's a comfort being in a moo moo and glasses and behind all that makeup, and people having no clue who you are.

There's no limitations to her. Me, myself, where I'd feel awkward, Betsy can do anything. She's just loved.