When Joseph R. Burgio was drafted into the Navy for service in World War II, his mother objected.

Joseph was the youngest of nine children and three of his five brothers already were in the military.

Carmela Burgio and her ailing husband, Ignatius, were in their 70s and depended on Joseph's paycheck from Bell Aircraft. The mother felt her family already was making a big enough contribution to the war effort with three sons in the Army. And, after all, Joseph was doing his part as a welder building Airacobra fighter planes.

"We were living on the West Side and my mother went to the local draft board and said I was the sole supporter of her and my father," Burgio said. "They denied her request for a hardship anyway."

Burgio headed to the Navy and his mother headed to work in the Town of Tonawanda.

"She washed dishes and cleaned at the cafeteria in the Chevy plant. What else could she do? She and my father had to eat," Burgio said. "My mother didn't like what happened, but she was so proud of her sons. She was a blue star mother four times over."

In the front window of their West Avenue home, Burgio said, she displayed a flag with the four blue stars signifying the service of her sons. Carl was an infantryman in the Pacific Theater. Andrew served in the China-Burma-India Theater. Paul stayed stateside.

The oldest of the Burgio brothers, Michael, had been exempted from the draft because he was married and had a child. But he, too, contributed to the war effort.

"Michael was working at Curtiss Wright building P-40 fighter planes," said Burgio, who also served stateside. "I was sent to the Naval Air Station at Key West. I did a lot of welding, fixing airplanes."

And while it might seem like a good bet that Carmela's two sons assigned duty in the United States were safe from danger, that was not the case.

"While my brother, Paul, was serving in California, he was in an accident and they had to amputate one of his legs," Burgio recalled. "He came home with an artificial leg."

In 1946, when Burgio's service concluded, he went back to work at Bell and three years later married the former Arlene Mirkiewicz, an East Side resident. 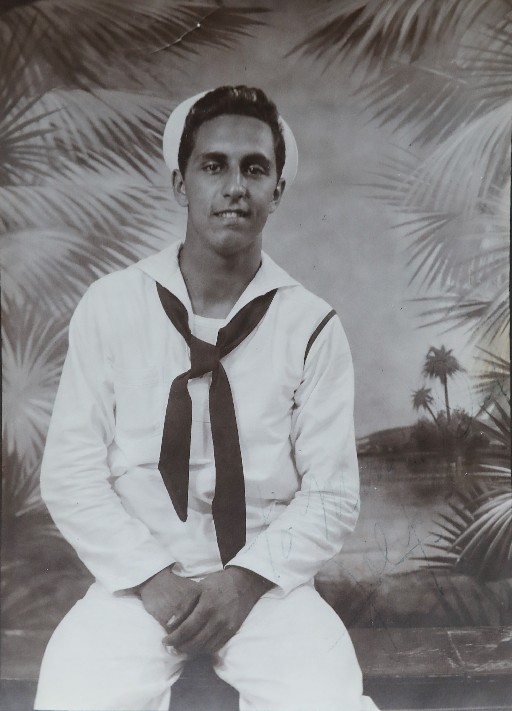 His wife died two years ago, but Burgio says they had many fulfilling years together after he retired from Bell in 1983 and they were unexpectedly drafted into a different type of service.

They attended a Catholic retreat known as Cursillo and experienced a spiritual renewal.

"That changed our lives. We became warriors for God," Burgio said.

While active in Cursillo, the Burgios volunteered in a prison ministry called Kairos.

"We helped start the Kairos movement in this area. We'd go into prisons and hold retreats for the inmates," he said.

At 95 years old, Burgio has slowed down. He is the last survivor of his siblings and says he often reflects on the military service he and his brothers provided their country. But it is his mother and the strength that she showed so many years ago that impresses him the most.

"She accepted the rejection of the hardship request to keep me out of the service and went out to work," he said. "She was my hero."