Spring is just about here, the snow will finally melt from baseball diamonds, and the crack of the baseball bat will fill the air.

It's an especially sweet sound for Superior Bat Co., a Jamestown company tucked away in an old factory that makes wooden baseball bats under the brand name A-Bat.

Superior started making bats in 2003. Grace Wheeler runs it as a business separate from Superior Wood Turnings, which is operated by her husband, Doug, and his business partner, Shane Goodwill. That company makes chair and table legs for the furniture industry, among a variety of other wood products.

Bat production started at the suggestion of one of Superior Wood Turnings' lumber sources. It was a welcome opportunity to diversify. The furniture industry took a hit in the early 2000s, with more of that of production moving offshore.

"Everybody in the furniture industry was trying to figure out what else to do to keep the business rolling," Grace Wheeler said.

Before long, the factory was making 500 bats a week, including for major leaguers like Gary Sheffield, Rafael Palmeiro and Curtis Granderson. Granderson once played for the Double-A Erie SeaWolves, in nearby Erie, Pa., en route to the majors. "He always said that our bat is what got him to the big show," Wheeler said. (Granderson uses a different company's bats in the majors.)

Allen Craig used an A-Bat to slam a home run that helped the St. Louis Cardinals win Game 7 of the 2011 World Series over the Texas Rangers. Wheeler has a photo of that bat displayed at the Baseball Hall of Fame in Cooperstown. 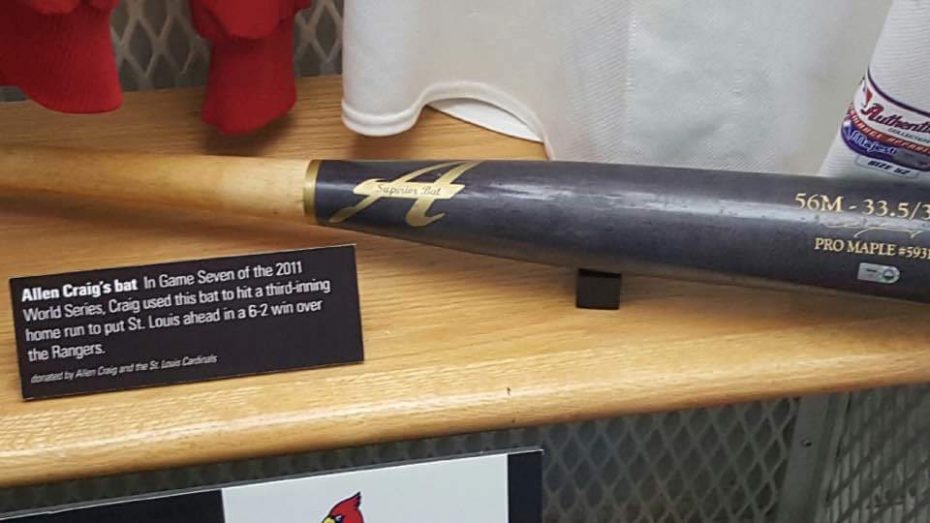 Allen Craig hit a World Series home run with this bat made in Jamestown. (Photo courtesy of Grace Wheeler)

Superior stopped supplying major league players a few years ago, in the face of stiffer competition for that segment of the business, but has found a niche making baseball, softball, youth, fungo and award bats for less famous customers. Today, the factory produces about 100 bats per week. Award bats, which are engraved as trophies or presents rather than swung at the plate, are a big part of its sales.

Bat making starts with cylindrical pieces of wood, known as billets, that weigh 80 ounces to 107 ounces. They are shipped from the Binghamton area to the East First Street factory, where they are sorted by weight. Superior's bats are typically made of maple or birch. Its ash supplies have dwindled because of the destruction caused by the emerald ash borer, Wheeler said.

Superior can make 400 different models of bats. The process starts when a billet is inserted into a lathe which cuts the wood into a bat matching a customer's specifications. The bat is then sanded and extra wood is cut off both ends. Using another machine, the top can be "cupped" to change the weight or the bat's weight distribution. 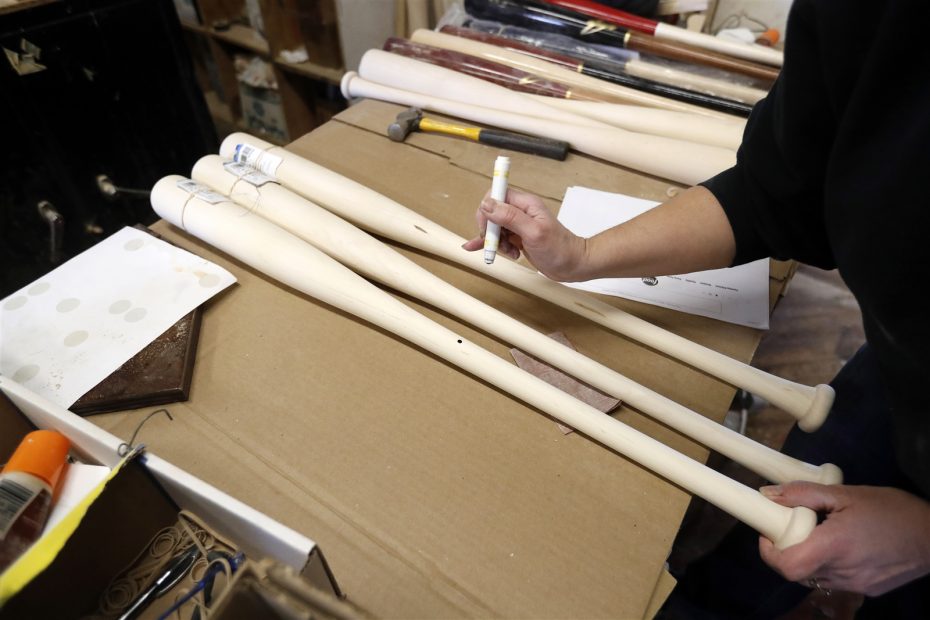 The bat gets painted in a booth, then goes into a machine where a laser creates a personalized inscription. A final coat of lacquer is added, and an A-Bat logo is applied. After a final inspection, an A-Bat stick is placed on the bottom of the bat, and Superior boxes and ships the item to the customer.

Superior's bats sell for $80 to $110. The arrival of baseball season triggers an uptick in orders, but the company also sees a surge in May, for award bats as graduation gifts.

With the bats come the memories. They are used in a softball tournament on a beach played in California. Wheeler has watched aspiring major leaguers on the Jamestown Jammers, the city's former New York-Penn League team, use them in games. And she can still picture Granderson, after he joined the New York Yankees, standing at the plate, "with that bat, all nice and proud, and I'm thinking, 'Did you see that?' "