For the first time in a while, Brett Tutor had no travel delays when he flew across the country this week. He landed in Buffalo just after 5 p.m. Thursday, and two hours later was sitting at a stool at Local Kitchen & Beer Bar, relaxed and unfatigued. Snowflakes falling outside created a snow-globe effect on night-lit Chippewa Street.

“I haven’t seen snow in three years,” said Tutor, who lives in Austin, Texas, but flew in from Los Angeles, where his new job as a carpenter on the soon-to-be-relaunched show “Trading Spaces” has him spending a lot of time. “I was so excited.”

Fresh experiences are Tutor’s norm. The 32-year-old, who grew up outside Austin, has packed his life with them ever since graduating high school. He’s been an airman, stuntman, reality-show survivalist, martial artist, surfer, Old Spice commercial actor, humanitarian, singer and entrepreneur.

With his role on “Trading Spaces” comes the opportunity for side gigs, and that is what brings him to Buffalo. Tutor is appearing March 16-18 at the Buffalo Home Show. He’s co-hosting a Friday night happy hour and making stage presentations Saturday (1 p.m., 4 p.m.) and Sunday (1 p.m.) at the Buffalo Niagara Convention Center.

But he there’s a tiny tumbling point here, albeit a self-deprecating and temporary one.

“Nobody knows who I am,” Tutor said.

He’s right — for now. “Trading Spaces” premieres April 7 on the TLC network. When that happens, Tutor will become a known personality. But right now, he’s in celebrity preview mode.

“It’s weird to talk to people who have no clue who you are,” he said, with a touch of bemusement. A few weeks ago, Tutor made his first appearance on the home-show circuit, which is a lucrative side gig for home-improvement stars. At that first show, in Jacksonville, the crowd locked in on his technical expertise: Tutor is a licensed home inspector and septic-system installer in Austin.

“Everybody wanted to talk about their septic systems,” he said, laughing, “so that’s what we talked about for an hour.” 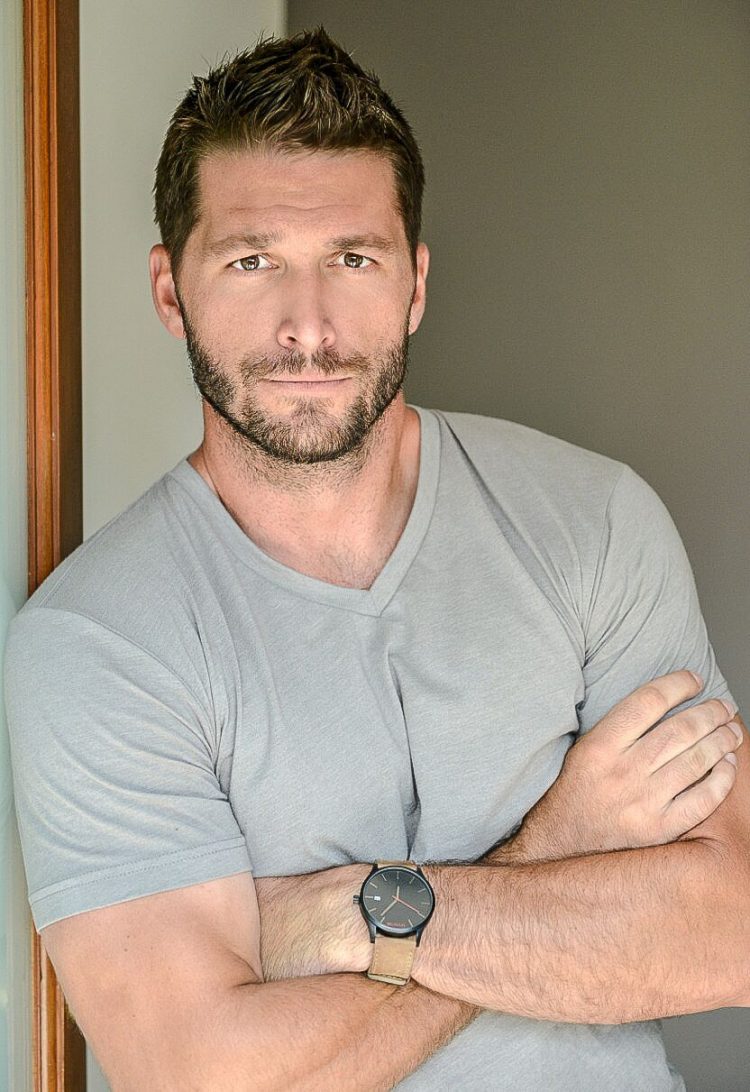 Brett Tutor is a carpenter and licensed home inspector who still runs his business in Austin, Texas.

Soon enough, the crowds will have more more to ask. In “Trading Spaces,” designers and carpenters are given a couple of days and a tiny budget to creatively (and expeditiously) transform a room. The show was a hit on TLC from 2000 to 2008; it helped create mass appeal for the home-improvement TV genre and spawned celebrities like the high-octane Ty Pennington, who is among several original cast members that are back for the relaunch.

Pennington was the designer on Tutor’s first episode, which was shot in late summer.

“His ideas were so… Ty. All over the place,” Tutor said. “He gave me probably about three weeks’ worth of carpentry projects to do in two days. I think he did it because he’s like, ‘Alright, buddy, you’re the new kid. This isn’t a holiday. You’ve got to earn it..’ ”

Tutor earned it, and Pennington became a mentor of sorts, talking to Tutor about the attention that’s about to come his way with “Trading Spaces” returns.

Some of it is happening already. “New ‘Trading Spaces’ guy is from Texas and he’s super hot” proclaimed the Houston Chronicle in a recent headline, linking to an Instagram photo of Tutor in Argentina, wearing a popped-collar black jacket over a white T-shirt, and an earth-tone beanie over his dark hair, with a river in the background.

People magazine cast this bait into the online waters: “‘Trading Spaces’ has a new carpenter and he’s… well, you should probably take a look at this.” The story has the obligatory hot-guy photos: Tutor (and his chiseled physique) in the shower filming an Old Spice commercial. Tutor graduating from basic training with the Air Force. Tutor, shirtless, with a surfboard under his arm and a guitar over his shoulder. Tutor, his beard bushy and unshaven, laying on a wooden platform in Cambodia, talking to a young orphan boy.

Most stories about Tutor speculate on his looks and his relationship status (he is unmarried). Sitting at a bar-side table in Buffalo, between bites of a burger and sips of beer – he didn’t touch his fries – Tutor laughed about it.

“Man, I’d be in a bad place if I took that seriously,” he said. “You go to a promo shoot for ‘Trading Spaces’ and there’s a makeup person there, and somebody has been shopping for you, and there are pictures of you, and there are email chains about your facial hair, and what kind of flannel shirt you should wear...

“I would be so scared for somebody young to be in this business, because it would be easy to think that it’s about you.”

“I’m just this lucky dude who they want to build stuff and put pictures of to try to sell more ad space,” he said. “It’s not about me.”

His parents split when he was a child and his mother was out of his life for much of his childhood. He had an older brother and younger sister and fended for himself much of the time. Once, at 15, he ran away for a couple of days and lived in an abandoned house. When he came back, he noticed that nobody realized he was gone. (The family is tighter today, after his mother had a successful fight against cancer that Tutor says brought them together.)

Football, baseball, a strong group of friends and a devotion to his Christian faith helped push Tutor through high school. He gave junior college a two-semester try and then dropped out, opting instead to travel, explore and work with his hands.

Tutor lived in Hawaii, where he studied martial arts. He scraped together just enough money to travel the world, surfing and adventuring. He also spent time volunteering in schools and orphanages in Kenya, which inspired him to start a nonprofit, Off the Grid International, to help people in underdeveloped areas get clean water and sanitation systems.

Tutor also spent time in the Air Force (an Achilles injury shortened his tenure), doing stunt work, modeling and shooting commercials. He had a gig as a survival specialist on a Discovery Channel show, and today records music with his older brother, Chase.

“For me, it wasn’t a crystal-clear path,” Tutor said. “It was a combination of trying everything and figuring out who I was, and who I wasn’t. For some people it seems to come pretty easy, but there are a lot of kids that it doesn’t.”

Tutor set down his burger and lifted both hands in the air. He brought up a Ted talk called “Why some of us don’t have one true calling.” The speaker, Emilie Wapnick, used a term that Tutor appreciates: multipotentialite.

He lifted both hands into the air to explain the concept: Some people are one thing — say, a carpenter and home inspector. Some people are another thing — a stuntman, for example. When you put those two disparate roles together – Tutor moved his hands close together, so the circles overlapped – you make something new.

“There’s something in the middle where you create something original,” he said, “and that’s where the magic is.”

That’s where he is now. Tutor isn’t sure if “Trading Spaces” will be renewed for another season, nor is he certain whether he would be invited back if it does. But the adventures of his 20s have funneled into a cool job in his early 30s. He didn’t plan for this, but he’s excited about the result. Even if it means talking for an hour about septic tanks.

“Those things are starting to consolidate into real fun,” he said. “Getting to travel around and meet awesome people and speak to people. It’s opening a lot of opportunities.”