Developer Rocco Termini is pursuing a third business incubator on Chandler Street in North Buffalo, this time targeting a group of food-related businesses, even as he's still finishing up work on his first two projects on the street.

Termini, who is known for his adaptive reuses of old commercial and industrial buildings in Buffalo, wants to convert a pair of warehouses at 27 and 37 Chandler into a small business hub tied to SUNY Buffalo State and the state's Start-Up NY initiative.

The two buildings, which total 35,000 square feet in all, would provide more permanent homes for food vendors – like "the guy that makes ravioli, pirogies or chili sauce" – who don't currently have their own space and often operate out of ad-hoc places like church kitchens. Plans call for about 30 kitchens in the complex, with the businesses renting the space so they can produce their products at lower costs.

Buffalo State's Small Business Development Center already has a group of such small companies that they've been working with, and the link with the college and Start-Up NY would give the entrepreneurs the opportunity to operate tax-free for 10 years, Termini noted.

"Kitchen space is the No. 1 need for startup companies, because it's very expensive to produce," Termini said. "So there's a whole variety of different layers to make it work, because startup companies can't afford to pay higher rent."

The $15 million project would be funded with $4 million in federal historic tax credits, $3 million in state credits, and another 48 million in both New Markets and state Brownfield Cleanup credits. The project will be "grandfathered" under the old historic tax credit rules, since Termini bought the buildings late last year, before the new federal tax reforms took effect.

"There's no debt on the project," Termini said. "This is a project the government should be doing."

The two structures are each about 110 years old. The one at 37 Chandler was home to Jewett Refrigeration, while 27 Chandler housed Cornice Brake Co., which sold its products to the Pierce-Arrow Motor Co.

This is the third such project on Chandler for Termini, who has already converted two other buildings into commercial and incubator space. That includes the new Pierce Arrow Business Center in an 80,000-square-foot former processing facility complex at 155 Chandler – with a winery, beer tasting room, a bowling alley and office space for software developers – as well as a 50,000-square-foot building at 166 Chandler, with the new home of Thin Man Brewery.

In all, Termini said, he's investing more than $40 million on Chandler. He also converted three other nearby buildings into loft apartment complexes on Elmwood Avenue and Grote Street. 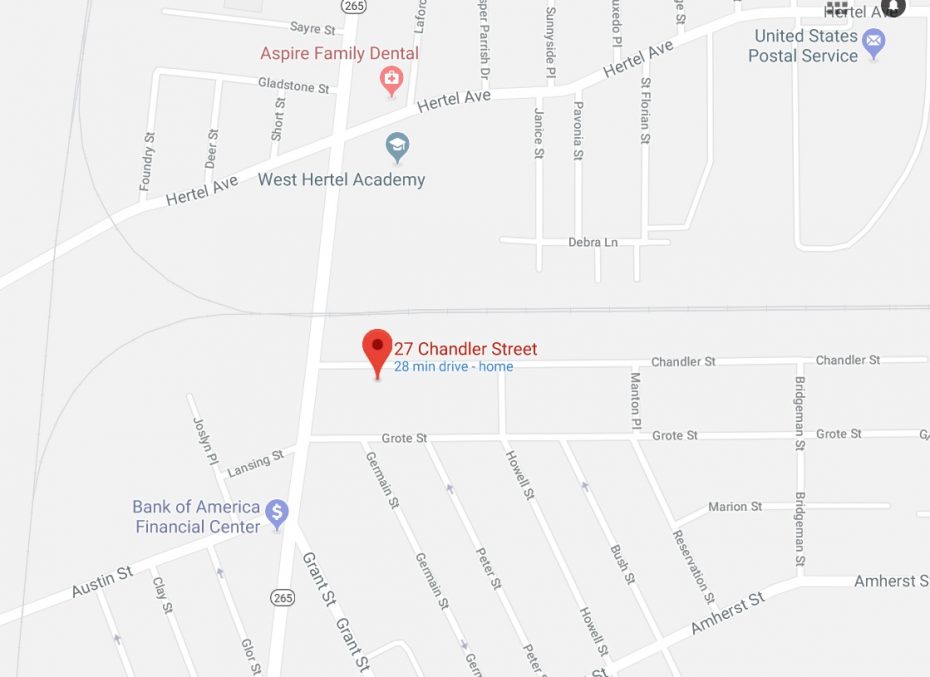