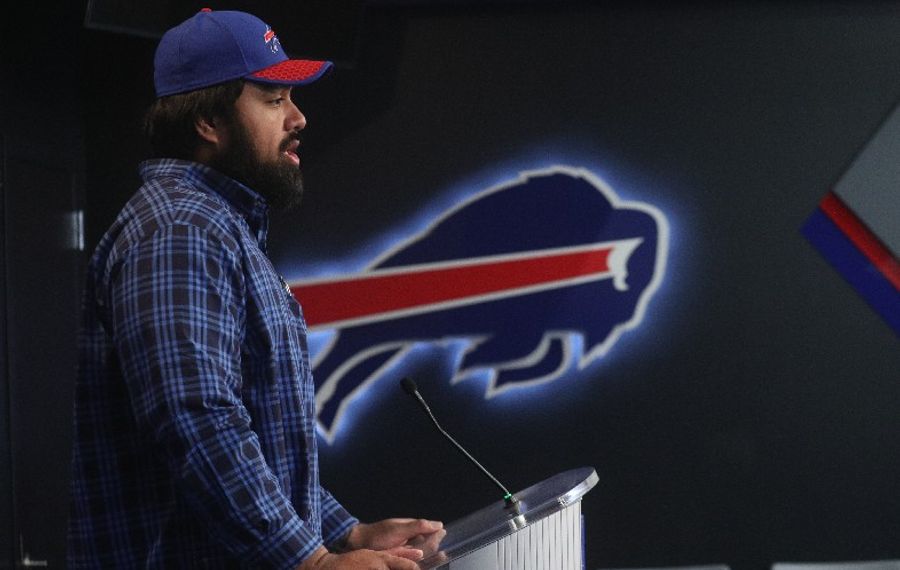 Star Lotulelei has no problem staying out of the spotlight.

In fact, the Buffalo Bills’ new defensive tackle seems like he’d rather avoid it.

“If doing what I do helps others be great at what they do, then that's fine,” Lotulelei said Thursday at One Bills Drive after signing a five-year contract with his new team. “I was part of a front that had some real good players in Carolina, so I helped them, but at the same time, they helped me. I think that's exactly where we're going here. Everybody's going to help each other.”

Lotulelei’s presence in the middle of the defense should make life easier for those around him. The 6-foot-2, 315-pounder is known for his ability to occupy blockers, freeing up others to make plays.

“My role is whatever the team needs me to do,” he said. “Whatever the defense needs from me, I'm going to come in and just work. Do whatever we need to do to get some wins. This team did a great job going to the playoffs last year, so help us go a little bit further.

That all makes for the following salary cap hits:

Lotulelei was a seemingly obvious fit for the Bills given his deep ties to the team’s front office and coaching staff. Buffalo General Manager Brandon Beane was Carolina’s director of football operations and Bills coach Sean McDermott was the Panthers’ defensive coordinator when Lotulelei was drafted in the first round in 2013.

“It's a good relationship. I enjoyed the time I had with coach McDermott in Carolina,” Lotulelei said. “He was a great coach, so being able to play here, play for him again, was … part of why I decided to come here.”

Lotulelei won’t be tasked with learning a new playbook in Buffalo.

“Just being familiar with the defensive scheme, so not having to go over to a different team and going through a whole new playbook, that was probably the biggest thing, was just being real familiar with the playbook here,” he said of his reasoning for signing in Buffalo.

Despite that familiarity, Lotulelei didn’t got into free agency with any preconceived notions of where he would land.

Lotulelei will join Kyle Williams on the interior of the defensive line. The team also added defensive end Trent Murphy during the beginning of free agency, two significant moves in regards to rebuilding the front seven.

“I know he's a heck of a player. He's got great versatility, great athleticism. I mean you saw him running the ball last year. He's got a couple touchdowns under his belt. He’s just, from what I hear, a great leader, a great locker room guy, so just everything you want out of a veteran and one of your leaders. I'm excited to play with him, play with the D-line and the defense.”