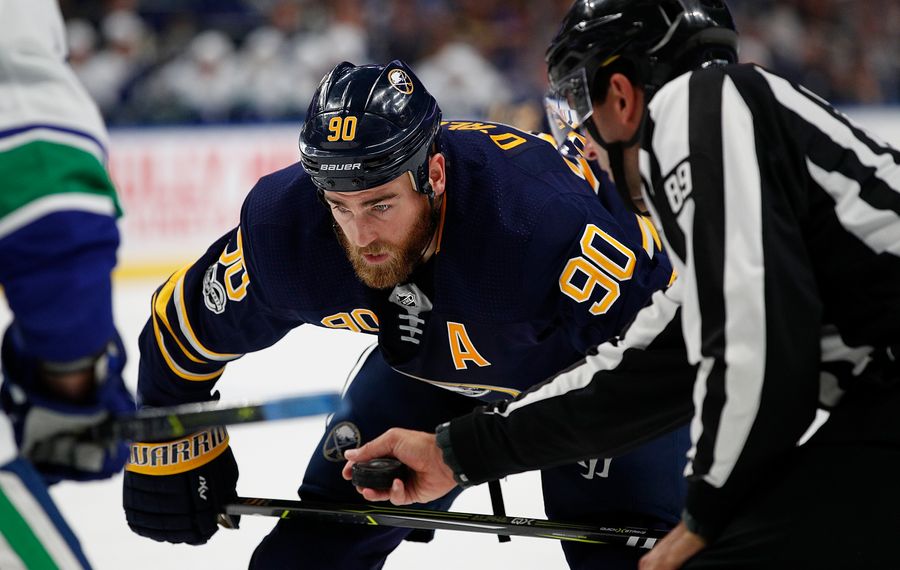 Ryan O'Reilly will step into the circle against Toronto on Thursday night with 200 more faceoff wins than anyone else in the NHL. Though he's clearly focusing on the skill, he's not obsessing over it.

"You can't win a draw by thinking about it," the Sabres center said after the morning skate in KeyBank Center. "You've just got to go do it. The more aware you are, the more present you are, the more success you'll have. That's what I try to do, just try to take it one at a time and go from there."

The league instituted new rules this season to prevent cheating on faceoffs. Centers must face each other squarely with their feet planted behind red lines. It's changed the focus from angles and positioning to reflexes and dexterity.

"This year, obviously, I think it's really helped out," O'Reilly said. "I have a very stiff stick, so that gives me an advantage over a lot of guys. It's something that I've been able to use."

O'Reilly will enter the game against Toronto with 1,075 victories and 683 losses in 1,758 draws for a league-best 61.1 percent success rate. Anaheim's Antoine Vermette is second at 60 percent, while Pittsburgh's Sidney Crosby is second in victories (867) and draws taken (1,659).

"I don’t think it's as important of a piece as it needs to be," O'Reilly said. "There's so much else going on in the game now. It's what you do when you have the puck and how you get it back and all those little things, but I have been confident in there this year."