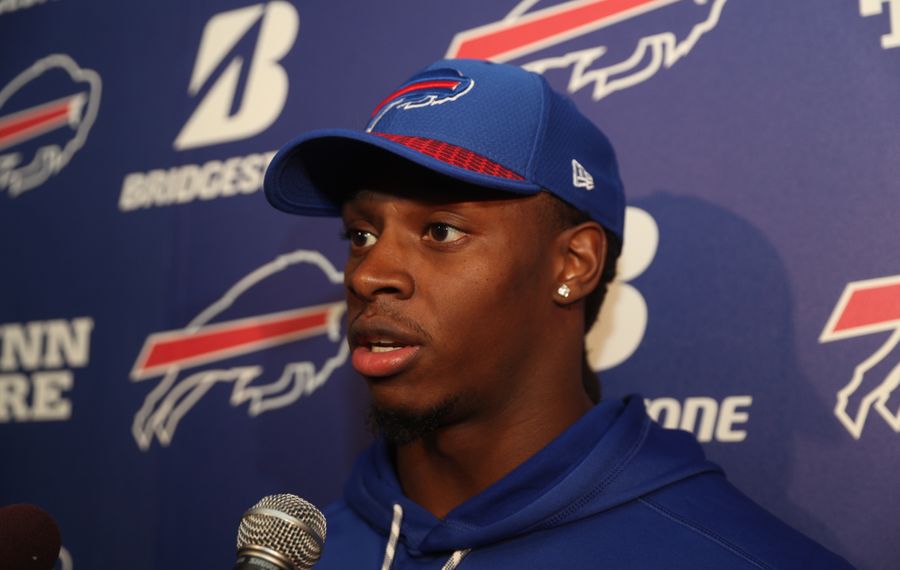 Julian Stanford wasn't too familiar with Buffalo before signing with the Bills. He knew one thing about the team, though.

"They have the best fan base in football," Stanford said Thursday at One Bills Drive, speaking to the Western New York media after signing his contract. "I think this is a good fit for me. I just thought it was a great opportunity. I like the way the organization is here. I like the culture here. I like the staff, and from top to bottom, it’s a first-class organization."

Stanford was one of five free agents officially introduced by the Bills on Thursday. Having spent the past two seasons with the New York Jets, Stanford has seen the Bills up close twice a year.

Bills add depth at linebacker with signing of Julian Stanford

"Obviously, as you know, it’s a divisional opponent, so we have a lot of competition going back and forth. They definitely have a good football team," he said. "I know the camaraderie, as far as the team is, they seem as though they enjoy playing with each other and playing for each other and I think those are two big, key components in a successful team."

Stanford said he's only briefly talked about what his role on defense will be, but is comfortable playing any of the team's three linebacker positions.

"I’ve played in different systems. I’ve played inside in the 3-4, I've played in the 4-3," he said. "I think with my skill set and my ability, I think that I can play all three spots. Like I said, I’m just here to help the team win games."

Stanford knows he'll be counted on to play an important role on special teams, as well. The Bills gave him a two-year contract worth up to $3 million that included a $350,000 bonus.

"I mean, it’s a dream come true," Stanford said. "This is the first time for me going through free agency. It was a little bit of uncertainty about what’s going to happen [and] what to expect. This is new for me, but it’s definitely overwhelming and definitely a dream come true. I’m very excited to be here."