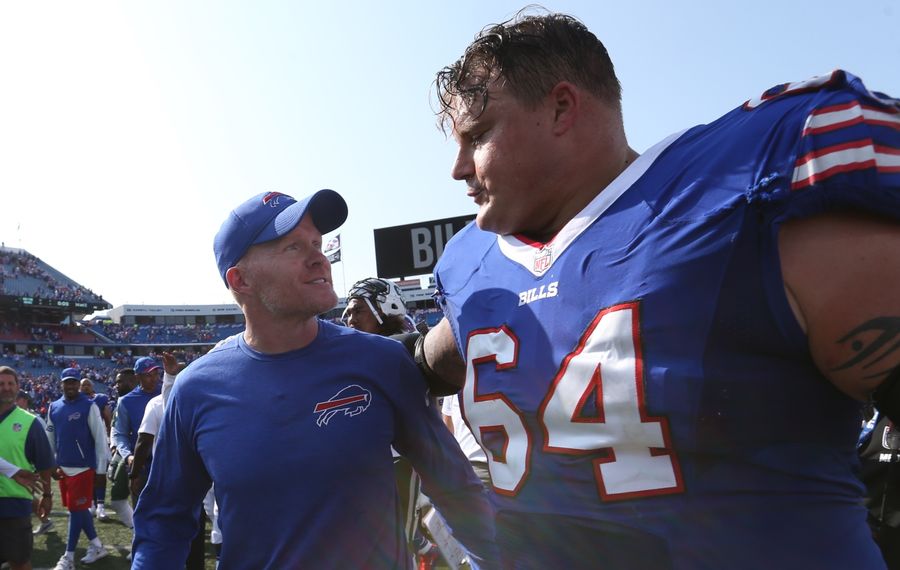 Richie Incognito will be back with the Buffalo Bills in 2018, but under the terms of a new contract.

According to a report Thursday from the NFL Network's Mike Garafolo, Incognito and the Bills restructured the final year of the player's contract.

Bills G Richie Incognito redid the last year of his contract to remain with the team, source says. Sides talked it over recently and got it done.

Given that no years were added to Incognito's deal, "restructuring" is code for "taking a pay cut." Incognito was scheduled to make $6.325 million in base salary in 2018. He was to count $7.575 million against the salary cap, a figure that includes his base salary, the $1.15 million portion of his signing bonus already paid out and a $100,000 workout bonus.

BUFFALO! I’m thrilled to be returning this season and fired up to get back to work with my #BuffaloBills brothers. I truly believe in the vision and the path we are on. We have all that we need to finish what we started #honored #letsdothis pic.twitter.com/NtWgkZO9F0