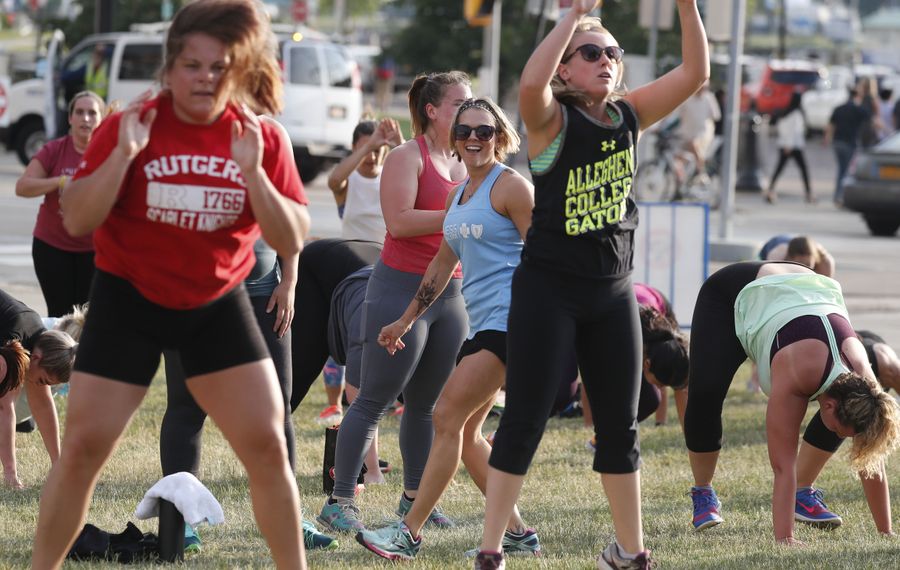 It looks like lots more Western New Yorkers need to put down their pizza and wings and pick up a pair of exercise shoes.

Major upgrades on the Buffalo Niagara Medical Campus and improvements overall in regional medical care have yet to translate into improved health outcomes in Western New York, according to two major national reports released this week.

Half of the region’s eight counties rank in the bottom six of the 62 counties in New York State when it comes to length and quality of life, according to the 2018 County Health Rankings, released Tuesday afternoon by the University of Wisconsin Population Health Institute.

Buffalo Niagara metro area also ranks 151 out of 186 metro regions in terms of health and well-being, according to a Gallup-Sharecare survey released Monday.

“This speaks to the need for balance in terms of community involvement in health,” said Phillip Haberstro, executive director of the Wellness Institute of Greater Buffalo. “If it’s all over on the treatment and cure side, and not enough on the prevention and health promotion side, it won’t work.”

The County Health Rankings, funded by the Robert Wood Johnson Foundation, measure two types of health outcomes: length and quality of life. By that measure Erie, Chautauqua, Niagara and Cattaraugus counties rank 57th through 60th, respectively. The foundation measures years of potential life lost before age 75; quality of life examines physical, mental and overall health, as well as the percentage of babies born with birth weights under about 5.5 pounds.

Gallup, in its national survey of nearly 350,000 people, asked about five areas tied to well-being:

Buffalo area has shortest life expectancy in the state

Both reports are designed to give communities a yardstick of their overall health vibrancy, underline traits and outcomes that push regions to the top of the rankings or bring them down, and provide insight into particular areas where improvements can be made.

There were 7,100 premature deaths per 100,000 in Erie County in 2016, for example, compared with a statewide average of 5,300. The rate of deaths among African-Americans in the county was nearly twice that of whites, according to the University of Wisconsin.

Numbers throughout the region reflect that this is an area with an aging population, high rates of cardiovascular disease and pockets of poverty, Haberstro said.

Improvements can be made, he said, “though I don’t think there’s a silver bullet. I think there’s a collective approach to creating a community culture that encourages and supports people to make the right choices.”

Erie County ranked square in the middle in the state in the County Health Rankings when it comes to health factors, though rates of smoking, obesity, sexually transmitted infections and teen births exceeded the state averages. Access to exercise opportunities was slightly higher than the state average.

“If you look at it through the lens of a community approach, some of the good news – and I think it will show in time for us – is that we have a significant level of activity going on with our children,” Haberstro said. “School districts are doing wellness activities. Buffalo itself is one of the leaders. They’re doing school health indexes and youth risk behavioral surveys so they have good solid data in which to make decisions.”

Where do things need to improve?

“Workplace health promotion is an area where we need more activity,” Haberstro said. “What I’d like to see is more private sector leadership."

"You can’t in a workplace just do a health fair once a year and call that a legitimate program," Haberstro said. "It has to be much more comprehensive.”

“We need a true culture change,” he said. “We did it with tobacco. If you look at where we were in 1964 in New York State, one in two adults smoked. Where we got to in 50 years is that under one in five smoke. Erie County is a bit higher, but we’re still way better than we were before.”

Medical Campus aims to be regional beacon of wellness