From noon to 8 p.m. the brewery will sell corned beef sandwiches from Rick’s Catering in South Buffalo. Call 868-2218.

The beer will be paired with a special “nub” with Jamaican Jerk-inspired sauce. Only 5 gallons of the beer is available, which will be served in 5- and 10-ounce pours (no crowler fills). Call 923-4100.

At Thin Man Brewery, fine beer and the food to back it up 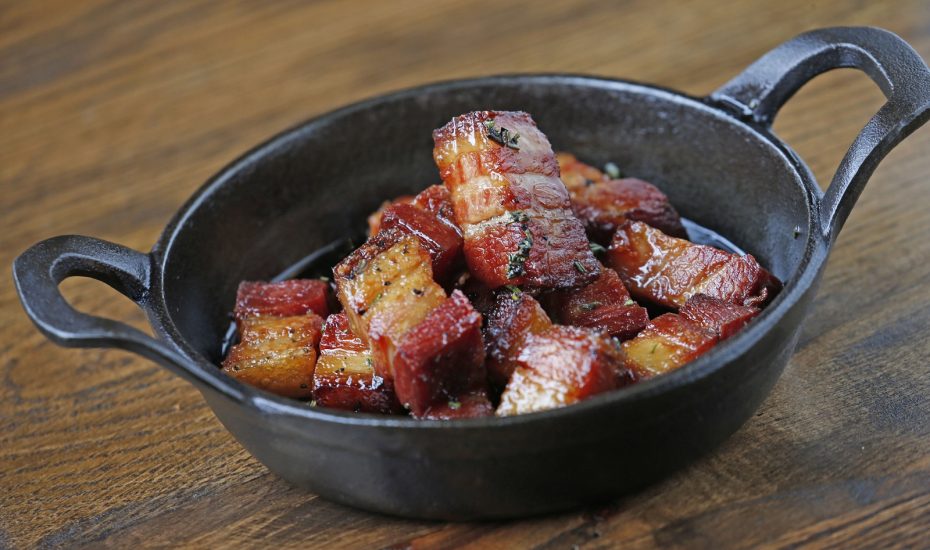 The Buffalo Beer Goddesses will hold their next public social at 6 p.m. March 15 at Winfield’s Pub (1213 Ridge Road, Lackawanna). At the event, the Goddesses will collect gently used prom and formal dresses to donate to the Gowns for Prom program through Colvin Cleaners.

Named after the leprechauns’ mischievous cousin, the beer is brewed with chocolate malt before being aged on whiskey-soaked oak. Only 108 750 mL bottles were produced, and will be sold for $15 each. Call 772-2211.

Rusty Nickel Brewing Company (4350 Seneca St., West Seneca) has launched its new beer, Sour D.O.G. The beer was brewed in collaboration with SATO Brewpub, and is an experimental kettle sour brewed with pilsner malt, wheat and oats, yielding a 2 percent ABV sour ale, which lends itself nicely to blending and mixology experiments. Call 608-6155.

Big Ditch Brewing Company (55 E. Huron St.) will release several beers on March 17. The first will be a re-release of its third Lock IPA (India pale ale) series, 363. The 6.8 percent ABV beer is brewed with Trois yeast as well as Azacca, Mosaic, Simcoe and Zeus hops, imparting tropical flavors like mango and pineapple.

Four packs of the 16-ounce cans will be sold for $13.99 at the brewery. Big Ditch will also have a cask of 363 conditioned on pineapples (draft only, no growlers).

The brewery will also release its latest batch of Deep Cut double IPA (8.2 percent ABV), in four-packs of 16-ounce cans, sold for $14.99. A special cask of Deep Cut, dry-hopped with over six pounds per barrel, will also be available featuring maximum citrus, tropical punch and wild berry flavors.

Finally, Big Ditch will also release a fan favorite, Galaxy Red. Only 25 gallons of this 7 percent ABV India red ale were produced (draft only, no growlers). The super juicy beer is loaded with kettle and late hop additions of Galaxy hops, resulting in a malty sweet beer with pineapple, mango and papaya flavors. Call 854-5050.