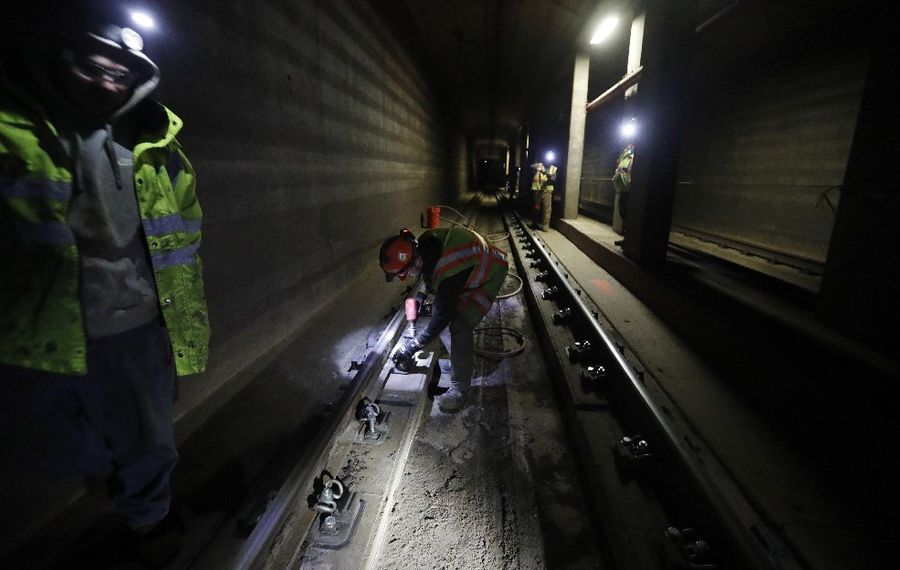 Ever since Metro Rail began rumbling beneath Main Street back in 1985, upstate New York’s only subway has endured wear and tear from millions of passengers climbing aboard trains, riding escalators and traipsing through its stations.

Now the Niagara Frontier Transportation Authority and legislators in Albany say it’s time the state recognized how much it all costs.

He is proposing a five-year, $100 million capital plan addressing the costs of rail transit not borne by other upstate systems that only run buses, but which is crucial to the Buffalo system’s long-term survival. As a matter of fairness, he adds, the question should be addressed in conjunction with the similar – if far greater – capital needs of downstate’s Metropolitan Transportation Authority, which also runs trains.

“We’ve never developed a second funding line for Metro Rail,” Ryan said. “It’s always been funded like the other upstate bus lines. But just like the MTA, the NFTA faces a funding crisis.”

The assemblyman said he is optimistic that the Cuomo administration will address the situation in the budget, and last week was joined by local Democratic Assembly colleagues Crystal D. Peoples-Stokes, Robin L. Schimminger and Monica Wallace in making their case to Speaker Carl E. Heastie.

“The NFTA continues to defer maintenance every year, and we have reached the breaking point,” the members said in a letter to the speaker. “The NFTA is losing ridership on NFTA-Metro Rail at an alarming rate, and on-time performance continues to deteriorate.

“This is a disaster in the making, and a crisis the state needs to address,” they added.

Significantly, though, Ryan said he has not yet obtained a Senate sponsor for the plan.

The administration of Gov. Andrew M. Cuomo is reviewing the Ryan proposal, with no commitments at this point.

“Every one of these systems has its own needs and we’ve met with the assemblyman on his proposal,” Cuomo spokesman Richard Azzopardi said. “We are certainly open to discussing all options for funding upstate transit systems within the context of budget negotiations with the Senate and the Assembly.”

NFTA Executive Director Kimberley A. Minkel noted in January that the authority faced a $1.7 million decrease in overall funding even as the MTA gained a 7.5 percent operating increase. While the NFTA was set to receive an additional $2.2 million for capital needs in its $234.2 million budget this year, Ryan noted the final document could still include more operating money.

And while the authority avoided overwhelming maintenance costs during Metro Rail’s early years, the problem becomes worse after more than three decades of wear, tear and the effects of salt on the above ground system. 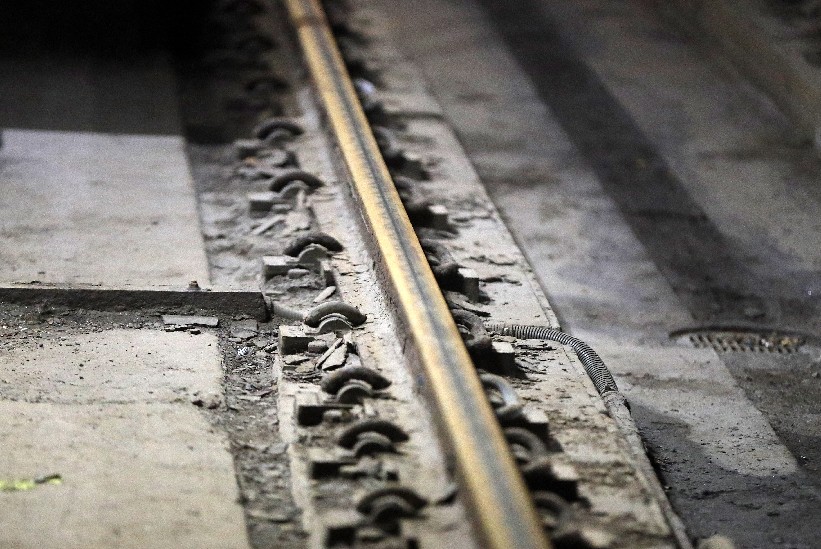 Aging track will be refurbished as the NFTA tries to keep the 33-year-old Metro Rail system going despite not having enough funds to meet its maintenance needs. (Mark Mulville/Buffalo News)

The authority is not able to keep up with maintenance costs approaching $35 million to $45 million annually, Minkel said.

“We do necessary repairs where they are the worst,” she said. “But when we get in there, we are surprised at the level of deterioration. It’s always worse than expected. Especially because of the salt.”

Every effort is now expended to avoid a Baltimore situation, she said, in which the system similar to Buffalo’s in size and age recently endured a monthlong shutdown for emergency repairs.

“In recent years, we’ve instituted a number of programs and efficiencies to reduce our operating costs for capital needs,” she said. “Unfortunately, it’s not enough. And the longer you defer, the more implications on the system.”

Ryan complimented the NFTA for sustaining the system as best it can, noting progress in escalator repairs and the $45 million program to rebuild its 27-car Metro Rail fleet.

“They’ve done a very good job cobbling things together,” he said. “But they need more than fix-its; they need a whole renovation.”

If Ryan and his colleagues succeed, they must alter a funding formula that has guided the major transit authorities in Buffalo, Rochester, Syracuse and Albany for decades. The authority notes that while Metro Rail cost $608 million to build in the 1970s and 1980s, it has depreciated by $417 million and would cost more than $1.4 billion to replace today.

The Legislature several years ago adopted a five-year capital plan that increased upstate capital assistance from $84.5 million to $104.5 million for all of the upstate agencies, but the funding was cut back to $84.5 million in this year’s budget proposal. Administration sources note that the new budget includes $205 million in operating support for the upstate systems, including a $524,000 hike in “core support for NFTA.”

Bill Carpenter, chief executive officer of the Rochester Genesee Regional Transit Authority and president of the New York State Public Transit Association, noted the capital needs of all upstate transit systems are not fulfilled by the program advanced this year by the governor and Legislature. The RGRTA “cobbles together” enough funds from various sources to survive, he said, as do the systems in Syracuse and Albany.

He said each system should be able to advocate for its own needs.

“I stand shoulder to shoulder with NFTA in saying we need more collectively,” Carpenter said, adding he “respects the ask” for the Buffalo system’s needs and would expect similar support for needs in the other upstate systems.

Ryan says the state needs to recognize the cost of operating a rail system just as it has in New York City, and treat the NFTA differently. The money would repair deteriorated concrete rail beds, worn tracks and catenary, the aging escalator system, and replace rusting metal panels in the system’s eight underground stations, among other projects.

“We need to identify a dedicated source of revenue for the NFTA that differentiates it from the other transit agencies,” he said. “If we just divide it by four, we won’t have that recognition and the ability to fund the light rail system.”

The assemblyman’s proposal mirrors concerns expressed last month by Rep. Brian Higgins, D-Buffalo, who said he no longer supports the proposed $1.2 billion extension of Metro Rail to Amherst and beyond the University at Buffalo’s North Campus. The congressman said he saw a greater need in rejuvenating the existing system.

Ryan noted a major drop in Metro Rail ridership from 2013 of 1.5 million passengers from year to year – a 30 percent decrease. Much of that stems from infrequent trains caused by maintenance projects in the program to return cars to Main Street’s downtown section. He believes the region can still make a case to the federal and state governments for the money to build the extension, but it will be weakened if the NFTA is hampered by deterioration and faltering ridership in the existing system.

The assemblyman thinks the new way of funding the NFTA will succeed because of increased recognition of need.