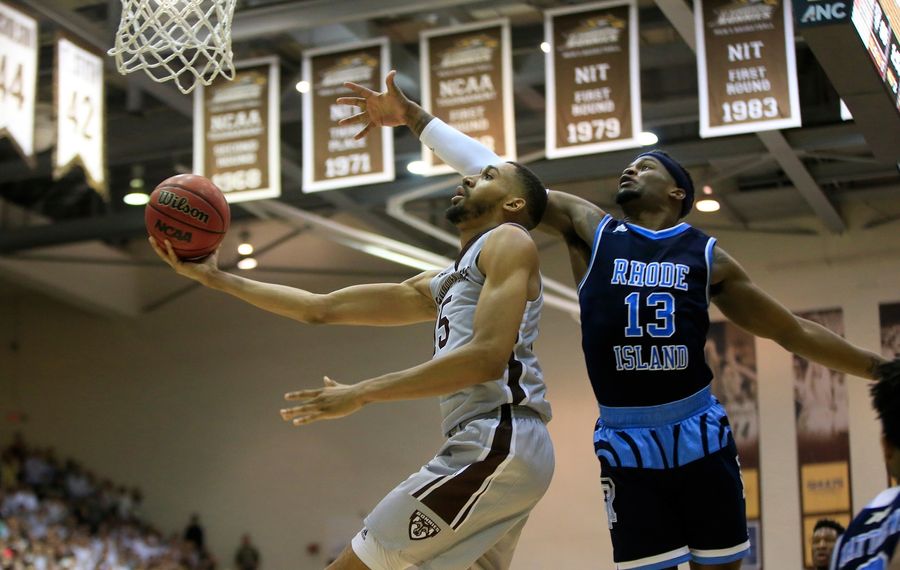 St. Bonaventure men's basketball is back in the NCAA Tournament for the first time since 2012 after earning its first at-large bid since 2000.

The Bonnies will play UCLA (21-11) at approximately 9:10 p.m. in the First Four of the NCAA Tournament in Dayton on Tuesday. The game is on TruTV.

St. Bonaventure's at-large hopes fluctuated throughout the season, especially after the team kicked off the slate with a home loss to Niagara. Victories against Syracuse and Maryland boosted their resume, but odds looked dire once again when the team started Atlantic 10 play 2-4.

But by the second half of January, St. Bonaventure found its groove. The Bonnies ended the regular season on an 11-game winning streak, with their roll coming to an end after 13 games when they fell to Davidson in the A-10 Tournament semifinals Saturday.

The Wildcats went on to defeat Rhode Island, 58-57, in the conference's title game Sunday to secure the A-10 automatic qualifier, and the anxious moments continued as some Bona fans feared that the Selection Committee would not take three teams from the league.

"Hopefully, what we did is enough," the team's star point guard, Jaylen Adams, said after the Davidson loss. "I don't know. I think the resume speaks for itself. I'm just hoping for the best."

St. Bonaventure, which boasts a record of 25-7, has now made the NCAA Tournament seven times in program history and twice under current head coach Mark Schmidt. The Bonnies fell in the second round to Florida State in 2012, their last tournament outing.

UCLA is coming off a run to the Pac-12 Tournament semifinal before the Bruins lost to Arizona, 78-67, in overtime. The Bruins knocked off Stanford in the quarterfinals. UCLA has won eight of its last 12 games.

UCLA is in the tournament for the 11th time in the last 14 years and fourth in five seasons under coach Steve Alford.

The Bruins are second in the Pac-12 in scoring at 81.9 points per game and lead the league in rebounding (38.8 per game, including 28.5 defensive rebounds per game) and three-point field goal percentage (38.3).

The name to know is Aaron Holiday, a 6-1 junior who averages 20.3 points per game and shoots 44.3 percent from the field.