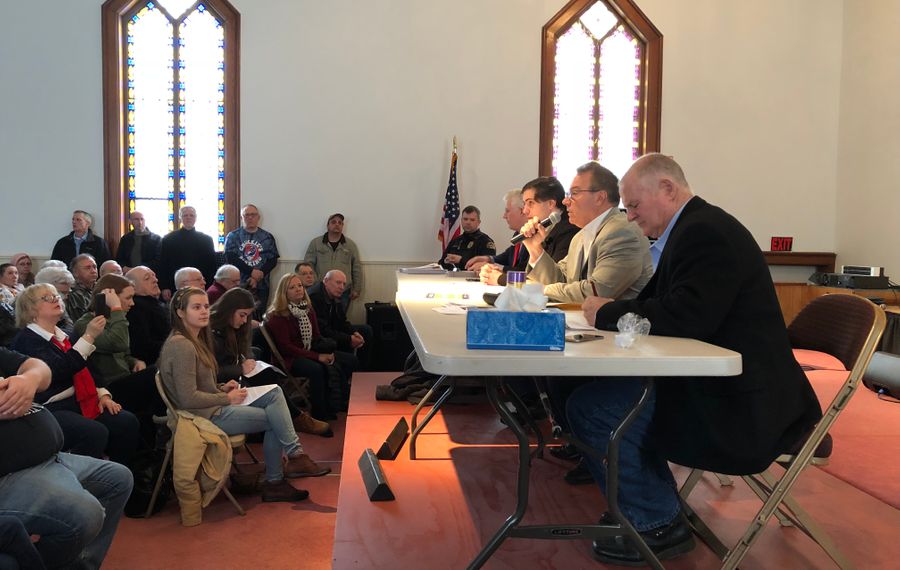 No matter how gun owners feel about the SAFE Act, they need to comply with its requirement to renew their pistol permits.

That was a central message from a forum held Saturday morning in East Aurora to address questions about the controversial state gun-control law.

The event was meant to give attendees an update on the status of the SAFE Act, which was approved five years ago by state lawmakers, and to explain a provision that requires pistol owners to recertify their permits after five years.

"I believe it's important for you to recertify," said Erie County Clerk Mickey Kearns, in front of more than 125 people who filled the East Aurora Wesleyan Church for the 80-minute forum.

Much of the session focused on how gun owners can fulfill their obligations under the SAFE Act. For example, people with pistol permits that are at least five years old faced a Jan. 31 deadline to recertify their permit. In Erie County alone, 27,000 people have recertified but an estimated 30,000 have not, Kearns said.

The people who did not recertify technically are now felons and are at risk of losing their guns, DiPietro said. He said the State Police did a poor job of notifying permit holders of the requirement.

Law enforcement officials have said they have no intention of taking action against permit holders, and the State Police continue to accept recertification applications.

Speakers said this is just one more example of the poor design of the SAFE Act, which was passed in the weeks after the horrific school shooting in Newtown, Conn.

"We have spent the last five years wasting government resources and individual resources because of the sloppy way the SAFE Act was passed," said Howard, a vocal critic of the law.

Tresmond said gun-control supporters fixate too much on the weapon itself.

"The real question is how do we keep guns out of the hands of people who are truly dangerous?" Tresmond said.

DiPietro, who has a daughter in middle school, said he doesn't support arming teachers because not every educator is ready to take on that responsibility and because it would be easy for the guns to be misplaced. Instead, he wants more school-resource officers and non-lethal measures put in place.

At one point in the forum, a man in the back of the room interrupted to laud the SAFE Act. When he continued talking, a police officer directed him to leave.

William Ellis of Woodlawn owns five pistols and 27 long guns and rifles. He said the focus on guns is misplaced. "That gun does not do anything – it's the person behind the gun," Ellis said in an interview.

Wilson Curry owns Aurora Firearms, which specializes in selling estate firearms through online auctions. He sells AR-15s, the semiautomatic rifle used in a number of mass shootings, but mostly to out-of-town buyers.

"It's been demonized," Curry said. He called the mass shootings deeply troubling, but said the biggest issue is the missed warning signs about the shooters.

As attendees filed in, a group of 10 protesters marched outside the church. They carried signs urging lawmakers to take further action to keep children safe.

"My main concern is it's really easy for people to get guns, buy guns," said Rita Buckley, an East Aurora grandmother who organized the protest through Facebook. 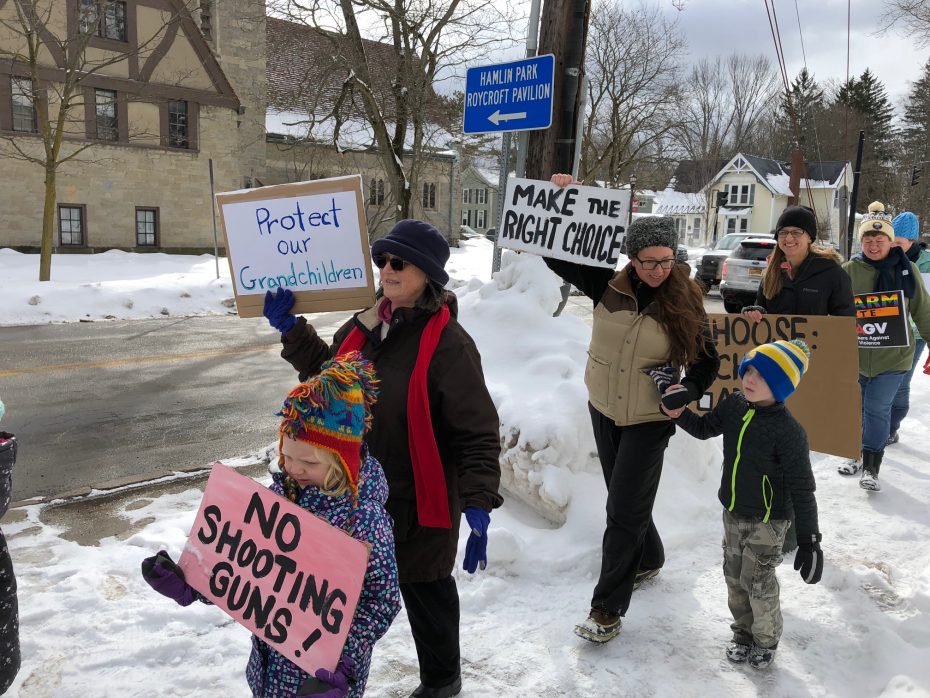 Protestors, including Rita Buckley in the red scarf, outside the East Aurora church that hosted a forum on the SAFE Act on Saturday March 10, 2018. (Buffalo News/Stephen T. Watson)