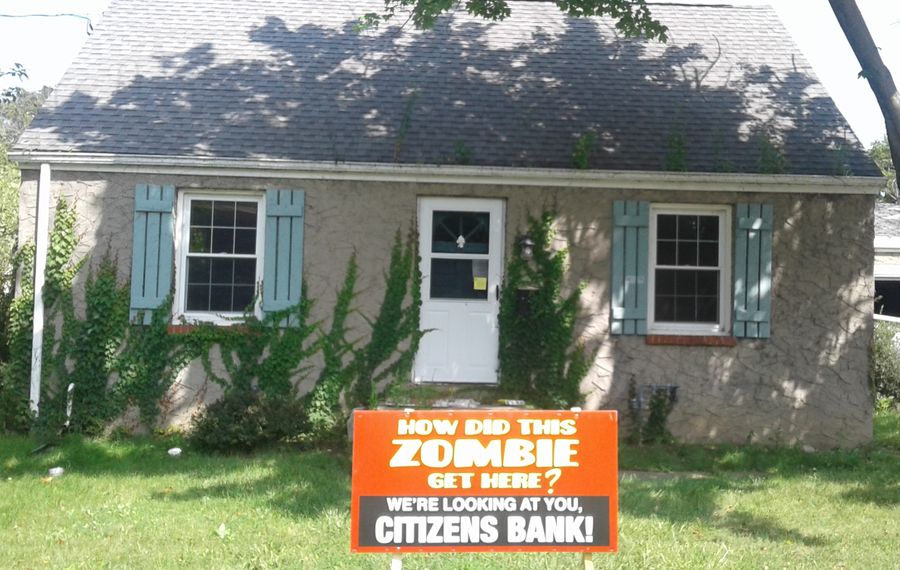 Citizens Bank has agreed to foreclose on Niagara Falls homes much faster, settling a federal lawsuit filed by the city in a quest to eliminate "zombie homes."

The homes -- left vacant by an owner with the mortgage unpaid - remain empty while the mortgage holder dawdles in obtaining court orders to foreclose and resell the property. The abandoned houses often become eyesores and hurt the quality of a neighborhood.

Citizens Bank has agreed to seek foreclosure and sale orders within 60 days of an owner's last default, assuming the owner isn't fighting the foreclosure effort. The bank also agreed to give 30 days notice to the city of all of its foreclosure sales in Niagara Falls. The City Council is expected to vote Wednesday on the settlement offer.

Citizens Bank became the second lender targeted by the city's Zombie Fight Program to yield to the city's demands. Ocwen Financial is the other.

"Up until this point, there has never a specific time frame on foreclosures. We look at this settlement, combined with forced compliance on behalf of Citizens and Ocwen, as significant victories for our project," said Seth Piccirillo, the city community development director.

Ocwen Financial held mortgages on 17 vacant homes in Niagara Falls. Last summer, the city filed building code violations on 14 of them. Ocwen brought 12 of the properties into compliance; the other two, on Sixth Street, were demolished in January.

Under a state anti-zombie law, the city was able to bill Ocwen for the $75,000 cost of the demolitions.

Both Citizens and Ocwen were targets of a city shaming campaign, in which city crews posted signs in front of abandoned houses that read, "How Did This Zombie Get Here? We're Looking at You, Citizens Bank!"

The city sued Citizens Bank in State Supreme Court Sept. 20, but the following month, the case was shifted to U.S. District Court at the request of the bank, whose main offices are in Rhode Island and Virginia.

The suit cited abandoned houses with Citizens Bank mortgages on LaSalle, Lindbergh and Frontier avenues and on 16th and 77th streets. All of them were found to have building violations during city inspections July 6.

The city's lawsuit sought an order that the bank sell the houses at once, and requested damages of $500 a day for every day each property remained in violation of the building codes.

A year ago, Citizens Bank owned seven zombie homes in the Falls. Since then, according to Piccirillo, the bank has completed foreclosures on three of them, and the city foreclosed on a fourth because of unpaid property taxes.

Piccirillo, in a memo to the Council, said the settlement with Citizens Bank creates a precedent that can used against other lenders, and the document's language can be applied to future settlements.

The city agreed to file any legal papers Citizens Bank may request if such documents are necessary to speed up any particular foreclosure.

"We decline to comment on any legal settlements," a Citizens Bank spokeswoman said.