When bank branches make news, it's often because they're closing.

While that trend continues, the Bank of Akron and several other area banks are planning to add branches in select locations. It's evidence that brick and mortar locations have staying power, even in the digital age.

In spite of that, banks see a strategic value to adding branches in select spots. And the vacancies created by bank mergers have left some appealing locations up for grabs.

The Bank of Akron, for instance, is looking at adding a branch — which would be its sixth location — sometime in the next year or two, said president and CEO Anthony Delmonte Jr. While the bank hasn't pinpointed where, the Northtowns area of Erie County seems a strong candidate.

"We're already attracting some customers from some of those areas, either their businesses or they're coming in for their consumer lending needs, so it seems to make some sense," Delmonte said. The last time the Bank of Akron opened a new branch was in 2007, in Lancaster.

The Bank of Akron isn't alone, either.

Steuben Trust is preparing to open its first-ever Buffalo area branch, in Clarence. The bank's president, John Eagleton, said last year the bank opted to buy a vacant branch at Harris Hill Road and Main Street because the location “is pretty much the highest income demographic in Western New York,” with close proximity to Transit Road, where lots of businesses are. 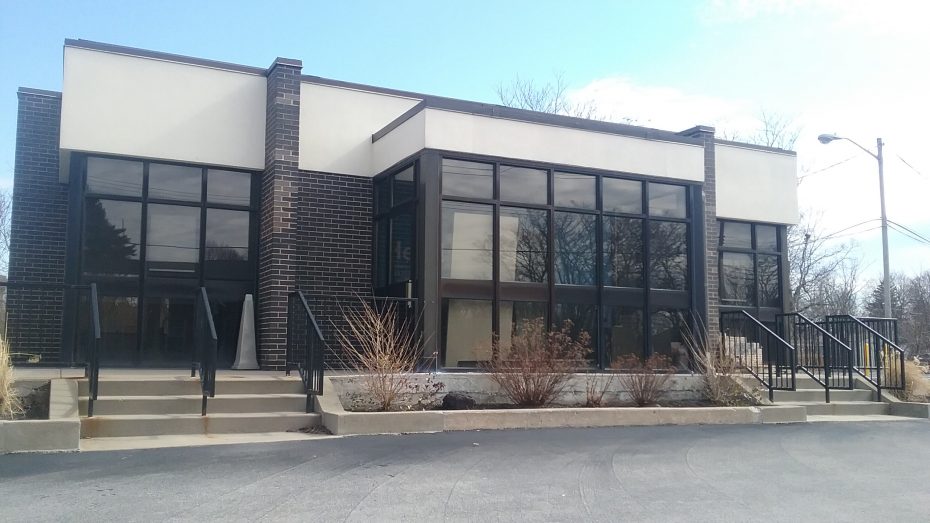 Northwest Bank wants to break ground on an East Side branch on Jefferson Avenue in the spring and open it by year's end. The bank had pledged to open a branch in a low- to moderate-income area as part of a community benefits plan it rolled out a year ago.

"We're living up to our promises," said Shawn Walker, Northwest's chief marketing officer. "We're not saying one thing and doing another."

Bank on Buffalo declared it will build a branch in Niagara Falls, which would be its fourth area location, on top of three that debuted last year. The site will be off Niagara Falls Boulevard, in a popular retail corridor.

"We are very excited about the opportunity to expand Bank on Buffalo's special hands-on approach to business and personal banking to new customers in Niagara County and look forward to achieving the many steps required in establishing this new branch facility," said Martin Griffith, Bank on Buffalo's president.

Meanwhile, KeyBank has pledged to open another East Side branch. The bank is moving forward on those plans and will draw upon community feedback, said Matt Pitts, a Key spokesman. The new branch is part of a community benefits plan Key introduced in 2016, and the process of choosing a site is underway, he said.

"Most important is that we are committed to working with the community so that we mutually commit to the long-term success of any branch that extends far beyond the five-year period covered by our community benefits plan," Pitts said.

Alden State Bank plans to add a third branch to its network, in Clarence, once it receives regulatory approval. And Tompkins Bank of Castile is deciding where to open its first area branch, as part of a bigger push into the region.

Bank of America unveiled plans to open 500 new branches in the next four years, including in states where the bank is expanding. The bank, which is No. 3 in deposit market share in the Buffalo area, didn't say whether it would open more branches here. "We'll expand the network based on client and market opportunity," said Tara Burke, a bank spokeswoman.

Just over a year ago, Five Star Bank opened a branch at 40-50 Fountain Plaza, in the heart of the city's financial district.

"We get all of that traffic from the building we're in, but we get plenty of residential traffic from folks living around the area as well, so it's been beneficial on both fronts," said Joseph Dugan, Five Star's retail growth and profitability executive.

Five Star, which is based in Warsaw, already had three branches in Erie County, but this was its first downtown location. The new branch was an opportunity to not only generate business but make itself more visible in the city. Five Star has sponsored the skating rink at Fountain Plaza, as well as the Christmas tree lighting that takes place there.

Dugan said the branch has exceeded the bank's expectations, but declined to disclose its deposit total. The Federal Deposit Insurance Corp. provides a one-day snapshot of deposits each June 30; as of that date last year, the branch had about $5 million in deposits, less than five months after opening. Five Star's three other, more-established branches in the county had deposits ranging from $45 million to $67 million.

The Bank of Akron's Delmonte said despite the fact customers conduct many transactions digitally, "The branch is not dead. We realize it's still important to have that presence in the market. But it just looks different."

A new branch was included in a five-year plan the Bank of Akron's board just approved. The bank will probably lease space, rather than build something new, Delmonte said.

"There's a lot of existing inventory that's there. We would probably look to that first, but it has to be right size, it has to be the right location. Branches are about convenience, at the end of the day," he said.

The bank, which has about 80 employees, has undergone notable changes in its leadership and facilities over the past year.

Last April, Delmonte was named president and CEO, replacing E. Peter Forrestel II, who has retired but remains vice chairman. Delmonte became the first person who was not a Forrestel family member to lead the bank since the early 1930s. And the bank hired Joseph Ondesko to fill the newly created role of chief financial officer. 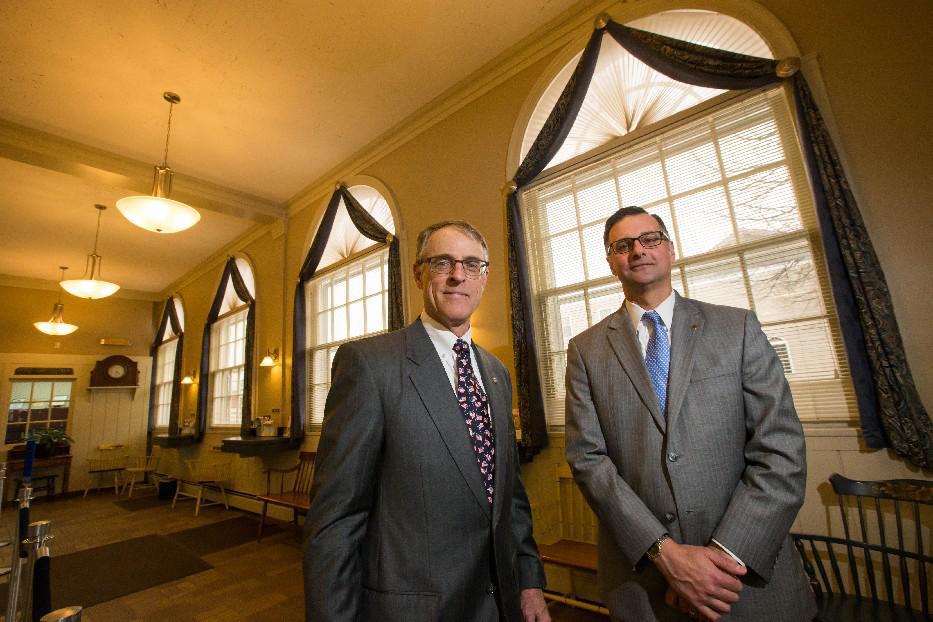 The bank remodeled its headquarters and branch, moving most of its administrative offices upstairs. It also renovated offices across Main Street for its compliance operations and call center. And the bank expanded its Clarence branch, refreshed its lobby, and moved some employees to that location from its headquarters. All the renovations cost about $1.5 million.

The bank didn't remove the Clarence branch's teller windows, as some banks' branches do after renovations.