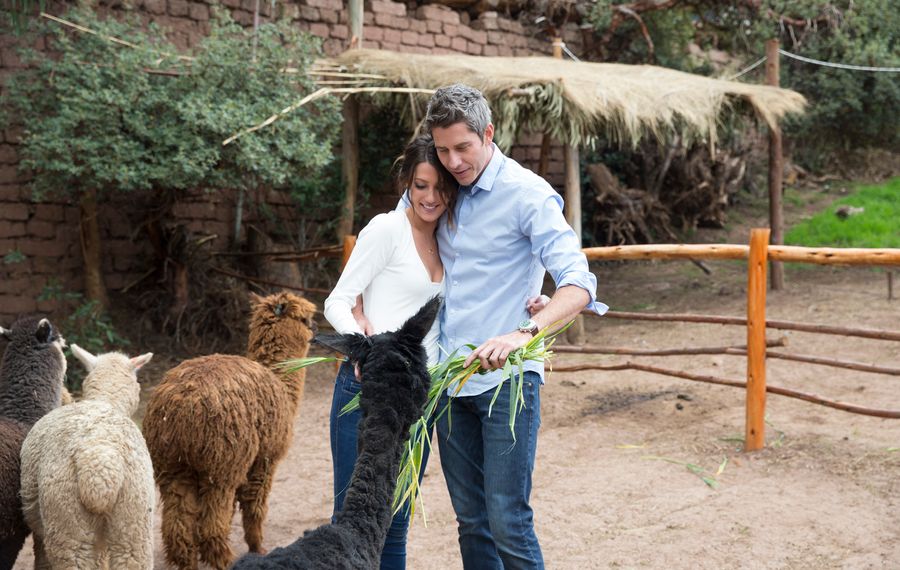 Bennett Graebner, the City Honors graduate who is one of the showrunners of ABC's "The Bachelor," witnessed the breakup that rocked Bachelor Nation but he didn't see the outcry coming.

But everyone who regularly watches the reality series, including my daughter and my physical therapist, is talking about the debacle in which Arie Luyendyk Jr. ditched the first woman he proposed to, Becca Kufrin, in an episode filmed several weeks ago.

The breakup aired the day before he proposed in the live follow-up episode to the runner-up, Lauren Burnham, who he apparently couldn't get out of his mind.

In an email exchange, Graebner, the producer who considers himself the dad of the program, confirmed my suspicion that he was with Arie when he broke off his engagement with Becca several weeks ago.

Graebner told me that the breakup was filmed on a January day I was supposed to meet him at a party for the Television Critics Association in Pasadena, Calif.  I interviewed him a few days later.

"When we met I told you that things were busy, but of course I couldn’t tell you why!" wrote Graebner.

"Yes, I was there. I was with Arie that day. We had lunch before he went over to see her, and we drove over together. He was distraught."

Graebner talked with Arie before the breakup, as he often does with Bachelors and Bachelorettes.

"It’s hard to give anyone advice in that situation, regardless of whether or not it is on television," he said. "I simply told him to be honest and kind with her, and to ultimately follow his heart. I believe he did.

"The breakup was tragic. Becca was blindsided, of course, but that is often the case in any relationship. And I consider both of them friends, so to see them go through such emotional turmoil was painful. Many of us there that day behind the camera were in tears.

"I was a little surprised by the outcry over Arie’s handling of the breakup. As we drove off, he was despondent. We didn’t talk much on the way back to his hotel. I know he’s been criticized for not being emotional during the breakup, but if you know Arie like I know Arie you could see that he was actually very emotional. His skin became blotchy, he didn’t know what to say. He might not have broken down, but that doesn’t mean he wasn’t distraught.

Becca seems to have landed on her feet quicker than many people who experience a breakup – with another TV show.

"As for Becca, she is a strong, smart woman who knows what she wants," wrote Graebner. "The choice to make her 'The Bachelorette' was an easy one. I’m excited to help her on her journey to find her husband."

While some angry "Bachelor" vowed to never watch the program again, don't count on it.

If anything, Bachelor Nation may come back to root for Becca in bigger numbers when she is "The Bachelorette."

The episode following the breakup struck ratings gold, reportedly tying an episode of NBC's megahit "This Is Us" in the key 18-49 demographic nationally.