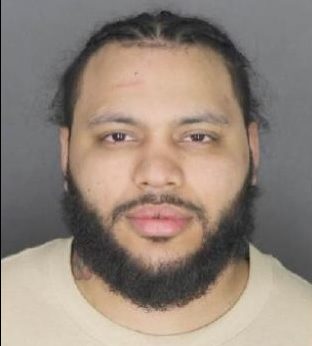 Edwin I. Vazquez had one heck of a 25th birthday.

The Buffalo man got arrested early Wednesday in Allentown and was charged later with attacking an attendant in the Buffalo City Court lockup, according to a Buffalo police report.

A witness told police Vazquez was turned away from multiple bars on Allen Street in the early morning hours of his birthday. At about 2:45 a.m., officers reported they saw Vazquez trying to start a fight. During the fight, he ended up hitting and shattering a large storefront window. He was charged with disorderly conduct, resisting arrest, third-degree criminal mischief and second-degree obstruction of governmental administration.

A short time later at the city lockup downtown, Vazquez was charged with kicking a cell block attendant twice in the chest as the attendant tried to secure Vazquez in a restraining chair used for detainees deemed "highly combative," according to the police report.

For the latter incident, he was charged with second-degree assault and fourth-degree criminal possession of stolen property, after authorities recovered a benefits card in someone else's name, according to the report.