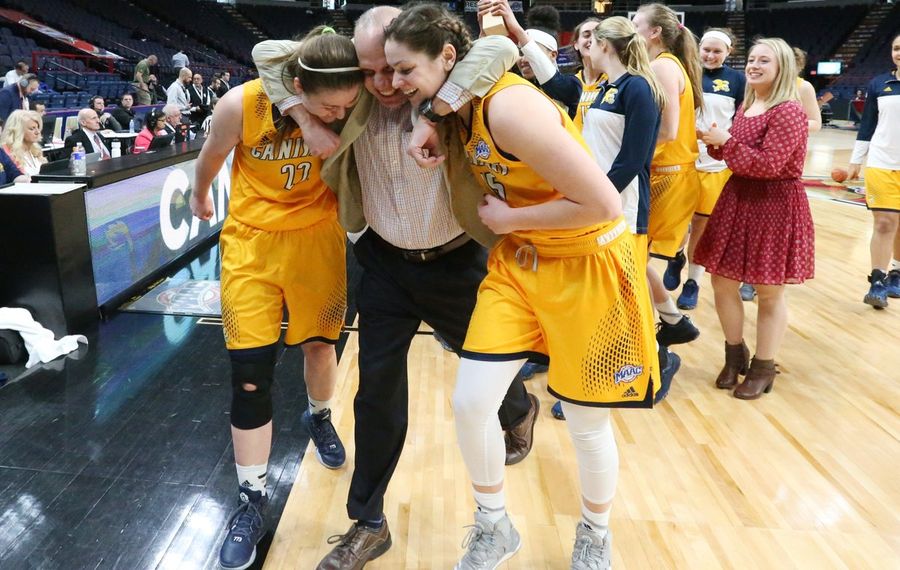 The time for Terry Zeh at the helm of the Canisius College women's basketball program came to an end Thursday afternoon.

Director of Athletics Bill Maher announced the school will not renew Zeh's contract with a national search for a new head coach beginning immediately.

It was Zeh's 14th season as the women's basketball head coach after seven seasons as an assistant with the men's program.

"I want to thank Terry for his 21 years of service and dedication to Canisius College, our women's basketball program and to all the student-athletes he coached," Maher said in a press release. "Terry led our women's basketball program for the last 14 years with passion and integrity and I am grateful for his efforts. The challenge for any athletic director is to determine what is in the best interest of the college and our athletic program, and as difficult as this decision is, I believe it is in the best interest that we have a change in leadership for our women’s basketball program."

He leaves as the program's all-time winningest coach with 195 wins while guiding the Golden Griffins to Western New York's first appearance in the women's NCAA tournament with an upset of Marist in the 2005 MAAC championship game.

He was the MAAC Coach of the Year in 2009 as the Griffs went 24-9 overall and earned the program's first WNIT bid.

But the program had not had winning season since, going 103-171 overall and just 67-103 in the MAAC. They finished this season at 8-10 in conference play and 10-20 overall, losing their first-round game to Monmouth.

"I would like to say thank you to all the wonderful people and student-athletes that I have had the chance to work with in my 21 years at Canisius," Zeh said in a statement. "I am very proud of all of their accomplishments, both on and off the court, and I am honored to have been a part of the two Division I postseason appearances in program history. The relationships that I made at Canisius will carry on forever, and I will always be thankful for those people."

Canisius learns, the hard way, the truth of playing 40 minutes