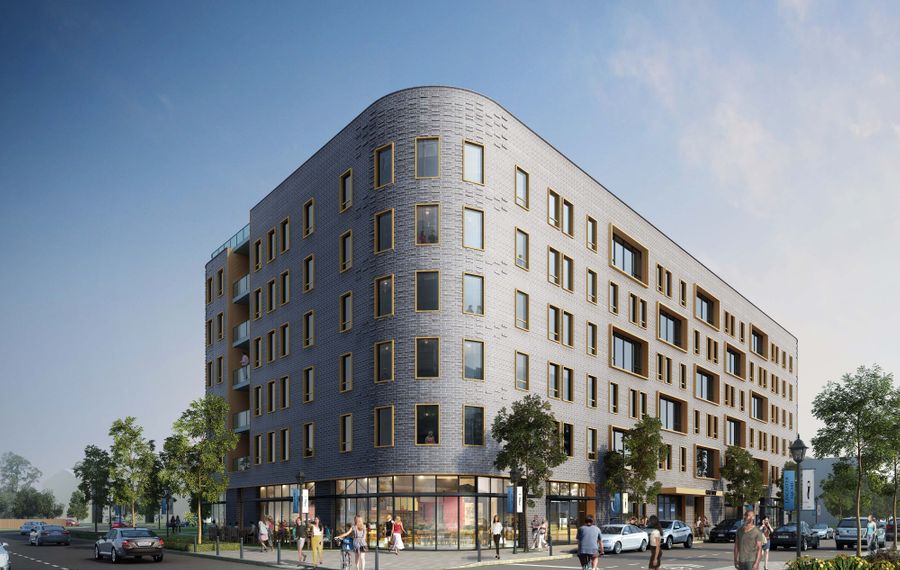 Two Gates Circle-area development projects that received initial city approvals a year ago are now back for renewals after their original clearance expired, as TM Montante Development and Morgan Communities seek to pursue a 60-unit apartment building while the owner of Sutton Development wants to convert a large former home into a boutique 10-room hotel.

Montante and Rochester-based Morgan plan to erect a six-story building at 1299 Delaware Ave., on part of the former Millard Fillmore Gates Circle Hospital property. Located at the northeast corner of Lancaster Avenue, the 60,000-square-foot building would include 60 apartments and 6,000 square feet of commercial space, divided into three storefronts.

The project is part of the much larger Lancaster Square at Gates Circle redevelopment, which Montante and Morgan are undertaking to transform the 6.7-acre vacant former hospital site into a new mixed-use neighborhood.

Plans for the $110 million multiyear redevelopment call for more than 500 condominiums, townhouses and apartments, plus an urban grocery, a fitness center, additional ground-floor retail space and potentially office space. Already, Canterbury Woods at Gates Circle has opened, with 53 independent-living and five assisted-living apartments, while People Inc. is working on erecting a three-story senior-housing facility with 37 units at 637 Linwood Ave.

The project at 1299 Delaware – the first by Montante and Morgan themselves since Montante bought the hospital property – was approved last May. But the developers are still working on the financing, which they can't finalize until other aspects of the Lancaster Square redevelopment have progressed, according to a letter from the developers' attorney, Adam S. Walters of Phillips Lytle LLP.

Montante and Morgan are still working with the city on a $1.7 million purchase of the existing parking ramp at 1277 Delaware that will serve residents of the new building. The Common Council approved the sale in January, but "it will likely be several more months before the parties are ready to close," Walters wrote.

The developers are also negotiating with the city about possibly including affordable housing as part of the 1299 Delaware project, "to help ensure a diverse, economically integrated redevelopment project," Walters added. "Discussions on this front are ongoing."

As a result, the developers haven't yet sought a building permit, and are asking the Planning Board for a one-year extension of its approval.

Separately but just across the street, developer Noel Sutton is proposing to spend $818,000 to convert a two-story residential structure at 1296 Delaware – designed by E.B. Green – into a boutique hotel.

The house is currently configured as a single residence with a "strange" first-floor commercial office space, and that's how it was formerly used, Sutton wrote in a letter to the Common Council. But it's located in a largely commercial area, with the new Canterbury Woods across the street, the 152-unit Gates Circle Apartments next door, and BryLin Hospital, Canisius High School, and several law firms nearby. 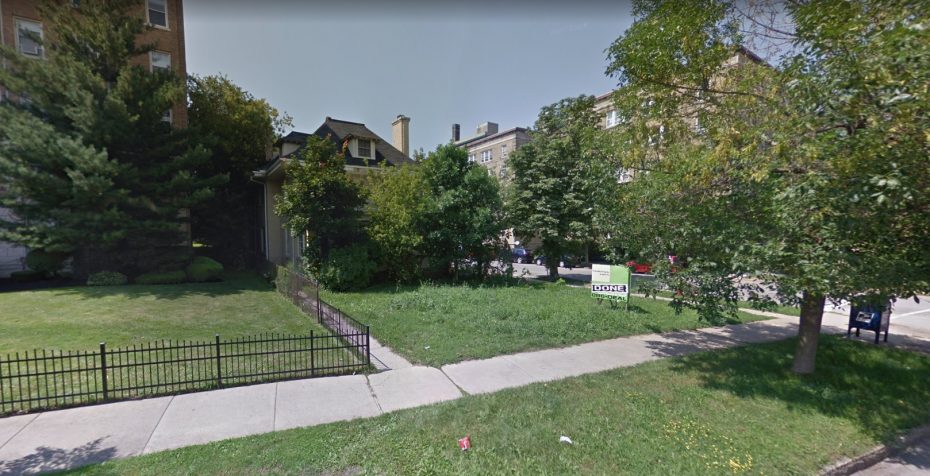 Sutton Development plans to convert this house at 1296 Delaware into a boutique 10-room hotel.

As a result, it's been vacant and on the market for 12 years, with no buyer coming forward until Sutton who was willing to invest in substantial but needed renovations, wrote the developer, who is seeking a special-use permit.

Sutton bought it in September 2017, and plans to "meticulously resurrect" the historic property, whose new use "would be an exciting addition to the Buffalo community," he said. And the site would include off-street parking for guests and employees, so the small hotel would "have no negative impact on the residents of Lancaster Avenue" and "would fit perfectly into the existing fabric of Delaware Avenue," he added.

The project was endorsed by both the Lancaster Avenue Block Club and the Elmwood Village Association, and received necessary variances from the Zoning Board of Appeals in February 2017. But "it took more time than we anticipated to finalize plans" with architects and contractors, so that approval has also now expired.

The planned projects at 1296 and 1299 Delaware Avenue, while separate, are across the street from each other.