Steelworkers, manufacturers and local steel distributors all joined trade experts in criticizing the president's proposal, which may or may not include tariffs on Canadian steel, a key component in plenty of products made and buildings built on this side of the border.

"There are a lot of people working in the metal trades, where this is going to increase prices and increase lead times," said Rick Smith, president of Rigidized Metals Corp., a Buffalo company that molds steel into decorative signs and architectural products.

Western New York's two Republican members of the House, Rep. Chris Collins of Clarence and Rep. Tom Reed of Corning, were among the few to defend the president's proposal.

"I'm supportive of this disruptive effort that the president is engaging in," Reed said.

Here's a more detailed look at what Trump is proposing and whom it might affect:

Trump is suggesting the tariffs in the name of national defense, saying the United States needs to make more of its own steel to meet its security needs.

"When our country can't make aluminum and steel, you almost don't have much of a country," Trump said last week.

He said that despite the fact that America still makes more steel than it imports. Federal figures show that U.S. producers made 82 million metric tons of steel in 2017, while U.S. companies imported only about 30 metric tons.

Trump seems mostly concerned about the worldwide steel glut that could mean hard times for the U.S. steel industry. And he's especially concerned about imports from China, which has a gigantic excess steel-making capacity, meaning it could, in theory, flood the U.S. market with cheap steel.

But Trump's move might affect every steel and aluminum exporter in the world, be it China or Canada, a U.S. ally with an economy that's closely knitted to those of northern-border cities like Buffalo.

Trump appeared to argue for a broad-brush approach earlier this week.

"Our country, on trade, has been ripped off by virtually every country in the world, whether it's friend or enemy," he told reporters.

But White House press secretary Sarah Huckabee Sanders appeared to backtrack a bit on Wednesday, saying Canada and Mexico might be exempted from the tariffs.

"There are potential carve-outs for Mexico and Canada based on national security, and possibly other countries as well," she said.

What the steelworkers say

The president's plan met quick criticism from people whom you would think might support it: steelworkers.

“Canada is not the problem," said Leo Girard, the United Steelworkers union's international president. "The United States and Canada have integrated manufacturing markets. In addition, the defense and intelligence relationship between the countries is unique and integral to our security. Any solution must exempt Canadian production."

"We do not have a trade imbalance on steel with Canada," said John Shinn, director of the United Steelworkers District 4, which is based in Buffalo. "We should be attacking all the other countries that are dumping steel," such as China.

Shinn said Trump's tariffs probably would bring back to life blast furnaces around the country that have been shut down in the past two decades. 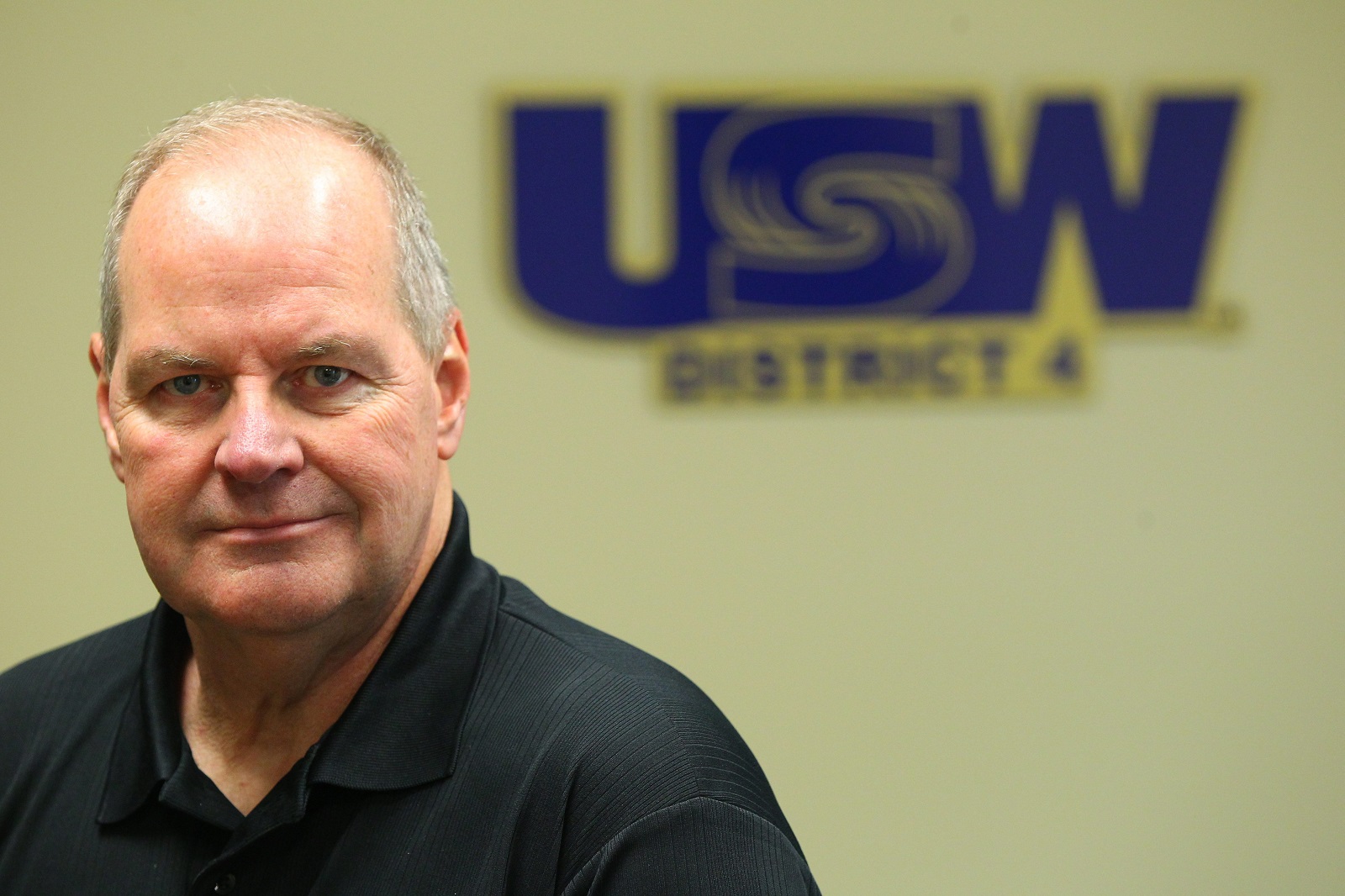 But none of those idle steel facilities are in metro Buffalo, where only 200 of the union's 8,000 members still actually work in the steel industry, which largely disappeared from the region in the 1980s.

Manufacturers that use steel in their products – from the nation's largest to the Buffalo area's smallest – have also joined the chorus of those concerned about Trump's tariffs.

Ford Motor Co., which employs about 500 at its Hamburg Stamping Plant, issued a statement that said the tariffs "could result in an increase in domestic commodity prices – harming the competitiveness of American manufacturers."

General Motors, which employs about 1,600 at its Tonawanda Engine Plant, offered a more cryptic statement, saying it needed to learn more details of Trump's announcement and adding: "The bottom line is we support trade policies that enable U.S. manufacturers to win and grow jobs in the U.S., and at the same time succeed in global markets."

Higher costs are just what people like Jim Ziemer, president of Diamond Saw Works of Chaffee, worry about, too.

Ziemer's company, which employs 43, uses a special kind of steel that's rigid and tough enough to be turned into saw blades – and the only companies that make that steel are located in Europe.

And if tariffs added 25 percent to the cost of that steel, "we'd be making so little money that it wouldn't cover our administration and selling costs," Ziemer said.

Buffalo might not make much steel anymore, but a number of smaller local companies make specialty steel products or market steel for use in construction or other industries.

And people who run such companies worry, too, about Trump's tariffs. 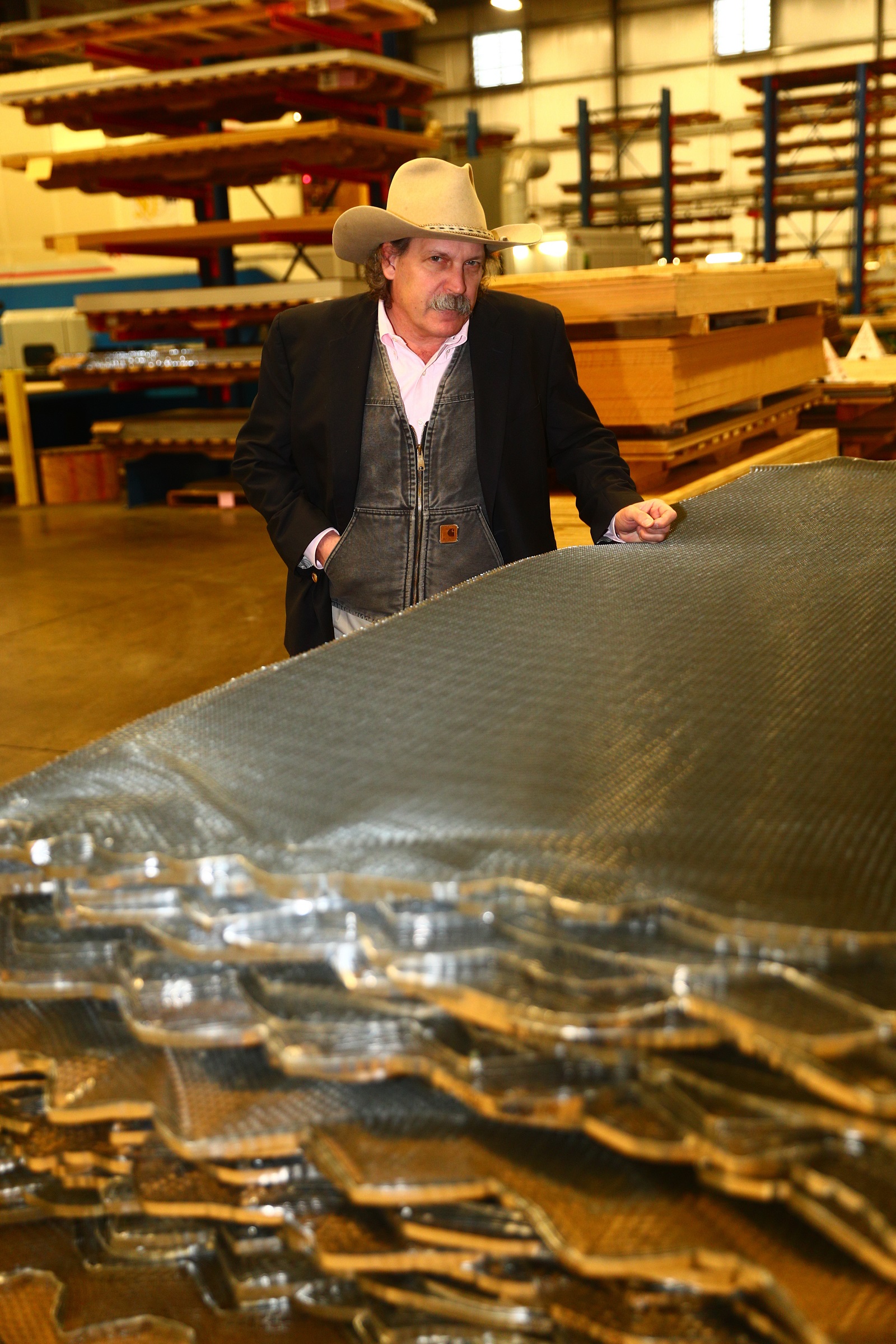 Rick Smith, for example, said the tariffs could hurt Rigidized Metals even though the Buffalo company uses only a small amount of imported steel.

Tariffs will tighten the steel market and make the product more expensive for every company that uses steel, he said.

"You hope to be able to pass along the increased costs, but this might not always be the case," meaning the tariffs could indirectly hurt his company's bottom line, said Smith, whose company employs 53 people.

Both Smith and Joe Klein, president of Klein Steel, a Rochester steel supplier, questioned applying those tariffs to Canadian steel.

"If you look at Buffalo and Rochester, where's the closest steel-making area?" Klein said. "It's Hamilton."

Add tariffs to those Canadian products, "and prices will definitely rise," said Klein, whose company has a facility in Buffalo. "Aluminum will go through the roof."

The view from the experts

Economists and finance experts almost uniformly hate tariffs for one simple reason: They add costs, just like taxes do, while making the economy less efficient.

That's exactly what the Trump tariffs are likely to do, said Veljko Fotak, an assistant professor of finance at the University at Buffalo.

"It is a terrible idea that will not fix anything, not even temporarily," Fotak said. "Sure, steel tariffs might create some extra jobs in states that are traditional steel producers. But those jobs will come at the expense of jobs in industries that are steel users."

Proof of that came after then-President George W. Bush imposed a far narrower set of steel tariffs in 2002, Fotak noted.

Then again, Trump's motivation may not be to grow the domestic steel industry. It may just be to pressure Canada and Mexico into renegotiating NAFTA more to America's liking, said Craig W. Turner, interim president of World Trade Center Buffalo Niagara.

"In my view, this is a trade negotiating tactic from the master of 'The Art of the Deal,' " Trump's 1987 best-seller, Turner said.

Trump's tariffs have not just caused an outcry from the business community; they've upended the traditional political lines among federal lawmakers from Western New York.

"It seems as if the president is creating false enemies out of our allies," said Higgins, adding that the U.S. should actually be aligning itself with Canada to pressure Mexico into agreeing to a better NAFTA.

In Buffalo on Monday, Schumer said: “I totally approve of going after China. China has been the worst trading partner we have. They’re rapacious.”

But Schumer said he would need to know more about how Trump's proposal would affect trade with Canada and New York companies before he could endorse it.

Reed, however, backed Trump – although he said he wanted the president to make sure that his actions did not result in a trade war, where tariffs imposed by other countries could lead to dramatic price increases for American consumers.

And Collins, while saying he awaited more details on Trump's plans, stressed that he was glad tariffs are on the table.

“I have supported President Trump’s commitment to fair trade since day one," Collins said. "Our region has been hemorrhaging jobs for decades due to unfair trade deals and other countries not following the rules."