Police have made an arrest in a double shooting in Maryland last month that claimed the life of a woman from Hamburg and a Virginia man. 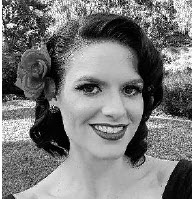 Ashley Dickinson, 34, a Nardin Academy graduate who was working in Washington, D.C., and Joshua Frazier, 29, were killed Feb. 15 in Burtonsville, Md., about 30 miles from Dickinson's home in Alexandria, Va. They were found in Dickinson's car, which was still running, in a parking lot.

According to Washington-area news reports, Gregory Terrell Jones, 24, was arrested in Gaithersburg, Md., and charged with two counts of first-degree murder in the deaths. Another suspect in the murders, Jones' cousin Tyshon Jones, 25, was shot and killed by police after a shooting outside a West Virginia nightclub two days after Dickinson and Frazier died.

It was that incident that led investigators to connect the crimes, according to reports.

According to police, Gregory Jones and Tyshon Jones allegedly were meeting Frazier to pay him money owed for a drug deal.

Instead, the couple was killed.

Then, on Feb. 17, the Joneses were involved in a shooting outside a nightclub in Berkeley County, W. Va. Police reported that Tyshon Jones was armed with a .45-caliber handgun and was shot dead by local police, and that Gregory Jones was firing a 9 mm handgun and fled.

Police say they recovered the .45-caliber gun and a shell casing from the 9 mm gun allegedly fired by Gregory Jones.

A shell casing recovered from the 9 mm was fired from the same gun as a shell discovered with Frazier and Dickinson, according to the reports.

Dickinson's family and friends who were in regular touch with her do not know how she knew Frazier, although he reportedly had been working as a personal trainer. Her parents, Gordon and Susan Dickinson, still live in Hamburg, where funeral services were held for her on Feb. 24.

She had attended Hamburg schools before going to Nardin, and then graduated from the University of Richmond. She was working in Washington as an administrative manager.

From childhood she was known as a giving and happy person. She was athletic and loved to be outdoors with her dogs.