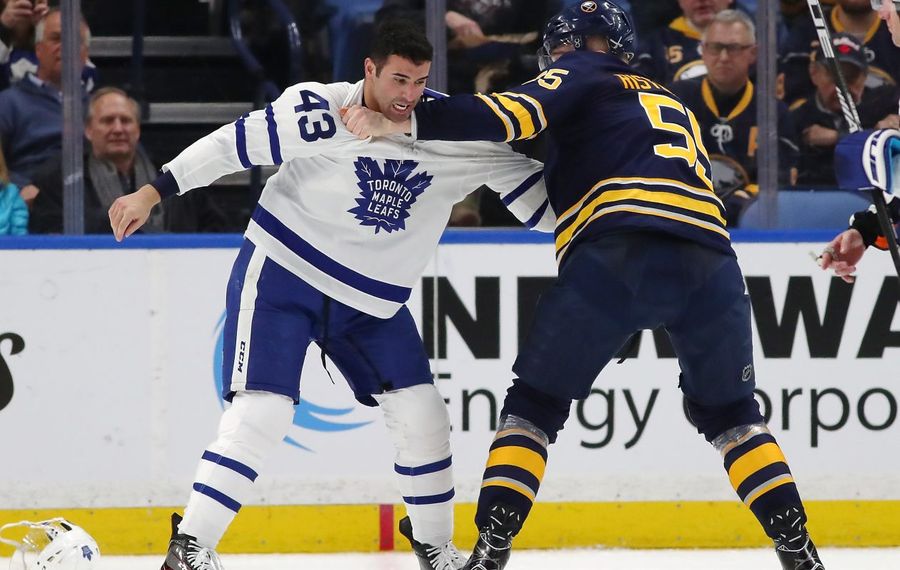 Rasmus Ristolainen has seen the video. He shares the usual reaction.

"It was funny," the Sabres defenseman said Tuesday.

The TSN cameras caught a penalty-box exchange between Ristolainen and Toronto's Nazem Kadri after they fought Monday. A gif on Twitter by @TheFlintor captioned the chat, which featured Ristolainen saying the feisty players will meet four more times. Kadri countered that Monday didn't count, so it was only three more meetings.

Ristolainen had a stunned look of realization, then turned away.

"I just exchanged a couple words with him, and that's it," Ristolainen said in KeyBank Center. "Not going to tell you guys what we said, but obviously you can read a little bit of what we were talking. It's just two guys who play hard and doesn't like each other."

The Sabres and Leafs play March 15 in Buffalo, then March 26 and April 2 in Toronto. So, yes, that's three more meetings.