But the face of the priest still creeps into his mind anytime he enters a Catholic church, he said.

McCarthy, 69, says a short prayer to make the image go away: "Lord, help me to do the right thing and let this pass."

It gets him past the awful memory of the sexual abuse that McCarthy said he endured from Orsolits in his childhood bedroom some 50 years ago.

Orsolits, now 78, made the startling admission on Tuesday that he had molested "probably dozens" of boys prior to entering a Canadian facility for treatment in the early 1980s.

On Friday, McCarthy and his younger brother became the second and third men to publicly accuse Orsolits of sexually abusing them as adolescents while he worked as a Catholic Diocese of Buffalo priest.

Orsolits' abuses span more than decade and date back to the earliest years of his priesthood, according to the accounts of the McCarthy brothers and a third victim, Michael F. Whalen. 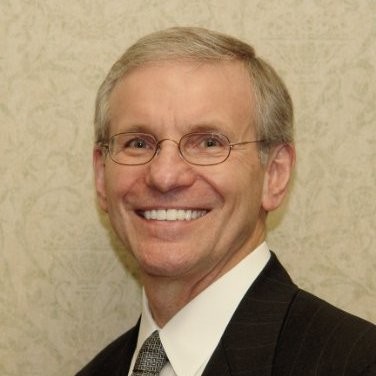 McCarthy said he was about 17 years old when Orsolits sexually abused him in 1966 or 1967, while Orsolits was assigned to St. John the Baptist Church in Alden.

His younger brother, who asked that his first name be withheld, said he was 12 or 13 when he was abused by Orsolits.

Orsolits admitted in an interview with The News in his home Saturday that he molested both McCarthy brothers. But Orsolits expressed little remorse for his crimes. Instead, he maintained that he was reformed after his second visit to Southdown Institute for psychological therapy, in 1988.

"I haven't been involved in anything at all since I left Southdown," Orsolits said.

At a news conference Thursday, Bishop Richard J. Malone said the diocese sent Orsolits to the treatment facility near Toronto, after it received an allegation that Orsolits had sexually abused a child. Diocesan officials declined to say when the diocese first received complaints about Orsolits and when he was sent for counseling. Malone said he was surprised to hear that Orsolits claimed to have abused dozens of children.

The diocese removed Orsolits from active ministry in 2003 to adhere to a new national policy for handling clergy accused of sexual abuse.

By many accounts, Orsolits was a charismatic young priest – newly ordained in 1965 – who drove a hot car, played the guitar in church and liked to party when he met the McCarthy brothers. He lived in the rectory of St. John the Baptist Church in Alden and befriended the large Irish-Catholic McCarthy family, who lived just down the street.

Diocesan records show that Orsolits served as an assistant pastor at St. John the Baptist from January 1967 to September 1967, according to diocesan spokesman George Richert.

James McCarthy said his sexual abuse began one night after Orsolits had dinner and drinks at the McCarthy home. Daniel and Marion McCarthy invited the trusted priest to spend the night, and they pointed him to their eldest son's room, where the two could share a bed, James McCarthy said.

There, Orsolits sodomized the stunned teenager, according to McCarthy.

"It is so foreign, you don't know what's going on at first," he recalled.

He said the abuse happened up to a dozen times in all, under similar circumstances, with McCarthy too afraid and too ashamed to say anything to anybody about it. Orsolits suggested in a brief interview with The News on Tuesday that his sexual contact with boys was consensual, and he said he didn't force himself upon any boys.

But McCarthy disputed that, saying he tossed and turned to try and escape the priest's clutches.

"I would lay awake at night and not sleep because I wouldn't know what was happening next," he said.

Orsolits admitted on Saturday that his sexual advances on James McCarthy were not welcomed.

To avoid the advances, McCarthy said he moved from his bedroom to the living room couch. 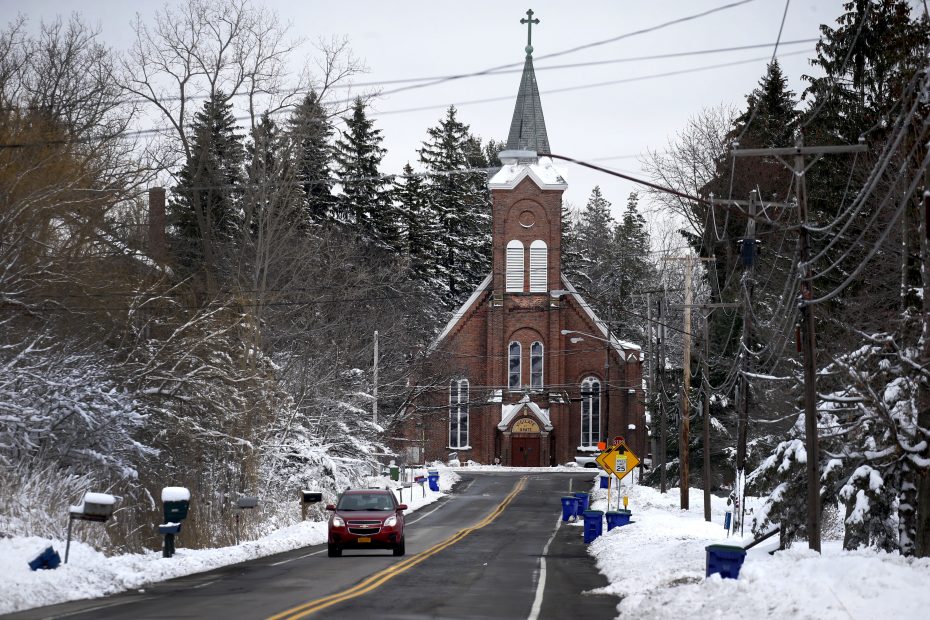 McCarthy didn't tell anyone what happened until years later. He confided in his younger brother, who revealed that he, too, had been molested twice by Orsolits inside the rectory of St. John the Baptist Church.

"It wasn't consensual in my mind. It wasn't something where I offered myself to him," said the younger McCarthy. "It happened. There's really nothing I can do about it. I just want it to go away. But it can never go away."

Orsolits took the boy on an outing to Holland Speedway on a Saturday night, as they had done other times before.

"It was before the days of Saturday afternoon Masses. But a lot of times Norb would have to hear confessions and as soon as he was done, we would hop in the car and go to the races," said the younger McCarthy.

The parish pastor, the Rev. Irwin Spahn, was on vacation for a few weeks. When they returned from the speedway, Orsolits called the McCarthy home and asked if the boy could spend the night, the younger McCarthy said.

Orsolits forced him to perform oral sex, he said. The same thing happened the following Saturday night, he said, but never again after that. Orsolits told him not to say anything, he said.

Both McCarthy brothers said the priest acted as if nothing had happened.

When asked if he remembered abusing the younger McCarthy, Orsolits said: "I can vaguely recall it."

"I may have touched him," he said. "I don't know if there was definite activity."

Ken Burzynski remembers Orsolits and his car, too. "It was a pretty sharp car," said Burzynski, a friend of James McCarthy since their days at Alden High School. Burzynski grew up on Four Rod Road but hung out at the McCarthy home quite a bit, he said. The priest would let young people borrow the car, and he often filled it with teenage boys to take trips into the city, said Burzynski.

Orsolits, he recalled, "was at a lot of parties."

"The McCarthys were real active in the church," said Burzynski. "I remember him being around a lot. I know he was quite close to the McCarthys."

Burzynski recalled his own encounter with the priest, late at night at a neighborhood party on Sandridge Road, after everyone had been drinking. The priest began rubbing Burzynski's chest until his hand drifted down below his waist, he said. "All of a sudden, his hand went down and started rubbing my crotch. I just pulled away."

"Do I think I was molested? No. He was making an attempt and I stopped it right in its place," said Burzynski, who now lives in the Tampa area.

Burzynski said he remembers James McCarthy mentioning to him a few years ago that Orsolits had "tried something with him" when he was a kid, but the two friends didn't discuss the specifics.

"There were a lot of good times with Norb, a lot of fun times," he said.

For young people, Orsolits was a breath of fresh air in the priesthood. The Catholic Church was in the midst of a radical transformation in the late 1960s as dioceses implemented changes dictated by the Second Vatican Council, including a new Mass celebration in English, as opposed to Latin. Orsolits, fresh out of seminary, was on the cutting edge of the changes.

"With the Catholic religion, making it more modern than it used to be, Norb was very into that," said the younger McCarthy. "At the time, that was what a lot of young people needed."

"Norb brought guitars to the church and rock music. That was unheard of," he said.

Added the elder McCarthy: "He was the anti-Latin Mass Catholic. He was the epitome of the young, vibrant, dynamic priest."

Even later on, the younger McCarthy said he maintained a cordial relationship with Orsolits. The priest baptized his fiancee when she converted to Catholicism in 1973. Years later, he baptized the married couple's two children. As Buffalo General Hospital chaplain in the late 1980s, Orsolits regularly visited Dan McCarthy, the father of the McCarthy brothers, in his hospital room as he suffered from emphysema and lung cancer, said the younger McCarthy.

Orsolits celebrated the funeral Mass for Dan McCarthy, at the behest of the younger McCarthy.

"I had the impression, at that time, that he kind of forgave me. I don't know if he really did, but I didn't pick up anything negative from him," said Orsolits.

Orsolits' admissions this week brought raw emotions to the surface again for the brothers.

"It is about time!" James McCarthy said in an email to News reporters who wrote about the admissions.

"You opened the door now," said the younger McCarthy. "You wonder how many other priests whose names haven't been brought out, have done the same things."

The elder McCarthy said he was grateful to Whalen for stepping forward with his allegations against Orsolits. It was Whalen on Tuesday who accused Orsolits of molesting him at the priest's cottage in the Town of Ashford on a weekend ski trip in 1979 or 1980, while Orsolits was serving as an assistant pastor at St. John Vianney parish in Orchard Park.

James McCarthy said he was never really able to confront Orsolits about what he had done. The situation, he said, was complicated by the fact that he has an uncle who is a priest and an aunt who is a Sister of St. Joseph. The aunt, Sister Ellen McCarthy, said in a phone interview she was not aware that her nephews were sexually abused by Orsolits.

"I'm saddened that my own family was involved with this priest," she said. "I'm just saddened that something wasn't taken care of with Father Norb long ago."

James McCarthy now lives in Evansville, Ind., and works in the pharmaceutical and biotechnology industry. He's married and has two grown children.

He didn't start discussing his molestation experience until receiving treatment at VA hospital for post-traumatic stress disorder, he said. In 2010, he wrote to the Buffalo diocese about the alleged abuse, he said. Richert, the diocesan spokesman, said he doesn't deny that McCarthy reached out to the diocese in 2010 regarding Orsolits. But he said he could not comment further about the correspondence.

McCarthy also got in contact with the Surviviors Network for those Abused by Priests, a national organization.

The diocese offered to pay for counseling – at a facility that was a six-hour drive north of Evansville, he said.

The younger McCarthy said he did not report anything to the diocese. "How do I prove something like that? There are no witnesses," he said.

James McCarthy said he's not really looking for any money, and if he received a settlement from the diocese's new settlement fund, he would donate it to a charitable organization. What diocesan officials refused to offer were any answers, he said.

"I was a victim and they wouldn't tell me anything about what's being done. That's the thing that bothered me the most," he said. "I looked at that as just being a big coverup. The church, in every situation that they could, there was always an intention to cover it up as much as possible."

McCarthy said he wasn't even made aware that the diocese had removed Orsolits from active ministry.

He decided to talk publicly about his abuse out of a sense that it was the right thing to do – as his prayer reminds him and as his father had always instructed.

"He would say, 'Do the right thing for the right reasons and things will turn out OK,' " he said.