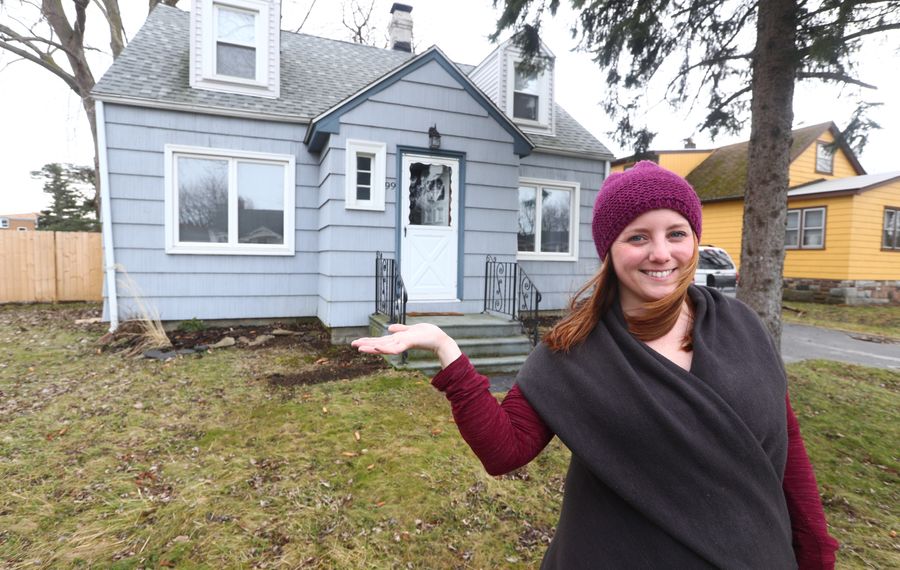 Vanessa Krnjaich may not have thought she was saving a neighborhood when she bought her fixer-upper for $45,555 at auction in August 2013.

But the 26-year-old transformed a West Seneca house that had been vacant for five years, taking it from the rolls of the "walking dead" and restoring it to vibrant and living housing stock.

Before Krnjaich got her hands on it, the house had been zombie home, caught in foreclosure limbo. In the Buffalo area, there are hundreds, perhaps thousands of them. Now towns, cities and villages are using new tools, including grants from new programs, to get the upper hand on vacant homes caught in an incomplete foreclosure process. The effort is needed because the abandoned properties are a blight and can encourage crime, but it doesn't have to get that point.

The first thing local leaders will tell someone who gets the dreaded foreclosure notice is to stay in the house.

"A lot of times people just leave," said Hamburg Community Development Director Christopher Hull. "Even when you get the foreclosure notice, you don't have to go." 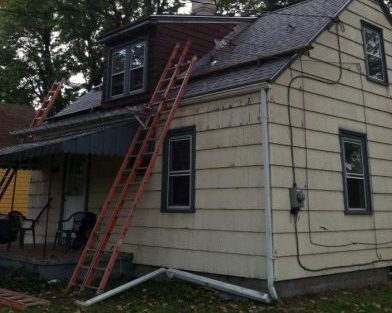 A "before" photo of the West Seneca home as it looked when Vanessa Krnjaich bought it at auction. (Provided photo) 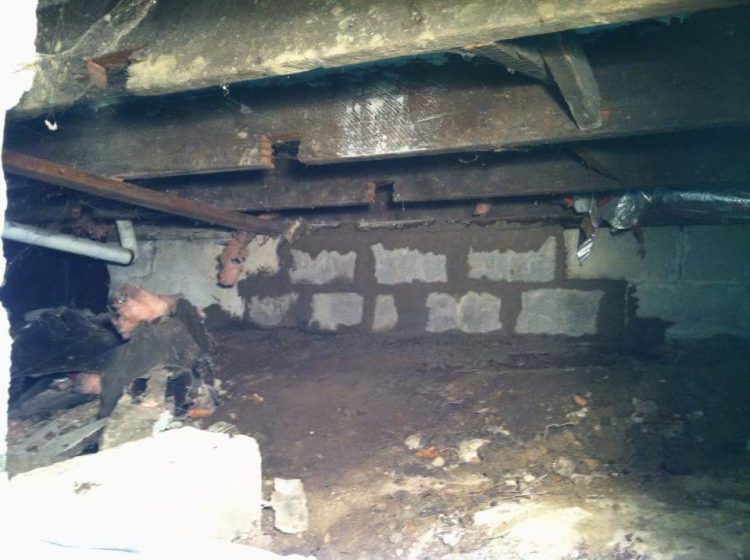 Homeowners are getting notices in the mail advising them to stay in their home and seek assistance from agencies such as the Western New York Law Center, Belmont Homes and Buffalo Urban League. Some communities are using grants awarded by the state to pay for financial counseling. The grants come from settlement money the state received from banks for practices that led to the housing crisis in 2009.

Zombie homes are created when homeowners pull up stakes during the foreclosure process, so communities are desperate to keep people in their houses. After owners move out, but before the foreclosure is complete, vacant property can fall into disrepair, potentially dragging down the values of the homes around it.

And those working on the problem say one of the easiest ways to fight zombie homes is to prevent them from being created, by keeping owners in the house.

"People leave houses before they have to," said Kate Lockhart of the Western New York Law Center, which works on preventing foreclosure, sometimes by helping homeowners restructure payment plans. If all else fails, the center will try to find options for the transition from the house.

But it can't help if the owner leaves, she said.

Less than a half mile from Krnjaich's success story sits a classic zombie home. Vacant for years, the town started cutting the grass on the tan brick house on Jasmine Avenue in 2011. The elderly woman who had lived there since 1965 died, but she is still listed as the owner. 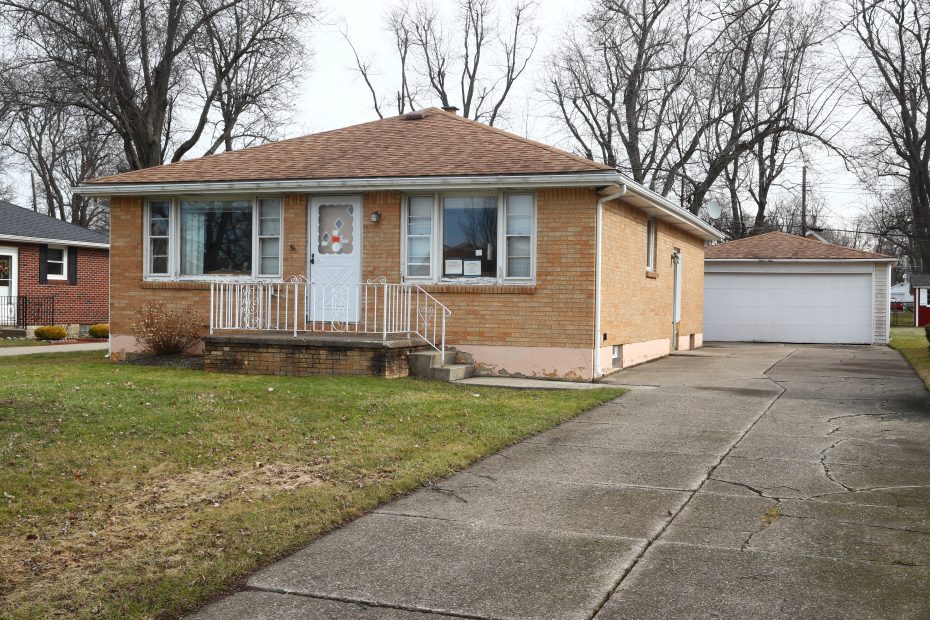 This home at 35 Jasmine Ave. in West Seneca has been vacant for years. The town started cutting the grass in 2011. (John Hickey/Buffalo News)

The house doesn't seem that bad until you look closely at exposed wood on window frames, and read the town building report of downspouts, gutters and soffits needing repairs, foundation needing to be patched and siding missing from the garage. A dead tree in the front yard was removed.

Finding which bank holds the mortgage has been a struggle for the town.

Now, banks that don't maintain vacant and abandoned homes can be fined $500 a day in New York. And they are to report vacant and abandoned properties to a state registry. At last count, there were 2,124 properties in Erie County and 345 in Niagara County on the list, according to the state Department of Financial Services. Although the registry is not public according to law, it is shared with cities, towns and villages. 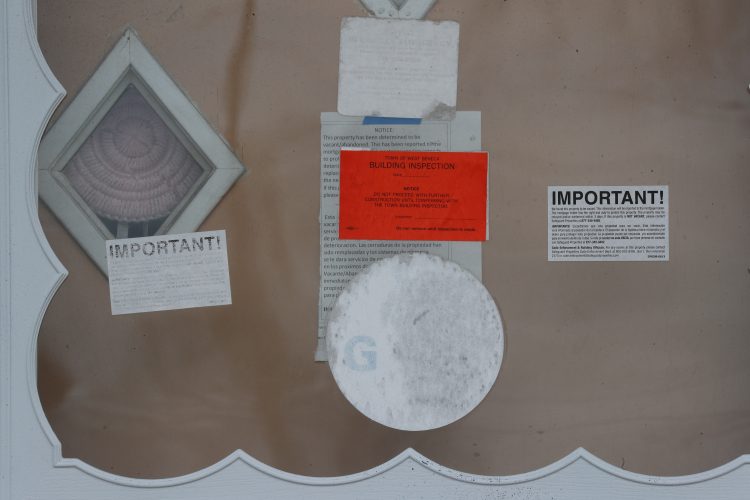 Tell-tale signs of a zombie home on the door at 35 Jasmine Ave. in West Seneca. (John Hickey/Buffalo News)

The house on Jasmine was among about 90 zombie homes in West Seneca five years ago. Since then, the town has worked to identify problem properties and get them back on the market. Today, there are about 20, said John Gullo, senior code enforcement officer.

Tonawanda had about 250 zombie properties in town, and has whittled the number to about 50, said Community Development Director James Hartz. The town is preparing its first prosecution under the new state law.

Not every foreclosure leads to a zombie house, but the problem intensified after the 2008 recession and more foreclosures were being filed. The number of foreclosures filed in Erie County is going down from a recent high of 2,759 in 2009 to 1,668 last year, but that doesn't mean the problem is going away.

And like the movies or TV, zombie homes pop up everywhere, in a Clarence neighborhood with million-dollar houses, to an eight-year-old subdivision with property valued around $200,000 in Hamburg.

And like the movies, zombies thrive when no one is paying attention and they find strength in numbers.

"It is in every nook and cranny of Western New York, from the most affluent neighborhood to your poorest neighborhood," Lockhart said. 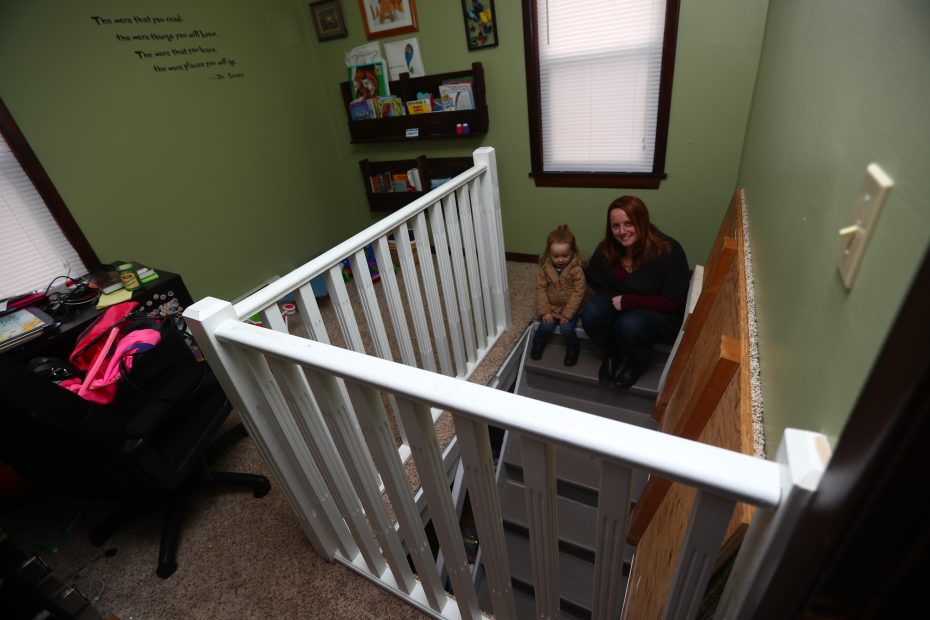 Vanessa Krnjaich and two-year-old daughter Charlotte inside the West Seneca house that was a zombie home when she bought it at auction. The neighbor "were just so happy to see the house revamped," she says. (John Hickey/Buffalo News)

Seventeen Western New York communities got state grants, some as much as $350,0000, for the fight last year. Many towns created task forces and partnered with the Western New York Law Center. The money helped them identify where the zombie homes are, help the homeowners stay in the houses, and/or haul the banks into court.

Some places, like West Seneca, strengthened their laws. The town now requires home inspections before vacant and abandoned houses are sold, so new owners know what they are buying.

Erie County Clerk Michael P. Kearns started giving municipalities direct access to the clerk's office databases showing new foreclosures. The information includes the name of the bank and its lawyer. He hopes eventually to match the county database with the state database to help monitor banks.

Keeping track of abandoned properties can be costly. 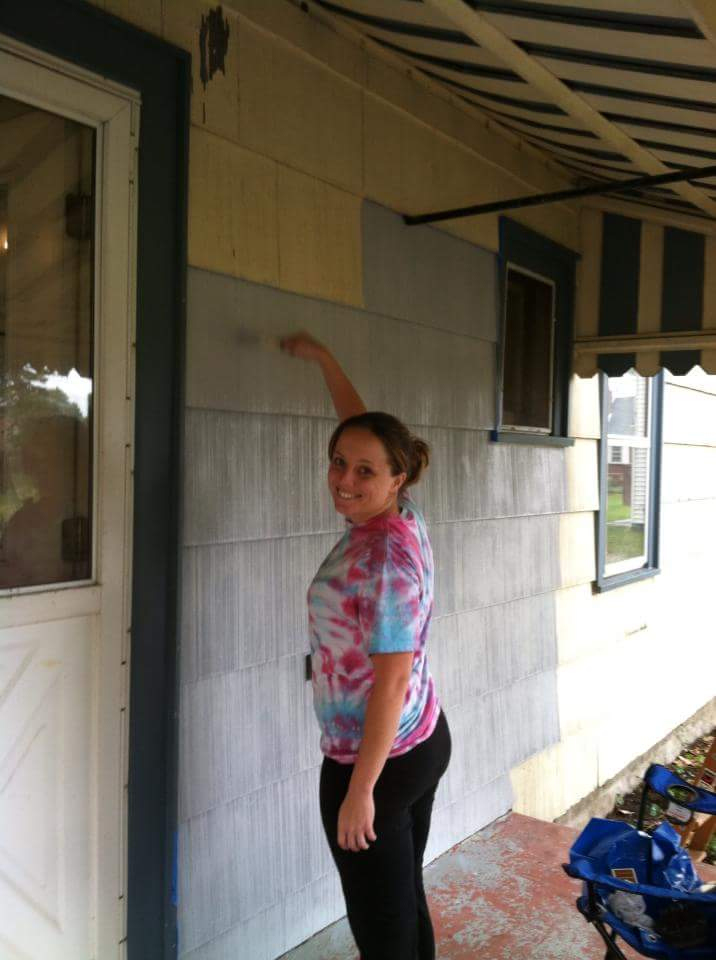 Vanessa Krnjaich did much of the work herself on the Rose Avenue home that was vacant when she bought it at auction. (Provided photo)

"The Town of Evans spent close to $250,000 a year on some form of property maintenance," Supervisor Mary Hosler said.

She estimates 100 of the town's 9,100 parcels contain zombie properties. The town received a $100,000 grant, which it is using on several strategies: buying tablets so building inspectors can immediately log in visits to properties, updating the town's website so neighbors can register possible vacant properties and trying to educate the public.

Cheektowaga, which identified 528 vacant properties through its $250,000 grant, created a task force to develop policies and strategies, and is looking for residents to call the town's  Vacant and Abandoned Property hotline at 897-7200, Ext. 1 to report any known or suspected vacant property.

Hamburg is getting the word out through radio ads that there is help for someone in foreclosure. While the number of zombies varies, the community development director says it is around 185.

The goal is to prevent property from getting so dilapidated it needs to be torn down. Krnjaich said when she first looked at the house on Rose Avenue, it wasn't "completely deplorable," it was salvageable.

After months of fixing it up, she still plans to redo the kitchen of the house, which was built in 1932.

But she had a lot of family support and help with the repairs.

And the neighbors, she said, "they were just so happy to see the house revamped."