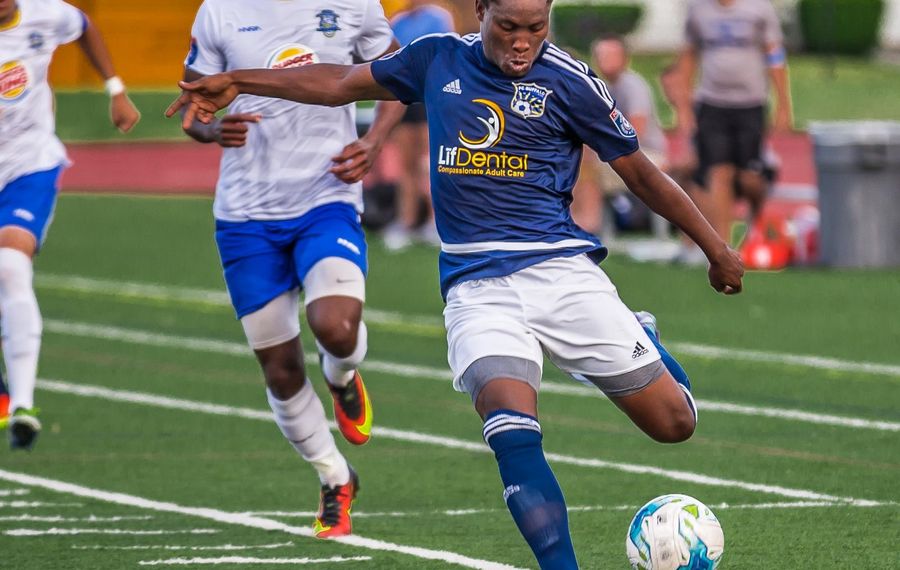 FC Buffalo's season may still be two months away, but there's good news to announce for the club.

Striker Akean Shackleford, a productive force on the pitch and a fan-favorite off it, will return to the National Premier Soccer League club for summer 2018, he announced on Twitter.

Shackleford, a native of Jamaica who just completed his second season at Indian Hills Community College in Iowa, potted seven goals in his first season with the Wolves despite being hobbled for the final five games. The powerful forward secured a spot in BN Soccer's NPSL Great Lakes East end-of-year Best XI, too.

"Akean embraced the club and our supporters so genuinely and so completely, and his desire to grow his career alongside our club makes him the ideal FC Buffalo player," said Wolves owner Nick Mendola. "He's just one of our favorites returning this year, and we'll share many of the others after our invitational tryouts conclude this weekend."

Not long after the conclusion of the summer season, Shackleford committed to play for Southern Methodist University, referred to more commonly as SMU, in Dallas, beginning this fall. For his swansong season with Indian Hills, Shackleford seized first-team NJCAA All-American honors, finishing second in the nation with 33 goals.

Even while in Iowa, Shackleford gave back to the Buffalo soccer community, donating soccer equipment alongside his college teammates to an initiative - started by FC St. Pauli Buffalo, a burgeoning local fan club of the 2. Bundesliga side - to benefit a new Journey's End refugee soccer team.

A big thank you to the @IHCCSoccerMen in helping me sending off a care package for the newly formed refugee soccer team in buffalo NY. Wishing you guys all the best. @FCStPauliBuf @FCBuffalo @DrunkleTSR pic.twitter.com/zZco0aEAN4

Read the full story to learn how much Shackleford has had to overcome en route to NCAA Division I soccer.