Buffalo's Every Time I Die is one of more than 50 bands slated to perform during the final cross-country run of the Vans Warped Tour, which returns to the Darien Lake Amphitheater grounds for a show on July 25.

Warped Tour founder Kevin Lyman previously announced that this is the final full run of the event, now in its 24th season. However, there is talk of some type of 25th anniversary celebration for 2019.

ETID returns to the Warped Tour to join a lineup that celebrates "friends from throughout the years" of the long-running festival. Other bands announced include Reel Big Fish, Bowling For Soup, The Used, Frank Turner, All Time Low, Simple Plan, Taking Back Sunday, The Maine, Waterparks, The Interrupters, ISSUES, SUM 41, Tonight Alive, Knuckle Puck and 3OH!3. This link shares the bands confirmed for Darien Lake. 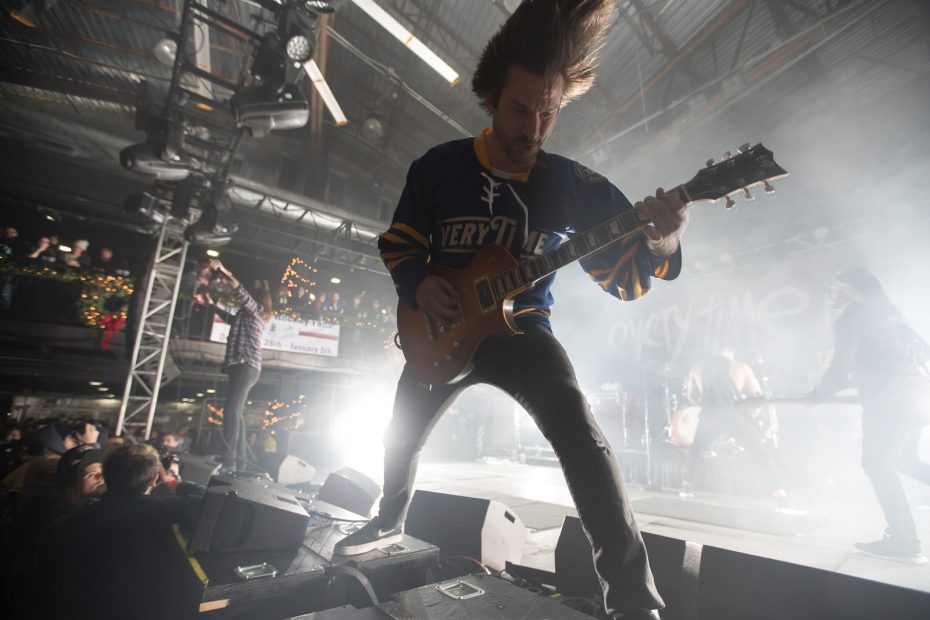 Buffalo's Every Time I Die performed a homecoming concert at Buffalo RiverWorks in 2017. (Chuck Alaimo/Special to The News)

General admission tickets (price to be announced) go on sale at 10 a.m. March 8 through livenation.com, Ticketmaster.com and charge by phone at (800) 745-3000. Every concert tickets includes free same-day admission to the theme park.

The Super Fan Bundle ($100) is now available for Darien Lake and includes one general admission ticket plus exclusive merchandise like a collector ticket laminate and custom Vans Warped Tour Authentics. This is the link directly to the bundle for the Darien Lake show.

See Every Time I Die perform at Buffalo RiverWorks in 2017