The night I hit The Delaware, I meant to eat elsewhere. Lake-effect snow made a Hamburg rendezvous foolhardy, so I called an audible.

My guests met me in Tonawanda, at the flaming torches that mark the restaurant. It was packed with people eating and drinking as fat flakes fell outside. I'd been once before, years ago, as an amateur. I remembered upscale pub grub with a few spins.

One that stuck was a fried-chicken-and-waffle sandwich, the first I'd seen around town. After we wedged into a table between the bar and a line of booths, there it was on the menu.

In the intervening years, the thrill of discovering a chicken-and-waffle sandwich has dimmed somewhat, but not enough to stop me from ordering it again. I took a bite, and decided that time had not, in fact, stood still.

The sandwich ($10.50) wasn't awful. The fried chicken breast inside was reasonably moist, crusty and well-seasoned. But the waffle – housemade, the menu says – was cool, dry and notably chewy, like it'd been waiting to meet its end for some time.

Calamari ($11.50) was tender enough inside crust speckled with black pepper, a tasty version especially when dunked in the proffered tomato sauce.

Beer-battered stuffed peppers ($8.50) were tender and filled with Asiago, ricotta and blue cheeses. Some bites thrilled with spicy, crunchy richness, while others were dimmed by a pasty layer between pepper and crunchy outer crust. 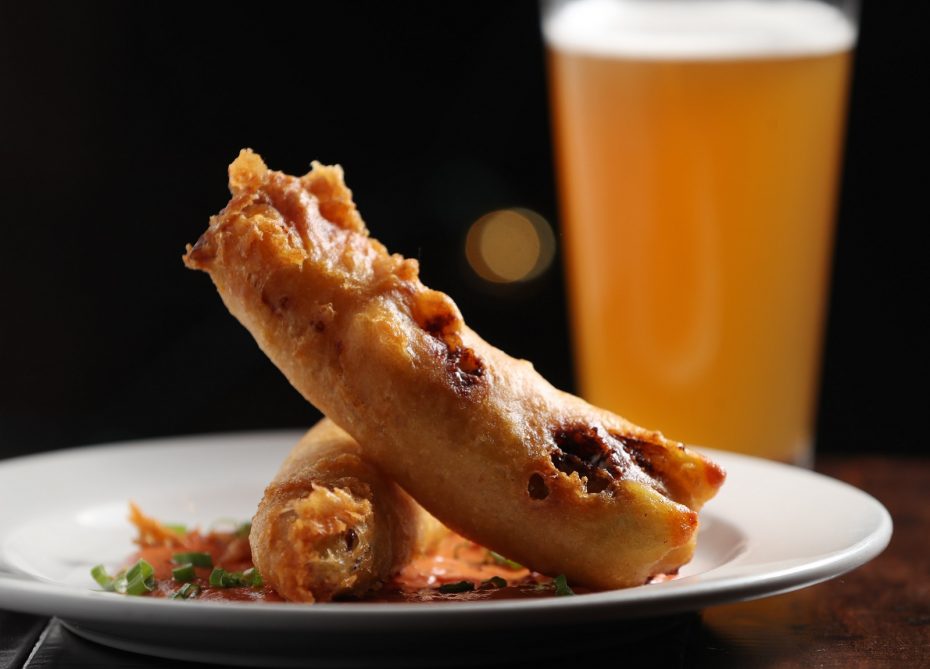 Asiago-artichoke fritters ($8.75) were plentiful, like a trio of three potato pancakes. Dipped in lemon aioli they were serviceable, but there were better dishes on the table.

How do you disappoint with macaroni and cheese ($14.75)? You mix in cubes of winter tomato, don't adequately brown the andouille sausage, don't bother to broil it, just sprinkle gritty breadcrumbs over it and call it a day.

Another disappointing entry was the tater tot shepherd’s pie ($14), described as beef, vegetables and rich gravy in a tot-and-cheese crust, a promise that had me loosening my belt to brace myself.

What arrived was a ground beef mixture topped with loose tots and an abstemious drizzle of cheese sauce. The mixture showed no signs of being baked, or crusted. And if you’re going to go light on cheese sauce, tater tot casserole is not the place to skimp.

Other dishes upheld The Delaware's promise of well-made comfort food.

Tomato soup ($4.25), a velvety purée enriched with cream, hit the spot. The basic toasted cheese sandwich fingers that came with it were admirably suited to their dipping duty.

Steak pappardelle pasta ($18) was a rich number well suited to shoveling duties. Lots of pot roast-tender braised beef was heaped with ribbonlike noodles and mushrooms in a cream sauce touched with sherry. There was plenty for leftovers, and it reheated well. 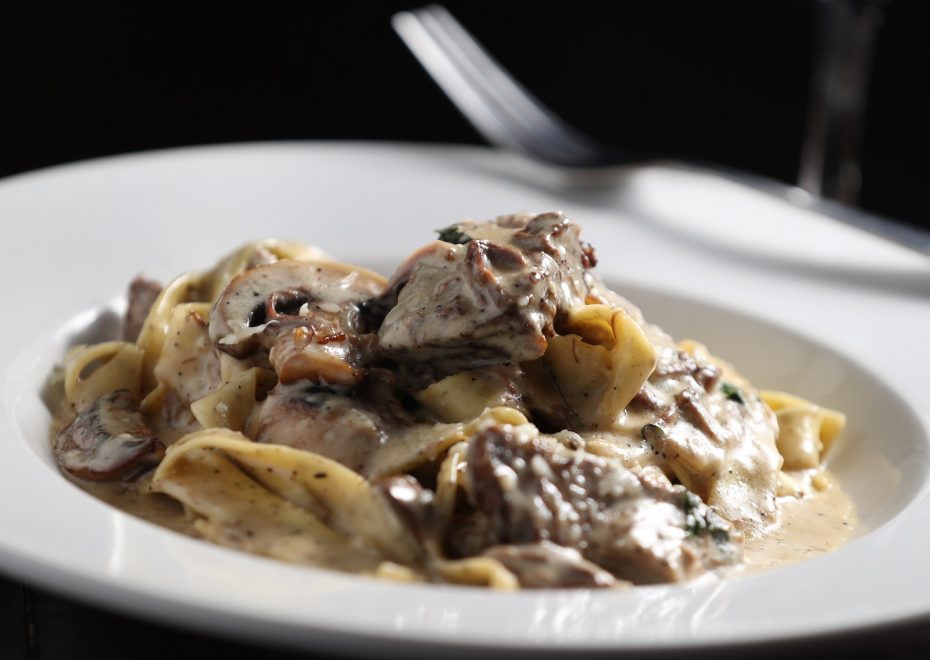 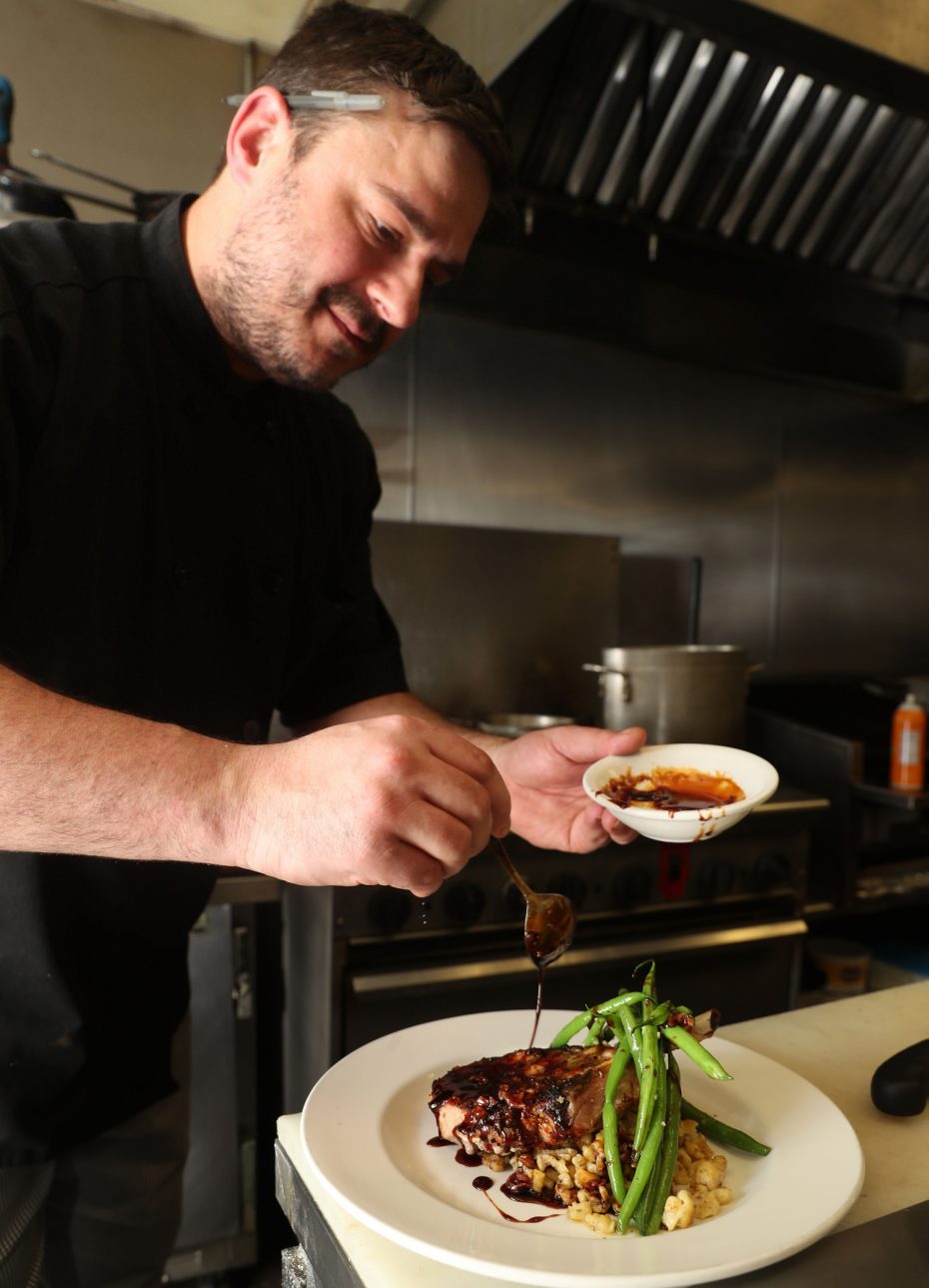 Another minor success was the housemade potato chips and dip ($2.75). The chips were fresh and crunchy, an excellent excuse to scoop up sour cream flavored with what tasted like onion soup mix, with a frisson of chile heat. Not fancy, just good.

Surprisingly enough, two of the night's favorites came from the health food side of the menu, in a grain bowl and vegan entrée.

The menu encourages a build-it-yourself approach to its grain bowls ($9.75-$16.50). Start with organic quinoa, brown rice or lentils, then choose a protein (tofu, meat, seafood) and a sauce, like miso mushroom or coconut curry.

Mine went quinoa-salmon-bacon soy caramel, and it was quite satisfying. The glazed salmon was crusty but moist, and the sauce added a sweet-smoky-salty accent punctuated by the fresh crispness of bean sprouts and green beans. 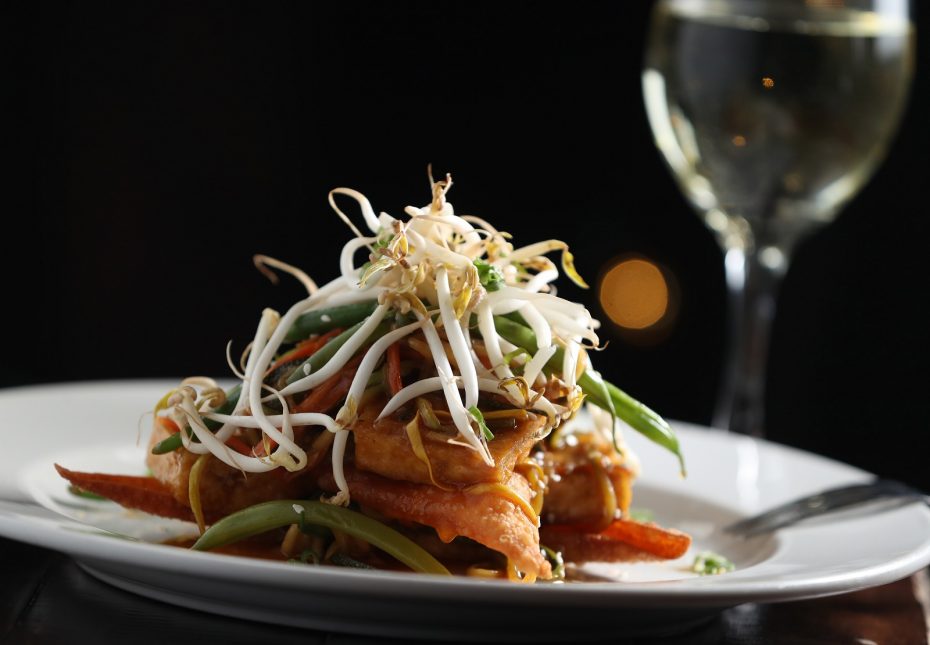 In my research, I noticed that 90 percent of the dishes in my predecessor’s 2010 review remain on the menu. My meal left me wondering if the cooks are tired of them. (Apparently a new menu is set to debut, however.) Judging from the crowded house, though, customers are on board for the reasonably priced food, which is the dominant metric of restaurant success.

The relatively new vegetarian and vegan dishes I tried made The Delaware a welcome addition to my short list for meat-avoiders. Yet the overall impression was staid food that sometimes let details slide. While The Delaware stood pat, at many tables in town, the game has moved on. 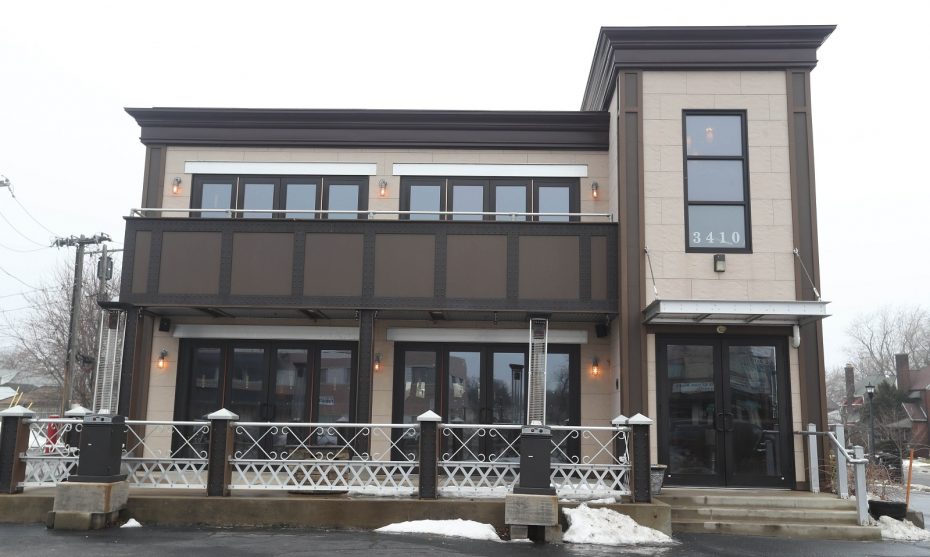 The Delaware is at 3410 Delaware Ave. in the Town of Tonawanda. (Sharon Cantillon/Buffalo News)

At This Little Pig, New American cuisine that earns its name