Tesla wants to open a store in the Buffalo area to showcase its electric cars.

But the company faces a roadblock. For decades, state law has required automakers to sell new vehicles to customers only through franchised dealers.

Tesla operates differently, selling directly to customers through its own stores, which has put the automaker at odds with dealers.

Now, Tesla wants state lawmakers to allow it to open 15 in New York State, on top of the five stores it previously got approval to open in the New York City area. Five of the new stores would be in upstate New York, including one in the Buffalo Niagara region.

"This is not a huge ask," said Will Nicholas, Tesla's policy manager for the Northeast.

Tesla's legislative push comes as the company rolls out its Model 3, a $35,000 car aimed at a wider market than Tesla's earlier models. The company plans to bring a Model 3 to an event at the Pierce Arrow Museum in Buffalo on Thursday, as part of its legislative push. 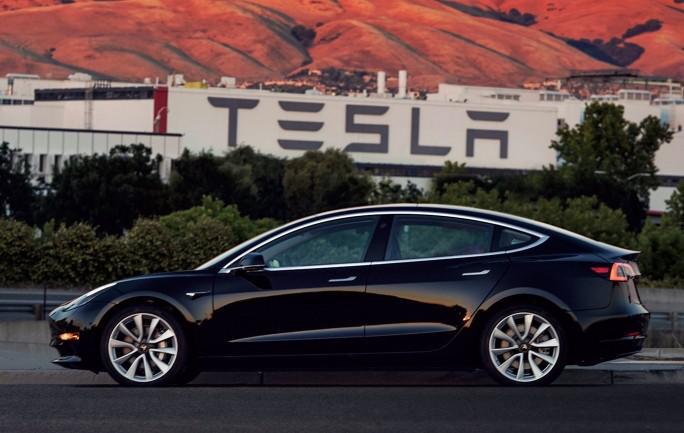 Tesla plans to bring a Model 3 to Buffalo on Thursday. (Tesla photo)

But not everyone is eager to see Tesla open more of its own stores.

The Alliance of Automobile Manufacturers, which represents carmakers including Ford, Fiat Chrysler, BMW and Porsche, said Tesla is looking for special treatment from the state.

The group characterized Tesla's request for 15 more direct-sales stores in New York state as "nothing more than a state-sanctioned, unfair leg up on its competition."

"Nothing in current law forbids Tesla or any other automaker from adding sales outlets legally in New York today," the group said. "It just has to follow the rules that are supposed to apply to everyone."

The Alliance said many of its 12 automaker members sell electric and other alternative fuel vehicles in different price ranges. The group argues Tesla's technology is not unique, and therefore should play by the same rules as other automakers.

Buffalo-area residents can already buy Teslas, through ordering online. But if prospective buyers want to see a Tesla inside a store, their closest options are Toronto, Pittsburgh or Cleveland. Tesla says it would use its stores to display not only its cars, but also its batteries and a product it plans to sell from its South Buffalo plant: solar roofs.

Tesla has tangled with its opponents over selling cars in New York before. Four years ago, Tesla and the New York Auto Dealers Association reached a compromise, brokered by Gov. Andrew M. Cuomo. Tesla was allowed to keep its five stores open, but couldn't add more of them in the state. Dealers at first had pushed for the five existing stores to be closed. Tesla has faced similar opposition to its direct-sales business model in other states.

If Tesla gets the green light for expansion in New York, the company has said it would open at least one store each in the Buffalo, Rochester, Syracuse, Albany and Hudson Valley regions. Buffalo would probably be Tesla's first upstate location, Nicholas said. 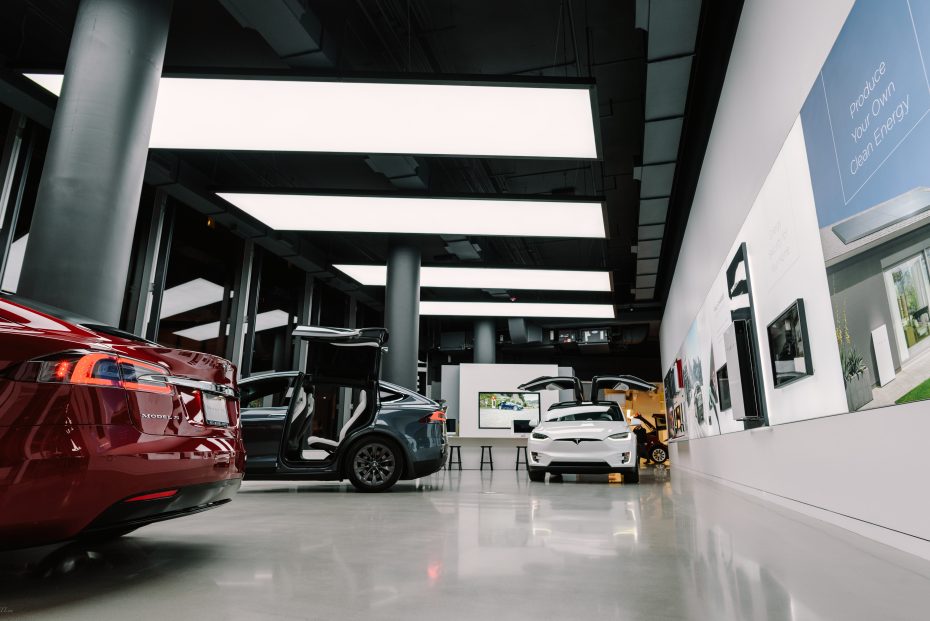 "We believe that the market opportunity exists, and we simply want to put shovels in the ground and employ more people so we can create a consistent customer experience across the state," he said.

Nicholas said Tesla felt asking for 15 more stores, instead of a much larger number, was a "prudent measure" to pursue. "We understand the opposition that we face," he said.

Morelle said he couldn't predict how the bill would fare, but said he was encouraged by its large number of co-sponsors, from different corners of the state.

By enabling more Tesla stores to open, Morelle said he wants to ensure the state's policies keep current with new technology and innovation. He doesn't want to see a repeat of how long it took for ride-hailing services like Uber and Lyft to be approved for upstate, when they were widely available in other parts of the country, including downstate.

"I think more and more people are demonstrating interest in zero-emission vehicles," he said.

State Senate George Amedore Jr., a Republican from Schenectady County, has sponsored a companion bill in the state Senate. Its co-sponsors include Tim Kennedy, a Buffalo Democrat.

Nicholas said opening more Tesla stores is line with the state's goal of putting more electric cars on the road. And, he said, franchised dealers' sales remain strong in spite of Tesla's stores competing alongside them.

"You have seen two different business models both thrive, but you're hamstringing one and provide protection to the other," Nicholas said. Demand for Tesla's vehicles has grown, and the company wants to expand its store network to keep up, he said.

But dealers and their advocates say Tesla wants another exception to the rules governing how new cars and trucks are sold in the state, and insist the franchise system better serves consumers and promotes competition.

"The franchised automobile sales law is not a choice, but a requirement of market participation for all manufacturers except Tesla," the Alliance of Automobile Manufacturers said.

Similar franchise laws are in place around the country, the byproduct of a system that emerged decades ago for automakers to distribute their vehicles to consumers on a retail level. By using independent dealers to represent them, automakers could sell through a large network of locations without absorbing the high costs of that infrastructure, said John Henry Schlegel, a law professor at the University at Buffalo.

"It would be expensive to own all of those stores and to manage them," he said.

Dealer advocates say franchise law protects the investment dealers have made in their locations, preventing them from going head-to-head with auto manufacturers for sales. The National Automobile Dealers Association said the franchise system also benefits consumers, promoting competition for the price at which vehicles of the same brand are sold, as well as competition for financing.

Dealer advocates say the system also ensures consumers have locations to turn to for warranty and recall work from the manufacturers.

But Tesla prefers its direct sales model, and currently operates more than 300 locations. A typical store represents a $1 million investment, and employs at least 25 people, including service personnel, Nicholas said.

Meanwhile, Tesla is adding superchargers in different regions, to help Telsa owners "refuel" and get from one place to another, Nicholas said. One of those superchargers is at the Eastern Hills Mall in Clarence.

"It's one of the largest investments that our company does make," he said.