Postseason championships have been hard to come by for Park School ever since it went all the way and captured the New York State Federation crown in Class B back in 2015.

Perhaps it's fitting, then, that the only holdover from that Pioneers team played a major role in the program's latest championship moment.

Smith scored 13 of his game-high 22 points in the first half and finished with four three-pointers as News No. 2 large school Park (21-5) became the first team to beat Canisius in a Manhattan Cup final since 2010, when Nichols pulled off the feat.

"This is an amazing feeling," said Smith, who drained 4-of-6 from beyond the arc. "This is my last year of playing high school basketball. I wouldn't want to go out any other way with any other team. This is the best feeling."

"Our team put it together," added junior guard Noah Hutchins, who finished with seven assists. "We knew this year we had a chance to do something special. I'm glad we got it done."

Park got it done before a standing-room only crowd in excess of 2,000. They watched the third meeting of the season between these state powers. The teams split two regular-season games. Just like those previous encounters, the News' second-ranked large school got the better of the No. 1 team. 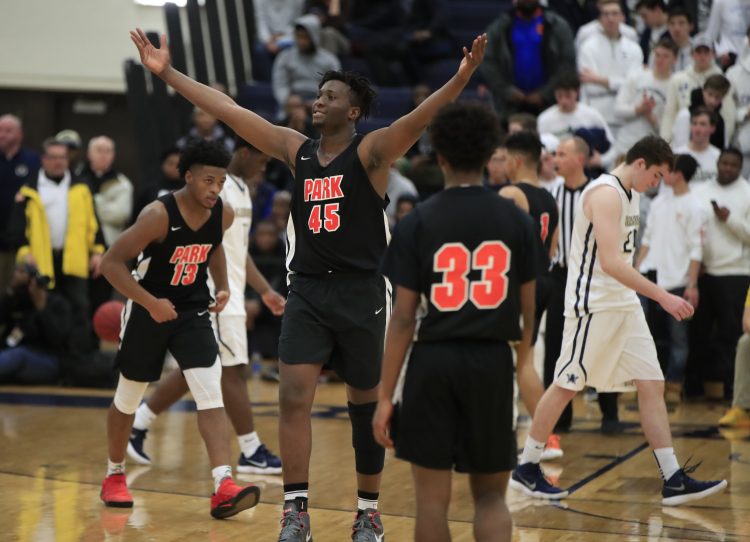 Park’s Julian Eziukwu celebrates a victory over Canisius in the Manhattan Cup final. He finished with nine points and 11 rebounds in the victory. (Harry Scull Jr./Buffalo News)

Canisius (23-3), ranked second among Class A teams in the state, bolted to an early 10-5 lead, but Park, ranked fifth, battled back as the two went into the second quarter tied at 13. Smith's three with 2:52 left in the frame gave Park a 21-19 lead. With the game tied at 23, Smith scored three straight points to give the Pioneers the lead for good.

While Hutchins and company did a good job of feeding Smith, this win does not happen if not for the inside play of Quentin Nnagbo, Julian Eziukwu and John Orogun. They combined for 25 of the team's 34 rebounds with 6-foot-8 Eziukwu grabbing 11 to go with nine points. Nnagbo, who is also 6-8, also chipped in with nine points. They made it tough for Canisius to score second chance points and also limited Monsignor Martin Player of the Year Ryan Bradley to seven points, including just two in the second half.

"Our rebounding and control of the backboard was significant," said first-year Park coach Rich Jacob. "Then our ability to finish in the fourth quarter is what did it."

"It wasn't a lack of effort on our part," Crusaders coach Kyle Husband said. "Their bigs really came to play and did a terrific job. Those three guards and wings they have are terrific. … That was a team effort on their part and they deserve it."

Canisius, which trailed by three at halftime and 37-26 at one point in the third quarter, pulled within three, 49-46, with 4:15 left on Jayce Johnson's layup. Johnson led the Crusaders with 17 points.

Daniel Scott, buried a huge three-pointer from the right wing with 3:28 left and then followed with a layup to quickly extend the Park lead back to eight points. Canisius pulled within four with 57 seconds left but that's as close as it got in this one.

Jacob is thrilled to be part of this championship ride, the program's second Manhattan Cup. However, he is quick to credit his predecessor Mike Battaglia and his assistant coaches Greg Witherspoon and Greg Gamble for getting it started at Park and leaving him a championship-caliber team to coach.

"We worked hard as a team to understand that together we are much stronger than a single person and I think that was a big part of what happened to us this season," said Jacob. "We continued to grow as a team. We believed in ourselves and in the end we found a way to win." 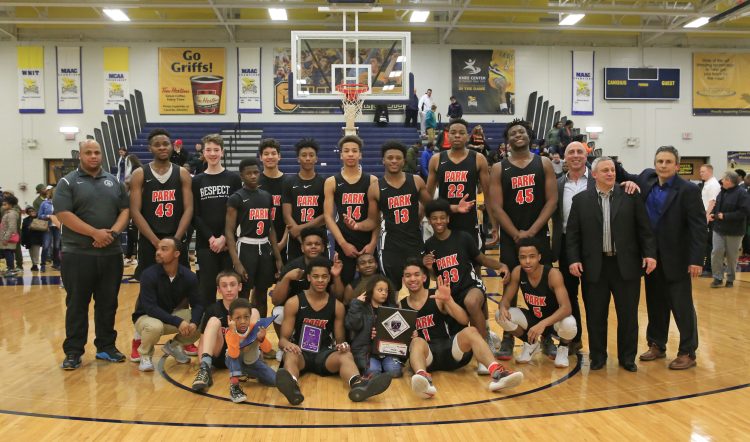