Who, I think, is this imposter? This Other? This redhead from New Jersey who has wormed her way into my life? Or, more to the point, into my granddaughters’ lives? This woman who believes herself entitled to fawn over my darlings.

She is the dreaded "Doppelgramma!"

A few years ago, I liked this woman quite well. My son-in-law’s mother. My daughter’s mother-in-law. We were lucky, I thought; this other woman was friendly, fun, family-oriented. I didn’t let it bother me that she saw a hairdresser every week while my unruly corkscrew curls had an agenda of their own. Or that she wore Chico and Adrianna Papell while I went for long skirts and peasant blouses. That she worshiped the Pope while I worshiped David Hyde Pierce. Or that she voted for ... well, you know. Never once did I worry that this Other Woman could steal my daughter’s heart.

What caught me totally off guard once the grandbabies came along was the dawning realization that there were, apparently, two of me.

I mean, I was my husband’s only wife. His having only sisters made me the only daughter-in-law. I was my children’s only mother.

Although technically I had two grandmothers, one was by far the favorite. (Hold that thought). We rarely saw the Pennsylvania grandmother, who was odd and emotionally unavailable. Grammie, however, was sweet, huggable, present – a source of unconditional love and a devotee of the color pink: pink flannel nightgowns, pink soap, pink Woolworth’s jewelry, pink calico aprons. I adored her. 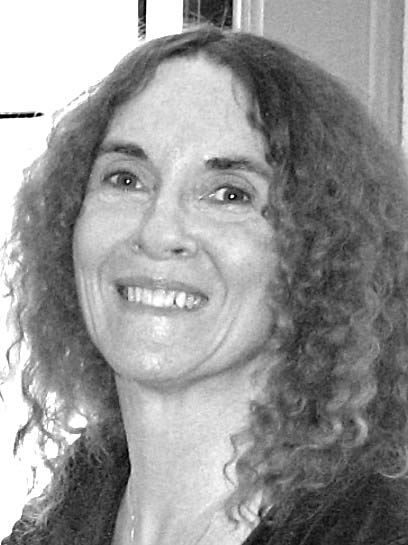 My children, likewise, essentially had one grandmother. They rarely saw my difficult mother who, mercifully, lived out of town. My mother-in-law, on the other hand, lived two blocks away and walked them home from nursery school, sent custard over when they were sick, cheered them on during basketball games and school assemblies, and taught them to play gin rummy. They adore her.

What then to make of this Doppelgramma who threatens my reign? This woman who makes me want to run, shrieking, "Mine, mine, all mine!," my contraband clasped safely against my breast in a Baby Bjorn. This Other, who – dare I say it? – might possibly be as worthy of a child’s devotion as I?

What I discovered as I began, tentatively, to air these feelings, is that other women have them, too. With the slightest provocation, co-workers, women in the dentist’s office, clerks in the infants’ section in department stores all confess the tensions between themselves and their counterparts. They start off laughing and then lower their voices, glance furtively around, and whisper stories of competition or contempt. “I never tell anyone this,” they confide. “I thought I was the only one who felt this way.” (Might, in fact, the Doppelgramma harbor these same feelings towards me?)

In some great balancing act, the universe has conspired to clearly define our spheres. The redhead is clearly the beach Grandma; I haven’t owned a bathing suit since 1978. I have a Ph.D.; she never went to college. I’m (thankfully) younger; she’s (annoyingly) more photogenic. She’s got the bicycles, horseback rides and ice skates covered; I have dibs on the art kits, puppet theatres and books. She looks forward to taking “our” grandchildren to playgrounds and Yankees games; I’ll handle Barnes & Noble, Broadway and the Met, thank you very much.

I suppose any little girl could do worse than having two women who adore her and think she’s the center of the universe. And I suppose there’s a possibility I can (begrudgingly) learn to orbit a planet as one of two moons.

But don’t come near my darlings bearing beginners’ needlepoint or first editions of "Eloise."

Deborah Kelly Kloepfer of Buffalo thinks it could be OK that another grandmother also adores her granddaughter.