Because of the lateness of the season, they probably won't be replaced right away, New York Power Authority officials said.

In some ways, the timing was fortuitous.

A late-February warm spell combined with rainfall and the weekend winds slashed the ice cover on Lake Erie from about 80 percent last Saturday to just 34 percent on Tuesday, according to Great Lakes Environmental Research Laboratory data. Typically, about 60 percent of Lake Erie remains covered in ice by the last day in February, data shows.

The Power Authority installs the 8,800-foot ice boom between Buffalo Harbor and Fort Erie every December as a way to ensure ice floes don't scour and erode the shoreline of the Niagara River and damage hydropower operations farther downstream.

On Wednesday, crews were still retrieving parts of the ice boom that became dislodged and also broke up ice lodged against the boom in places, said Lou Paonessa, a Power Authority spokesman.

Although the pontoons aren't designed to break off, what happened during Sunday's windstorm was "not an unusual thing" and the boom's cable stretching between Fort Erie and Buffalo harbor remained intact, Paonessa said.

Parts of the boom are designed to become submerged and allow some ice through during severe weather like Sunday's.

"It's doing what it's supposed to do," Paonessa said. 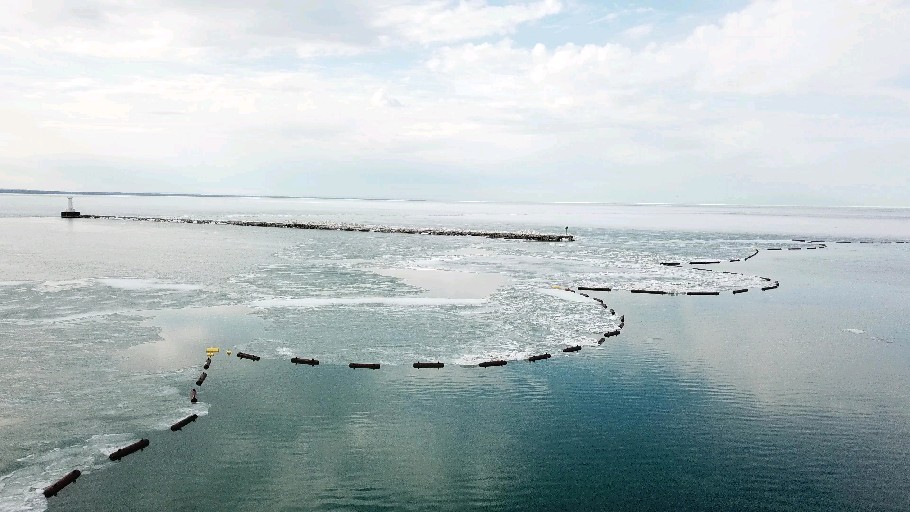 Federal buoy data at Buffalo Harbor showed a peak wind gust of 45 mph at 2:12 p.m. It also logged wind gusts over 20 mph at the harbor for nearly 13 hours starting about 11 a.m.

Paonessa said a few of the pontoons from the boom were found in shallow water and ice near Beaver Island.

Crews investigating the boom this week found the ice sheet behind the boom to be intact and "very stable," Paonessa said. 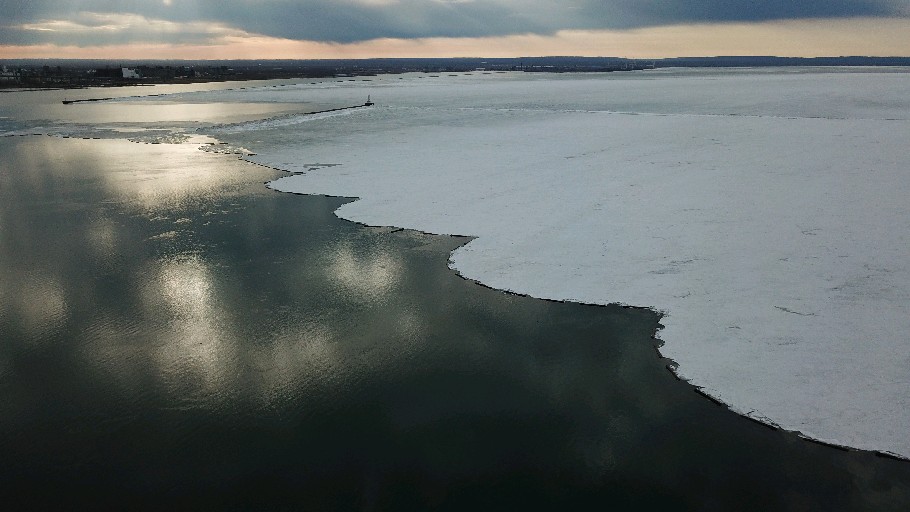