TAMPA, Fla. – Sometime in mid-March, Emily Pfalzer will return home and share her Olympic experience with Buffalo. For now, she's busy being a role model for the whole nation.

Pfalzer's whirlwind journey since winning the gold medal with the U.S. women's hockey team continued Wednesday night in Tampa Bay. She and most of the players were in Amalie Arena to see the Lightning host the Buffalo Sabres, and they were celebrated before the national anthem.

Chants of "USA, USA" drowned out the public-address announcer. The team held its pre-Olympic training in the Tampa area, so the visit was essentially a homecoming.

"It's so cool just to see the excitement," Pfalzer said. "When we came back to Tampa, there were so many people at our airport gate cheering us on. Delta had cake at the gate and a champagne toast, and it was pretty special.

"Seeing everyone's reaction is amazing, and we want to share it with everyone."

They're doing their best. They Olympians were also honored before a Kings game in Los Angeles. They've made television appearances with everyone from Ellen DeGeneres to NHL Network.

"It's a lot of responsibility but something that we're really embracing," Pfalzer said. "Hopefully, we influence more girls to start playing hockey." 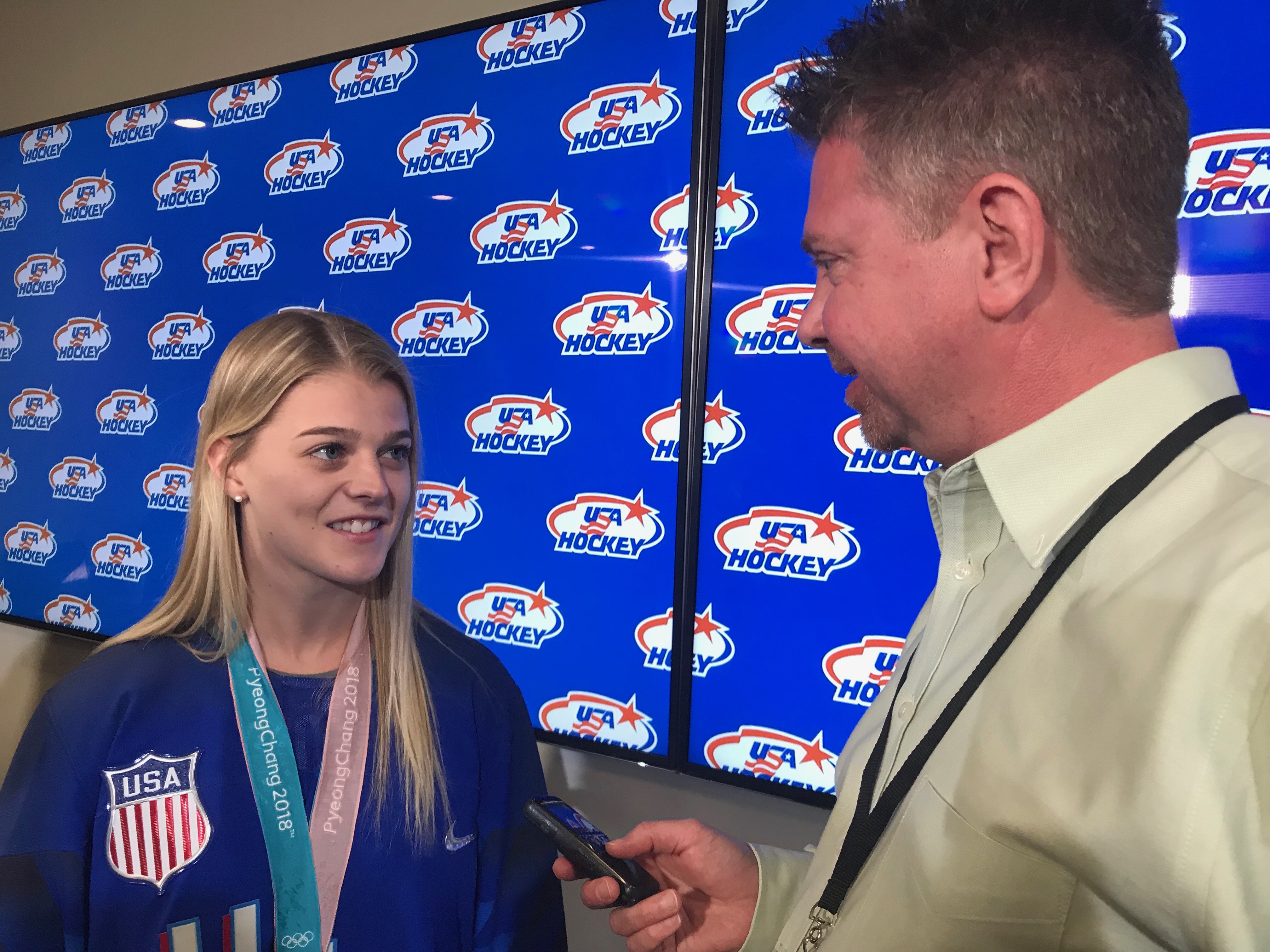 The 24-year-old defenseman flashed back to her roots Wednesday. She recalled playing on the family's backyard rink in Getzville with her brothers. Her family joined her in South Korea for the Games, and her extended Buffalo family is looking forward to welcoming her home.

"Buffalo has been amazing. Everyone is so supportive of everyone," Pfalzer said. "My parents have literally done everything they could to put me in a position to succeed. Just to share it with them, it's as much of journey for them as it was for me. It was pretty special."

The U.S women won the gold last week with a 3-2 shootout victory over Canada.

"It was pretty crazy, nerve-wracking definitely, but I knew all our shooters were going to do amazing, and our goaltender was just a rock back there," said Pfalzer, whose team got the winning goal from Jocelyne Lamoureux-Davidson and the clinching saves from Maddie Rooney.

Since arriving in the United States, the players have seen how the victory has inspired a legion of young girls and hockey fans.

"You see the support and the smiles, and you rally around it because it's a once in a lifetime opportunity," said defenseman Kacey Bellamy. "You're just there for them, and you're celebrating it together."

Among Western New Yorkers, there was much rejoicing for Emily Pfalzer